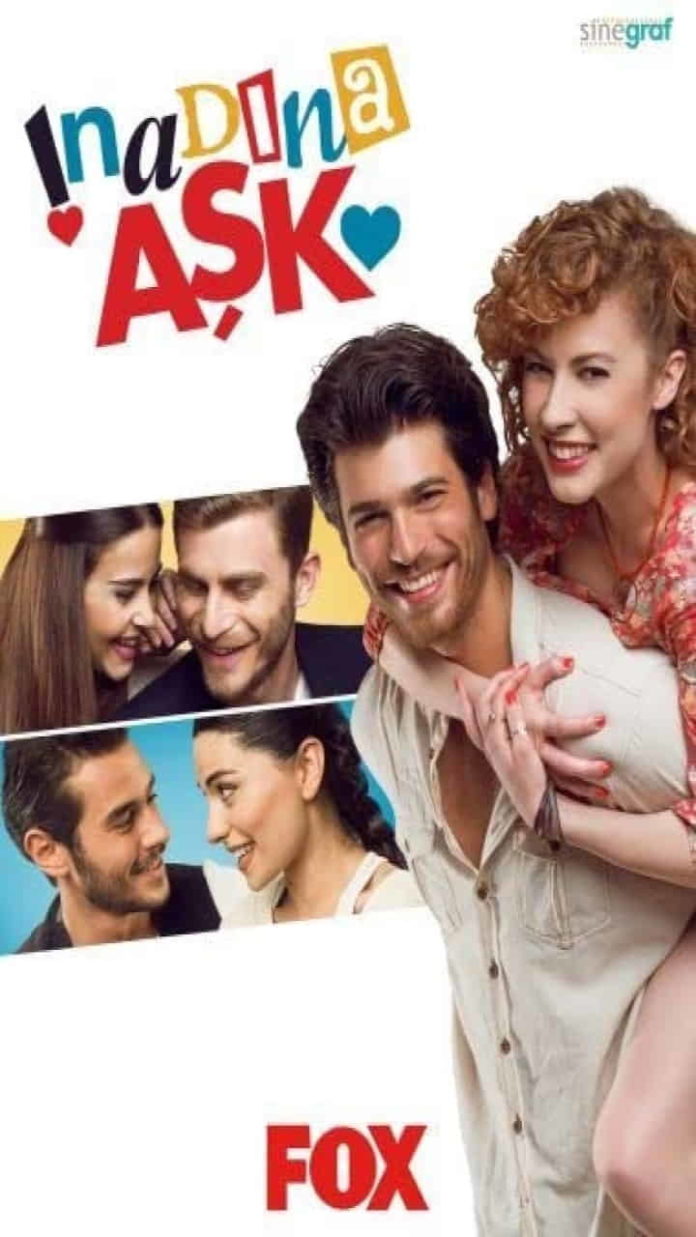 Inadına Ask (English Title: Love Out Of Spite) is a 2015 romantic comedy series from FOX starring Açelya Topaloğlu and Can Yaman. The first episode of the series was broadcast on July 2, 2015. Inadına Ask ended in the 32nd episode published on February 3, 2016, by making a final.

Men and women are stubborn, but love is even more stubborn. Inadina Ask will be so popular among youngsters of every age. The series is produced by Sinegraf and the leading roles are played by Acelya Topaloglu and Can Yaman. This is the first romantic comedy series of Osman Sinav who is one of the leading directors of Turkey.

Inadina Ask is a romantic comedy that is full of love, affection, hatred, and games. The story begins when Defne whose family is from the Blacksea region starts to work in Aras Technology where the boss of the company is Yalin who is handsome and a womanizer. The story begins as opposing characters Defne and Yalin hate and have conflicts with each other. When Defne’s macho brother Cinar intervenes, things get really complicated. But the real blast will begin when Cinar falls in love with Yalin’s sister Yesim.