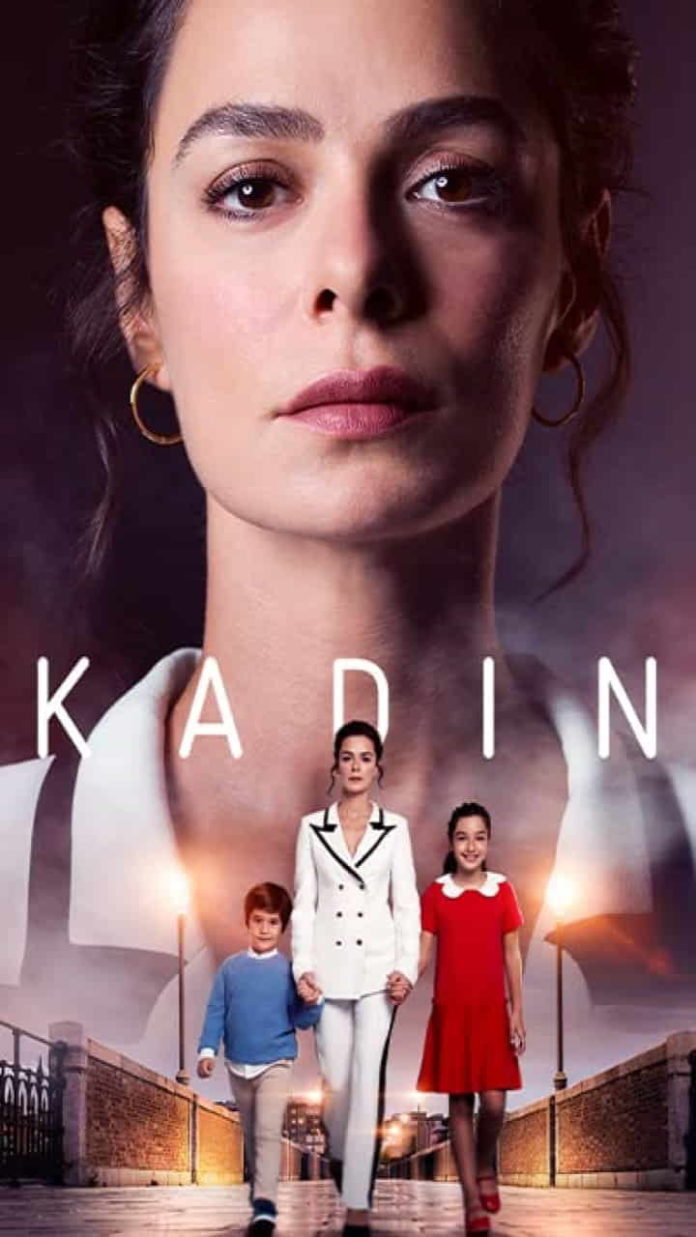 Kadın (English Title: Woman) is a Turkish drama television series based on the 2013 Japanese drama Woman, starring Özge Özpirinçci, Caner Cindoruk, and Bennu Yıldırımlar. It premiered on Fox on October 24, 2017.

The series was ended on February 4, 2020, after 81 episodes and three seasons.

This series follows the life of Bahar, a young widow with two children. She was abandoned by her mother when she was 8 and later loses her grandparents. Soon, Bahar meets Sarp, with whom she falls madly in love, but loses Sarp too as well after some years together. Bahar was left alone with her two children, Nisan and Doruk. Together, they turn life into a game, poverty into fun, and absence into joy. She believes that when one has a smile on their face, their heart also responds with a smile. Sometimes, she talks to Sarp’s photograph about all her troubles, remembering their past life.

Bahar has given up her own life for her children. Her mother Hatice comes back into her life after 20 years of absence. Bahar wants to get close to her mother again but her half-sister, Şirin tries to prevent her mother and sister from bonding. In order to protect Şirin’s mental well-being, Hatice turns her back on Bahar even though Bahar needs her. Hatice’s husband, Enver, and Bahar’s best friend, Yeliz care about Bahar and help her. Soon, Bahar moves to a new apartment and meets Arif and Ceyda. Arif is the son of the owner of Bahar’s flat. Ceyda initially refuses Bahar but later helps Bahar survive after learning about her.

Meanwhile, Sarp is shown to be alive, pretending to be a man named Alp Karahan. He is married to Pırıl and has twin children. He is told by Pırıl’s father, Suat that Bahar and her children died 4 years ago, which is a lie made up by Şirin. To prove this, Suat makes fake graves and shows them to Sarp who believed that. Soon, Sarp meets Şirin. It’s revealed that Şirin was in love with Sarp 4 years ago and she was the reason for Sarp’s ferry accident. Suat kidnaps Şirin to stop Sarp from learning that Bahar is alive.

Bahar’s condition worsens and she is admitted to a hospital. Arif now has feelings for Bahar, proposes to her. One day, Doruk sees Sarp across the road and calls him father. Sarp is confused and comes to see him at Enver’s house. He meets Enver and learns that Bahar and his kids are alive. Sarp is shocked, realizing that Suat had lied to him. He goes to the hospital and unites with Nisan and Doruk. He learns about Bahar’s situation and brings Şirin back to give bone marrow to Bahar. After Bahar’s recovery, she meets Sarp after being separated for years. She accepts Sarp, unaware that he has remarried. Bahar ignores Sarp, after learning the truth. One night, To save Bahar and the kids from Nezir’s henchmen, Sarp comes to pick them up to go Pırıl’s house. He escapes with Bahar and his kids from Bahar’s home when the henchmen surround it. Unfortunately, Yeliz is shot to death. Bahar lives in Pırıl’s home with her kids. Soon, she learns about Yeliz’s death, breaks down, and blames Sarp. She tries to leave with Nisan and Doruk but is stopped by Sarp. Sarp reveals to Bahar how fell out of the ferry and how Şirin and Suat had lied to him about Bahar and his kids. Bahar is shocked and forgives him.

One day, Bahar faints on the road, and Hatice, Sarp, and Arif try to bring her to the hospital. While Arif was driving the car, he gets into a major accident. The four of them get badly injured and are rushed to the hospital. Bahar recovers, but Hatice dies. Șirin secretly closes the flow rate of the IV line connected to a sleeping Sarp and kills him. Bahar loses her mother and husband for the second time and Şirin blames Arif for their death. Shocked, Bahar completes the last rites of Sarp and Hatice while Arif gets arrested.

3 months later, Bahar is living peacefully with her children in their house. Arif is released from jail. Enver and Șirin move into a new house in Bahar’s apartment after their home burns down. Enver misses Hatice and talks to her when he’s alone. Șirin brainwashes Nisan and Doruk that Arif had killed Sarp and Hatice on purpose but in vain. Meanwhile, Şirin gets a waiter job at a restaurant belonging to Emre, who was Ceyda’s former fiancé. Emre’s son, Satilmiș considers Ceyda as his mother while Ceyda battles to get custody of her son, Arda. Satilmiș secretly earns money to keep Arda with them. Finding out this, Ceyda breaks down and considers him as her childlike Arda.

Ceyda gets a carer job at the house of Fazilet, a writer. She takes care of Raif, Fazilet’s disabled son. Fazilet meets Bahar and invites her to share her story. Fazilet writes Bahar’s story, naming the book Kadın (Woman). Bahar is surprised to see her book.

Soon, Arif finds that Sarp was killed by Șirin after hearing her voice recording. Once Bahar learns this, she follows Şirin, who has left home and is staying at a hotel. She calls Enver to meet her, and Șirin gets arrested by the Police, who admitted her to a mental hospital. Meanwhile, Arif and Bahar’s relationship gets stronger when Raif and Ceyda fall in love. Bahar and Ceyda plan to have their marriages on the same day. Bahar, Arif, Ceyda, Raif, Enver, Nisan, and Doruk celebrate together happily.

At the ceremony of introducing the author of the book Kadın (Woman), Bahar tells how she managed her life while facing so much hardship. Șirin reads Bahar’s book and regrets what she did to Bahar. Finally, Bahar and her kids get praised by the world.