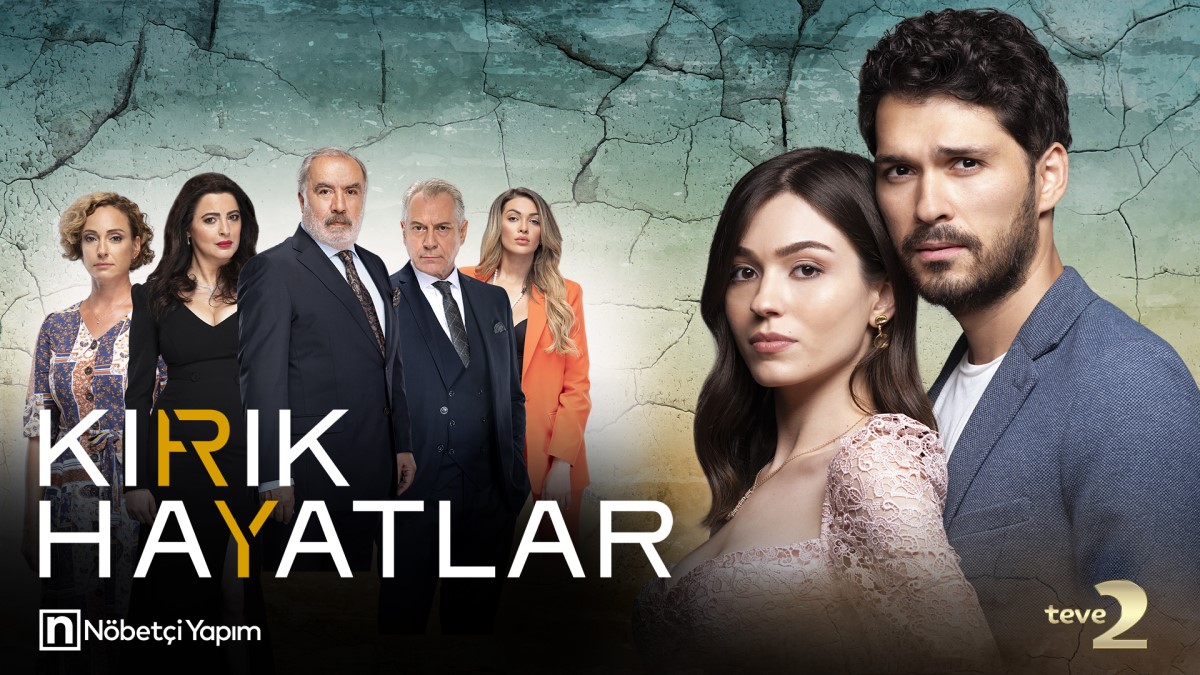 Kırık Hayatlar (English Title: Broken Lives) is a Turkish drama television series produced daily by Nöbetçi Yapım. Meltem Akçöl and Erdem Yılmaz are in the lead roles in the series. The series ended with its 100th episode aired on January 12, 2022.

The series of Kırık Hayatlar will tell the story of two young people risking everything for their love and how a mother will leave everything behind in order to keep her power, and the big reckonings that will happen after the secrets are revealed in the Kocabey mansion.

Burcu Almeman was born on December 22, 1974. She is a graduate of the Ankara State Conservatory Ballet and Theater Department. She started her acting career by acting in commercials in the first place. In the following period, she took part in serials and films. She has successfully acted in TV series such as Yarım Elma, Asla Unutma, Doktorlar, Kanıt, Adını Feriha Koydum, Küçük Hanımefendi, Çocuklar Duymasın, Pis Yedili.

Yeşim Çelebi was born in 1998. She completed her undergraduate education in the Department of Theater and Performance Arts at Yale College. She also studied Classical Acting in London. The actress of theater origin takes part in the theater stages.

She also speaks English, German, French, and Spanish. Yeşim Çelebi, who has a first-degree education in diving, has skills such as skiing, tango, horse riding, and stage fighting. Yeşim Çelebi, who appeared on the screen for the first time in 2021 with the TV series “Kırık Hayatlar”, succeeded in winning the admiration of the audience.

He was born in 1995, Aydın. His full name is Bekir Mustafa Bademoglu. He is Film and TV series actor. He is from a family of Black Sea origin. He spent his years of childhood at a university in Antalya. When he came to Istanbul, he first started modeling, but his aim was not modeling.

He was born on October 9, 1964, in Ankara. Theater, cinema, and TV series actor. He is a graduate of Hacettepe University State Conservatory. Serdar Kamalıoğlu had previously appeared in action series such as Kurtlar Vadisi and Sungurlar. In 2021, he took a role in the Kırık Hayatlar series. He continues to take part in new projects.

Erdem Yılmaz, who was born in 1990 in Istanbul, last appeared with the character of Mert in the series Kardeş Çocukları. Erdem Yılmaz, a graduate of Yeditepe University Theater, took front-stage acting lessons from Ümit Çırak. Erdem Yılmaz, who started acting in daily series such as Aşkın Bedeli and Alin Yazim, could not show himself in the TV series Seni Kimler Aldi.