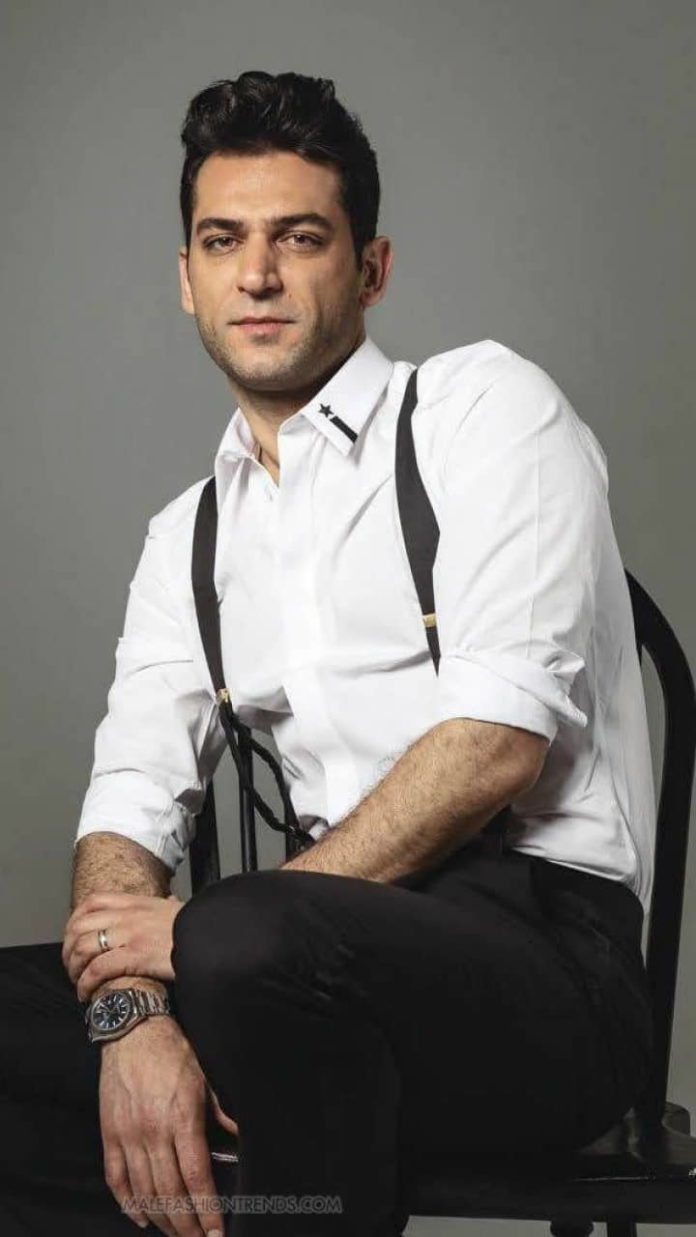 Murat Yıldırım was born in Konya, Turkey. His father is of Kurdish origin and was a teacher of literature. Yıldırım’s father speaks Turkish and Kurdish. His mother is of Arab descent and speaks Arabic as well, but Murat Yıldırım is neither fluent in Kurdish nor Arabic. Due to his father’s job Yıldırım grew up between Konya and Adana. He has two sisters.

He graduated in Mechanical Engineering from the Yildiz Technical University in Istanbul, Turkey and he has a keen interest in mathematics. His interest in music and theatre started early on in his life as well. As a student, Yıldırım played drums in a band. During his studying period, he also started performing with his University’s theatrical team and attending acting lessons.

After performing three years in theater, a writer who watched him perform in a comedy recommended him to attend a casting in Beşiktaş Kültür Merkezi. Thus he played his first minor role in Olumsuz Ask which was written by Yılmaz Erdoğan. Later he performed in Bütün Cocuklarim and in Büyük Yalan. He also had a brief appearance in the Turkish film Organize İşler. His first leading role was in the series Fitrina where he met his future first wife, Burçin Terzioğlu, the same year he got nominated for Golden Orange Award for Best Actor for his leading role in the film Araf.

In 2007 he starred in Asi which was nominated for the International TV Audience Award-Best Drama TV Series at the 51st Monte-Carlo Television Festival. During the filming of Asi, he starred opposite Beren Saat in the movie Güz sancisi about Istanbul pogrom.

After the end of Asi Yıldırım agreed to act in Aşk ve Ceza. His next role, in 2012, was Ecevit in the series Suskunlar. In late 2014, Yıldırım returned on screens, after a break of one a half years, portraying Lieutenant Sadık Turan in the movie Kırımlı based on the autobiographical novel Korkunç Yıllar.

In 2015, he appeared as Sinan in the film adaptation of Turkey’s 2014 best-selling novel Kocan Kadar Konuş “Kocan Kadar Konuş 2 Diriliş”. The romantic comedy was released on 20 March 2015, to positive reviews. Due to its commercial success, a sequel was announced shortly after the film’s release. The sequel, named Kocan Kadar Konuş-Diriliş was released on 1 January 2016. In middle 2015 Yıldırım signed a contract with O3 productions and MBC Group for an upcoming series, which eventually premiered in early 2016 under the title Gecenin Kraliçesi. In 2017, together with his wife Iman Elbani, he played in a music video for American singer Jessica Sutta’s single, “When a Girl Loves a Boy”.