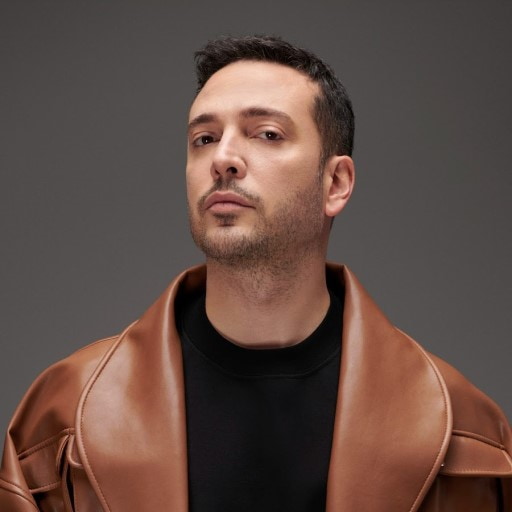 Oğuzhan Koç (born 13 May 1985) is a Turkish singer-songwriter, actor, screenwriter, TV host, composer, music producer, and comedian. He studied at the Bursa State Conservatory’s Music Department for high school and elementary school. At the age of twelve, Oğuzhan Koç met comedian Eser Yenenler and writer İbrahim Büyükak in Bursa and they started their collective career together.

Koç was born on 13 May 1985 in Refahiye, Erzincan. He and İbrahim Büyükak played in Bursaspor Young Football Team for a short time. He simultaneously started to study in the Anthropology Department of Istanbul University and pursued an online education in the Business Department of Anadolu University after spending one year in the Labour Economy Department of Dokuz Eylül University.

Koç, who has been interested in performing arts from a young age, joined the BKM Theatre in 2006, with Eser Yenenler, İbrahim Büyükak and Zeynep Koçak. He and BKM actors worked as screenwriters and performed as actors in Kanal D’s theatrical comedy Çok Güzel Hareketler Bunlar, which was awarded at 36th Golden Butterfly Awards as the Best Comedy Show. He wrote and composed the hit song “Gül ki Sevgilim” which was performed by Ferhat Göçer and later by himself.

He similarly gave the hit song “Giden Günlerim Oldu” to Gülben Ergen for her album Uzun Yol Şarkıları. The song was recorded as a duet and he later appeared in its music video. He received great acclaim for his humour songs “Uzun Hava (Oscar, Fikrimi Çaldı)”, “Domuz Gribi”, “Unutulmaz ki”, “O Benim Arkadaşım (Oscar)”, “Uzun Hava (with Eser Yenenler)”, “Oscar (with Eser Yenenler)”, “Bilmiyorum”, “Yatırbank”, “Yapma Gülsüm”, “Aduket” and other musical performances which were composed by himself and published in Kanal D’s Çok Güzel Hareketler Bunlar. In 2009, he took a role in the movie Neşeli Hayat directed by Yılmaz Erdoğan.

In 2010, Koç starred in the movie titled Çok Film Hareketler Bunlar, which was written and directed by BKM actors. He was also awarded the “Best Soundtrack” award at the 17th Kral Music Awards for composing the songs “El Alem Ne Der” and “Uçanları Vurmasınlar” for the movie’s soundtrack. He also wrote and composed the songs “Sebepsiz Aşk” and “Dudaklar Kavuşsun”, which were released unofficially.

Together with Eser Yenenler and İbrahim Büyükak, Koç presented the talk show 3 Adam between 2013 and 2017. Koç’s first album, Ben Hala Rüyada, was released on 2 December 2013 by Esen Müzik. The album, which was entirely prepared by himself, was awarded at the Golden Butterfly Awards and Turkey Music Awards. In April 2015, he wrote and composed his new duet with Gülben Ergen, titled “Aşkla Aynı Değil”, which was released as a single.

Koç then had a leading role in the movies Yol Arkadaşım and Yol Arkadaşım 2 as Onur Güzel, which were written by İbrahim Büyükak. Together with Gülben Ergen and Eser Yenenler, he took part in the Turkish dubbing of musical theatre Pinokyo. He was then cast as a voice actor in the animated sitcom Fırıldak Ailesi, voicing a single character together with Eser Yenenler and İbrahim Büyükak. He became one of the voice actors chosen for the animated movie Doru.

In 2016, he collaborated on Murat Boz’s new album Janti, by giving him the song “Yüzüm Yok”, the acoustic version of which was performed by Oğuzhan Koç on his album Ev (2020). On 7 October 2016, he released the single “Bulutlara Esir Olduk”, which was written and composed by himself, followed by a music video on 17 October. At the same time, he prepared the song “Berhudar Olmak Zor” that was used on the soundtrack of İbrahim Büyükak’s movie Küçük Esnaf.

In April 2017, Koç released the single “Küsme Aşka”, the lyrics and music of which belong to himself. The song was arranged by Ozan Çolakoğlu and its music video was directed by Bedran Güzel, featuring appearances by Sinan Tuzcu, İrem Sak, Şahin Irmak, Begüm Birgören, Eren Hacısalihoğlu, Serkan Şenalp, Alina Boz and Dilşad Şimşek. Koç continued his career by releasing singles such as “Aşinayız” (duet with Murat Dalkılıç), “Beni İyi Sanıyorlar”, “Takdir-i İlahi”, and “Sükut-u Hayal”, all of which were written and composed by himself. He and 39 singers appeared on the Yıldız Tilbe tribute album Yıldız Tilbe’nin Yıldızlı Şarkıları, in which he performed the song “Çat Kapı”.

In 2020, he released a new album Ev, which consisted of 5 new songs and the acoustic version of 11 of his previous songs. He wrote and composed the song “Her Mevsim Yazım” which was performed by Zeynep Bastık and they later performed it together as a duet. He later released the singles “Kendime Sardım”, “Heyecandan” and “Yoksa Yasak”. Koç later appeared on Mesaj, a tribute album to Melih Kibar, and performed the song “Deli Divane”.