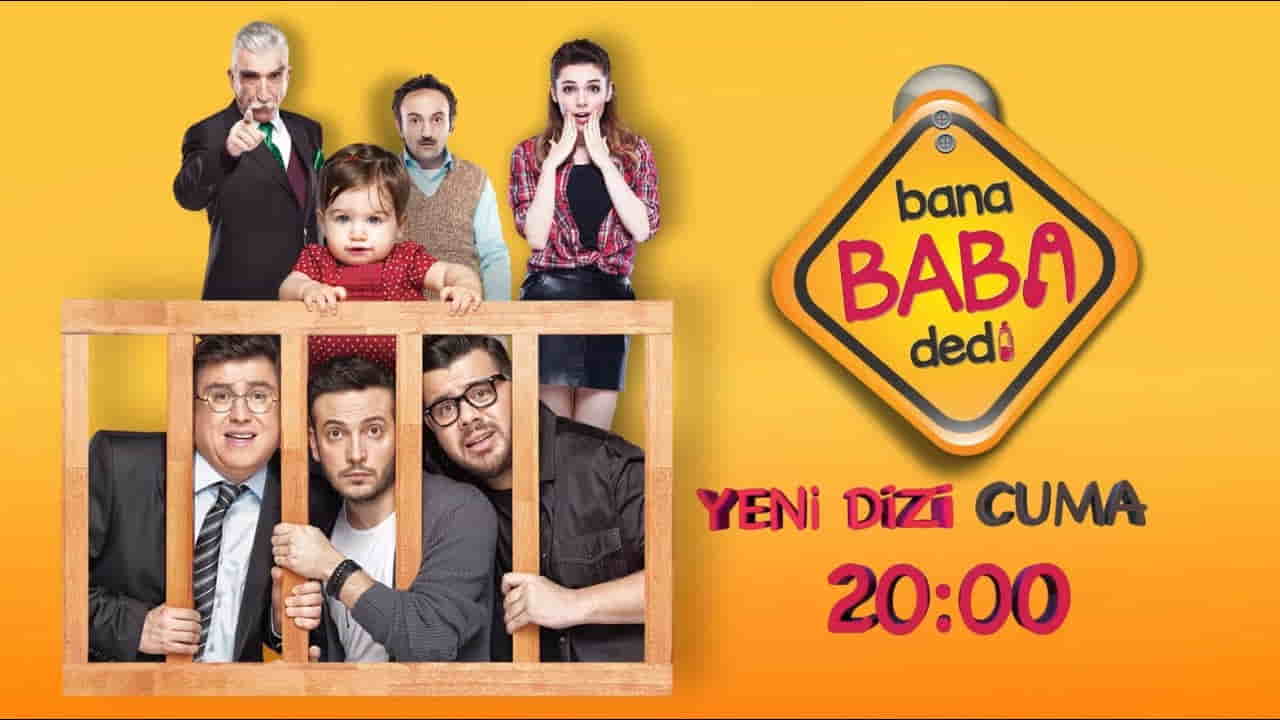 Bana Baba Dedi (English Title: He Called Me Dad) is a comedy Turkish television series that aired on TV8 in 2015. It was canceled by making the season finale with its 7th episode published on May 29, 2015.

Kaan is a music-loving young man trying to stand on his own feet by working as a waitress. His best friend Cüneyt convinced his father to rent the flat on the ground floor to Kaan. The lives of these two friends, whose food and drink do not go together, get mixed up when Kaan’s older brother Bora, who could not be stuck with an axe, settles in the house.

However, the surprise that will turn Kaan’s life upside down, who had an unfortunate marriage years ago, is in a stroller left in front of the door. This little baby, who needs to be kept away from Cüneyt’s father Macit and to be taken care of, will cause his middle school friends “Duba Didem” to re-enter their lives.

At the age of twelve, Oğuzhan Koç met comedian Eser Yenenler and writer İbrahim Büyükak in Bursa and they started their collective career together. Also, he and İbrahim Büyükak played in Bursaspor Young Football Team for a short time. Koç, who has been interested in performing arts from a young age, joined the BKM Theatre in 2006, with Eser Yenenler, İbrahim Büyükak and Zeynep Koçak.