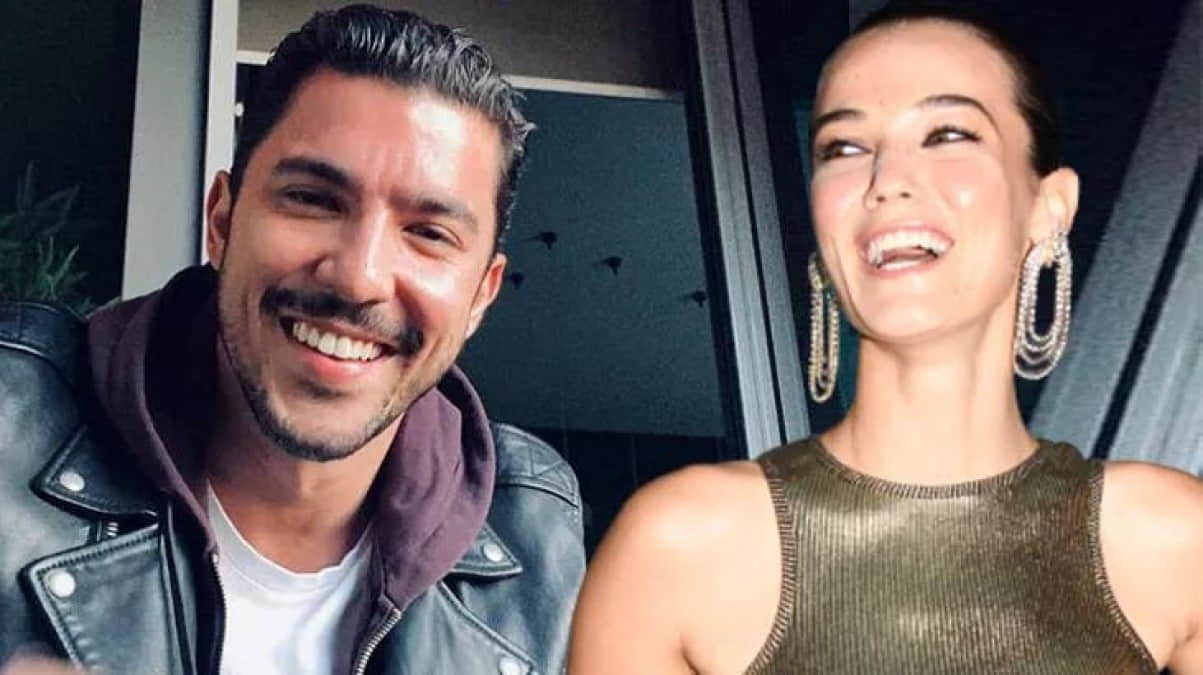 The successful actress Pınar Deniz, who made a name for herself with her performance in Kanal D’s popular TV series “Yargı“, has recently come to the fore with her love affair with Kaan Yıldırım. Deniz, who participated in the promotion of a brand that she is the face of the other day, met with journalists and made remarkable statements about both her relationship and herself.

Lately, Kanal’D’s Yargı broadcast on the screens, the shining star with her performance in the series. Pinar Deniz had parted ways with actor Yiğit Kirazcı, with whom she had a love affair for a while, in the past months. After the breakup, Deniz made a statement “Everyone’s own story continues”, finally, the actress who got involved in love gossip with her name with Kaan Yildirim.

“A FULL SELF BRAND”

The famous name, who continues her happy relationship with Yıldırım, finally went before the lens for the promotion of a brand that she is the face of. Deniz, who also met with members of the press at the promotion night, said that she was working after checking whether it matched the spirit and attitude of the advertising campaign she cooperated with, used the following terms:

I am a very busy person. When an actor integrates with the advertisement, it definitely needs to match his spirit and attitude. At least I am that person. It’s a brand just for me, so I think we suit each other very well. When I deal with an advertising campaign, if I’m going to defend it, I’m in it. I became integrated with the brand that I will wholeheartedly defend.

“I AM NOT A CHANGING FASHION PERSON”

Pınar Deniz stated that she spends money on clothes and dressing well, but prefers products that she can wear for years without going into a consumption frenzy, “I’m not that changing fashion person, I like a little more classic pieces. Making those immortal pieces modern makes a bigger impression on me. I mean, I’m not actually that changing fashion person. Earlier, I had the idea of ​​not investing in clothes. “I spend money now because it is directly proportional to this money. But not in terms of consumerism, I try to buy fewer pieces, pay better prices, and buy pieces that I can wear for the rest of my life. I don’t have a brand obsession, I’m not that person at all,” she said.

“I CRY WATCHING MYSELF!”

Deniz, “Would you go in front of the screen and watch yourself?” To this question, she replied:

I’m even cried watching myself! I mean, I’m trying to watch myself objectively, so I get into the story and watch it. So I’m watching myself now. I’m a big self-critic, I see where I went wrong and try not to do it again. So there are a lot of things I don’t like. I accept criticism from people close to me, I usually ask around.

“I AM MOTIVED BY WORKING”

Explaining that she is a workaholic and that she does not feel well if she does not work and produce, the famous actor also said that she was happy because she was always remembered for her work. “To arrive at his job can be the greatest thing an actor can wish for. And I always came out with that intention, to exist with my job and to be remembered for the work I do. Never to be mentioned with the adjectives of beauty or whatever. “I’m remembered, and I’m happy about it. I’m a bit of a workaholic, yes, of course, I’ve done a few projects in a row, but I was very selective and accepted these jobs. I think I’m a motivated person by working. If you sit me down for a week, I might be unhappy, I need to produce and feel useful.” continued.

“WE RESPECT EACH OTHER’S WORK”

The successful actress also stated that the pace of work did not prevent her from meeting with her colleague Kaan Yıldırım, with whom she set sail for a new relationship, “Because we both do the same job, we respect each other’s work, I think he is a workaholic as much as I am. That’s why he never gets in the way, that’s zero,” she said.