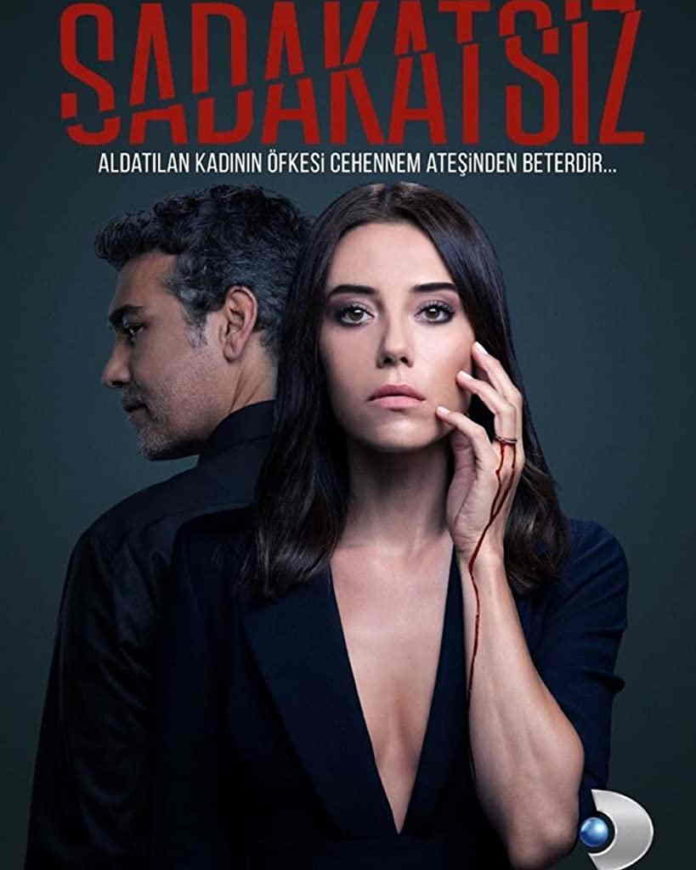 Sadakatsiz (English title: Unfaithful), produced by Med Productions and Mednova, directed by Neslihan Yeşilyurt, and written by Kemal Hamamcıoğlu and Dilara Pamuk, a Turkish television series in the genre of drama and psychological thriller. British made Doctor Foster Based on the sequence. Cansu Dere, Caner Cindoruk, and Melis Sezen are the leading roles.

“Doctor Foster”, a five-part British miniseries that tells the story of a woman named Gemma Foster who doubts her husband’s betrayal, is adapted to Turkey. Caner Cindoruk will portray his wife in the series, which he doubts about Cansu Dere’s betrayal. The psychology and struggle for the life of the woman who was cheated on in the series will be conveyed.

Starring Cansu Dere, a young and beautiful actress, and Caner Cindoruk, the successful actress who has starred in recent years and finally appeared in the series Zemheri. Neslihan Yeşilturt will sit in the director’s chair of the series, while Kemal Hamamcıoğlu will write the series. Here’s a list of the actors who will appear in the series and the interesting and stunning story of the series! Cansu Dere, Caner Cindoruk, Özge Özder, Eren Vurdem, Burak Sergen, Taro Emir Tekin, Berrin Partridgeliler, Yeliz Kuvancı, Gözde Seda Altunner, Nazlı Bulum were such names will portray in this series. Especially Cansu Dere and Caner Cindoruk’s name created excitement in the audience, Ozge older and Burak sergeant names were also greeted with great excitement in terms of the audience. While the cast of the series is not yet finished, it is not yet known which character the actor will bring to life in the series.

It comes to the screen of an issue that questions the relationships and marriage of unfaithful men and women, who will be adapted to Kanal D from the “Doctor Foster” Series for this season. The woman, who works as a Doctor in the series and has a happy marriage, finds a hair on her husband’s scarf one day and suspects it. The woman begins to investigate who this hair may belong to. After a while, the woman who began to accuse her of her husband’s suspicion, then learns that her husband is actually cheating on her and has to face it and deal with it. Moreover, the woman she cheated on is the daughter of her husband’s co-worker and she is pregnant.

Caner Cindoruk (born 17 April 1980) is a Turkish theater, cinema, and television actor. His maternal family is of Yörük descent who a Turkish ethnic subgroup. His paternal family is of Kurdish origin. His mother is Müşerref, and his father is the story writer Zafer Doruk, a two times recipient of the Orhan Kemal Story Award. He has two siblings, Münir Can Cindoruk and Taner Cindoruk, and first became interested in theater under the influence of his family. His uncle, Erdal Cindoruk, is a theater actor. Cindoruk’s childhood years were spent in the backstage of theaters. He always found work on stage at his middle school and high school and appeared in a number of plays during his university years.