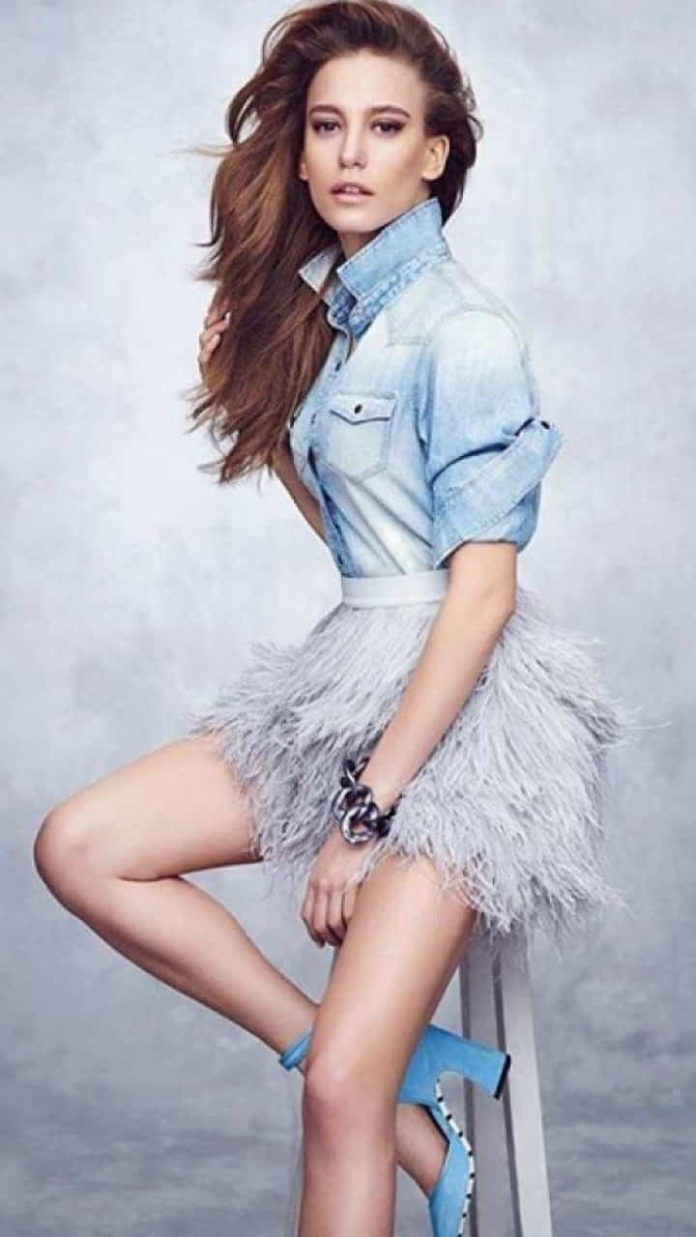 Serenay Sarıkaya (born 1 July 1992) is a Turkish actress and model.

Sarıkaya made her acting debut with a minor part in the movie Şaşkın (2006) and later starred in the film Plajda (2008). In the same year, she appeared in the television series Peri Masalı (2008) directed by Sinan Çetin and was later prepared by him for her first leading role in Limon Ağacı (2008). She later appeared in Adanalı (2008–10). Sarıkaya became the first runner-up at Miss Turkey in 2010. She came to international attention for her roles in Lale Devri (2010–12) and Medcezir (2013–15) and received critical acclaim and won numerous accolades, including two Golden Butterfly Awards. She continued her movie career with a role in Behzat Ç. Ankara Yanıyor (2013).

In addition to her acting career, Sarıkaya has appeared in many advertising films and is the face of numerous brands. In 2014, she was chosen as the Woman of the Year by GQ Turkey.

Serenay Sarıkaya was born on 1 July 1992 in Ankara to Seyhan Umran and Mustafa Sarikaya. She resided with her family in Antalya until the age of 7 when her parents separated. After her father’s remarriage, she moved to Istanbul with her mother. She later described her experience of growing up without her father in an interview: “For a little girl, the father is a special factor in her evolution. Growing up without your father is a big experience”. At that time, when they wanted to decide about their living in Antalya or Istanbul, Sarıkaya told her mother that she wanted to become an actress and made her mother move to Istanbul.

Sarıkaya later studied at Antalya Saime Salih Konca High School and although she wanted to continue her studies in university, she hasn’t received any degree yet. During her childhood, Sarıkaya wanted to become a model. She has been an avid player of volleyball and also frequently takes part in basketball. She is also interested in tennis and Latin dance. At the age of 15, Sarıkaya participated in the European Junior Beauty Contest held in the Czech Republic and received a special prize from the jury.