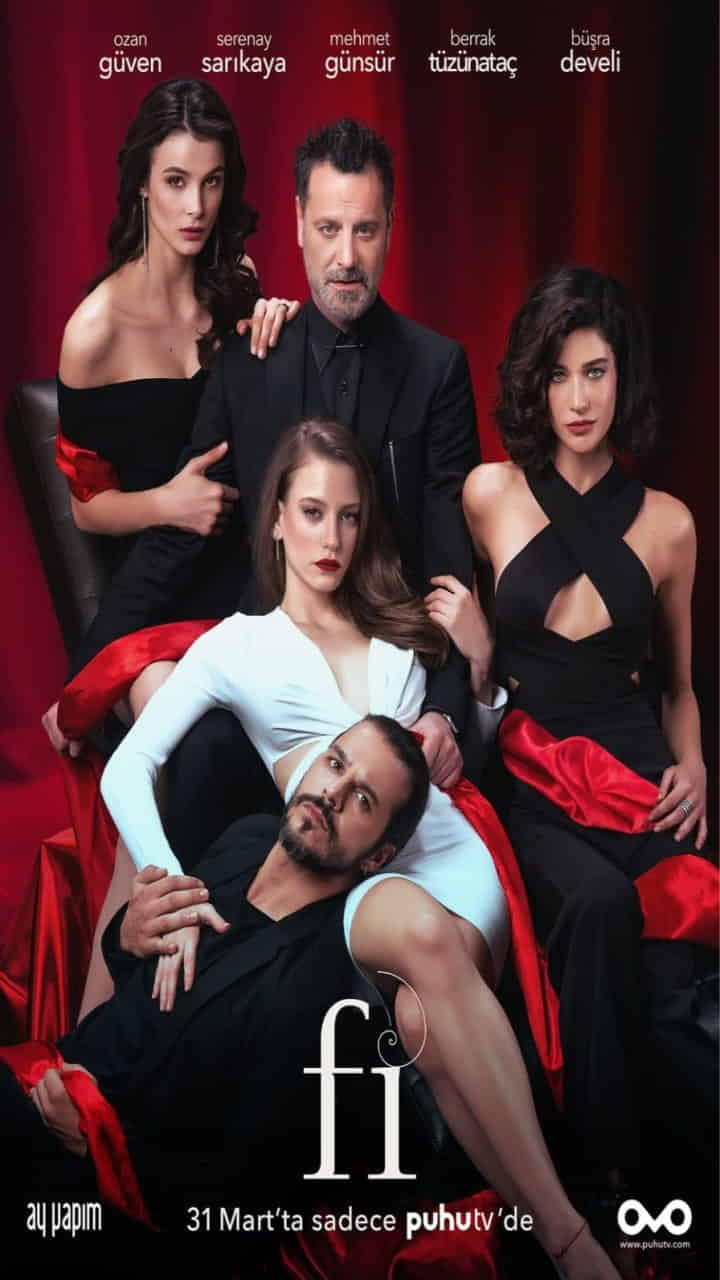 Fi is a Turkish psychological thriller television series originally streamed online by puhutv. It is an adaptation of Azra Kohen’s novels Fi [tr], Çi [tr], and Pi [tr]. Its first season consists of 12 episodes which were released from 31 March 2017 to 16 June 2017. The second season started in October 2017.

Within 50 hours of the first three episodes being released, it reached 3.5 million viewers. The first 9 episodes reached 50 million viewers. According to statistics that were collected by various Turkish agencies, among the 48 million Internet users in Turkey, the number of users watching Fi at the time was 8 million.

In season one, the life of psychiatrist Can Manay is explained. Manay teaches psychology in college and also performs therapy on his own television program. He falls in love with Duru, a young and aspiring dancer, whom he meets by coincidence, but Duru has a lover named Deniz, a talented musician. Also where he teaches at school, he has a student named Bilge, whom he believes will become a good psychologist and he pushes her boundaries. On the other hand, Özge Egeli, an ambitious young journalist, is determined to reveal the dirty past of Can Manay.