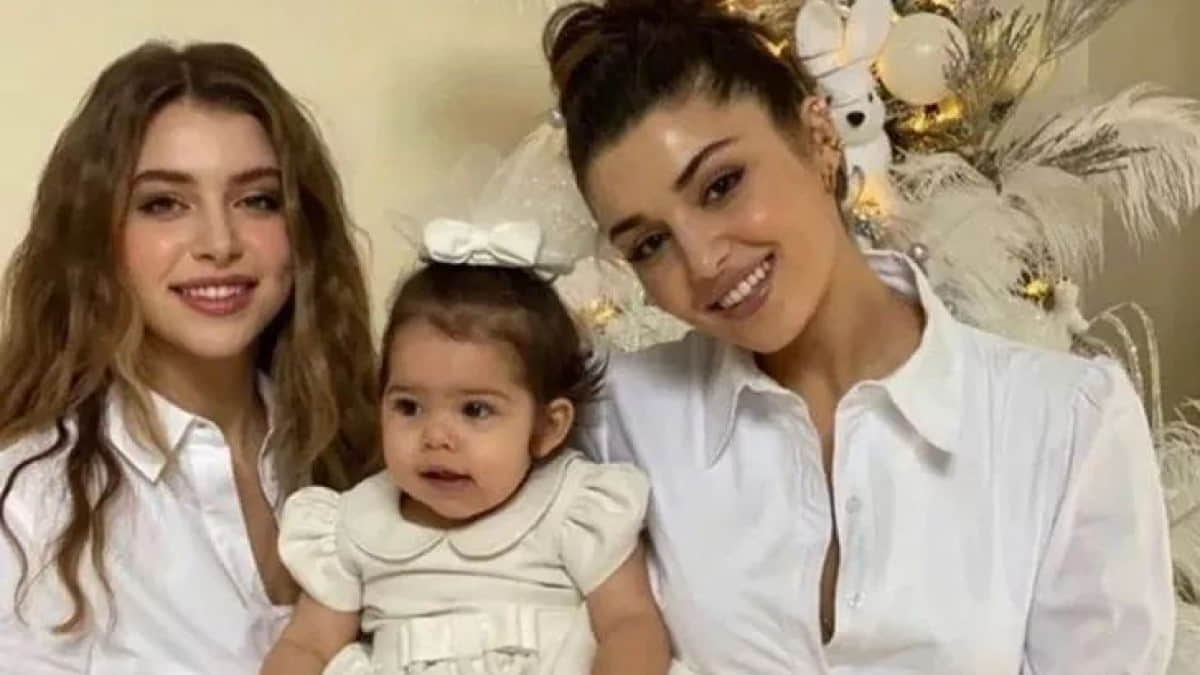 The influencer sister of actress Hande Erçel, who is 2 years older than herself, Gamze Erçel, and her husband Caner Yıldırım were almost devastated by the bad news they received. Hande Erçel’s niece Aylin Mavi Yıldırım, 2.5 years old, started to receive cancer treatment. Announcing the heartbreaking news live, Arto said, “They go to the hospital in March because of the swelling in their abdomen, and unfortunately they are starting to receive cancer treatment.”

Gamze Erçel, who became famous thanks to Hande Erçel, married interior designer Caner Yıldırım in 2019 and experienced the excitement of being a mother for the first time by taking her daughter Aylin Mavi in ​​her arms that year. There has been devastating news about Gamze Erçel’s little daughter Aylin Mavi, named after her mother Aylin Erçel, who succumbed to cancer in 2019. Arto, one of the presenters of the program “Söylemezsem Olmaz”, which came to the screen with the presentation of Seren Serengil, Arto, and Bircan Bali on Beyaz TV, announced that her 2.5-year-old niece Aylin Mavi, who drew attention with her resemblance to actress Hande Erçel, was undergoing cancer treatment.

It was revealed that Aylin Mavi, the daughter of 28-year-old actress Hande Erçel’s 30-year-old sister, Gamze Erçel, who was born from her marriage to Caner Yıldırım, received cancer treatment. In the face of the bad news Arto announced, both the presenters in the studio and the people on the screen experienced great sadness.

The disease of Aylin Mavi, who is only 2.5 years old, first appeared when she went to the doctor as a result of her family’s suspicions.

Making a statement on the subject in the program, Arto used the following expressions: “It’s sad news… Hande Erçel’s niece is from Gamze Erçel’s daughter, Mavi. Truly heartbreaking news. Unfortunately, his 2.5-year-old nephew Mavi Yıldırım started to receive cancer treatment. They go to the hospital in March because of the bloating in her stomach and unfortunately she is starting to receive cancer treatment. Our prayers are with her. What a beautiful girl. The scary thing is that the mother also dated. She is being sent to a famous hospital. I didn’t want to share it because it’s very sensitive news.”