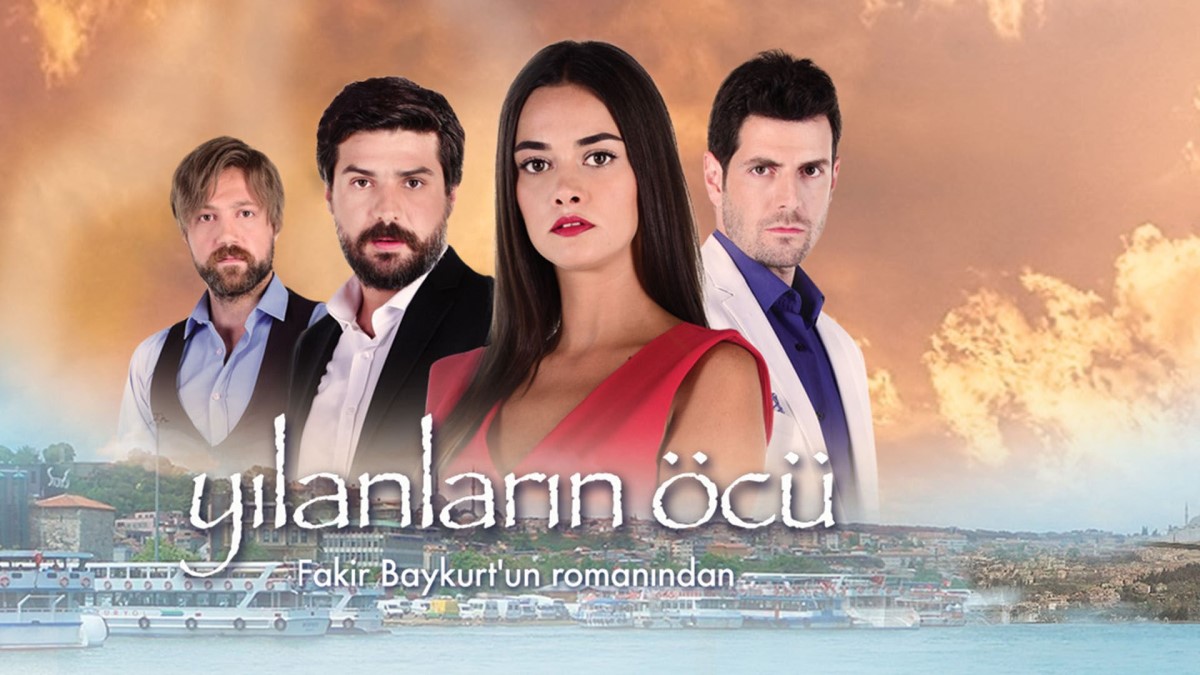 Yılanların Öcü (English Title: Vengeance Of The Snakes) is a drama Turkish television series adapted from the novel by Fakir Baykurt. He undertook the production of Koliba Film. The script was written by Ali Esen Bilen, Bekir Baran Sıtkı and Rana Mamatlıoğlu, and the producer was Ata Türkoğlu and the director was Cemal Şan. Starring Cemal Toktaş, Hande Soral, Ceyda Ateş, Ahmet Varlı, Korel Algerian, Burak Can and Sibel Şişman television series.

The series started broadcasting on August 27, 2014, and made the first finale of the season on July 8, 2015. On September 9, 2015, he started the second season and included his new story in the series from the 45th episode. It ended in the 49th episode, which was broadcast on December 2, 2015, by making a final.

Irazca, who lives in Karataş village with his son Kara Bayram, his daughter-in-law Haçça and grandchildren Ahmet and Şerife, is told about the rebellion against the hierarchy in the village. Deli Haceli and his wife Fatma complain that their house is too humid and they build a house right in front of the house where Irazca and his family are staying. Meanwhile, news of the district governor, who will come to visit the village for an opening, is received.

Various preparations are started to host the district governor. For this job, they first start by stealing Kara Bayram’s ace lamb. The village headman supports Haceli for his personal interests and one day he invites Kara Bayram, promising to speak to the headman’s office, and has a few of his men beat him up. Irazca, who sees his son, who is both his lamb and beaten, fills the foundations that Haceli has dug to build a house one night in order to take revenge.

Bayram, on the other hand, breaks down the adobe bricks necessary for the construction of the house. When Haceli sees that everything she has done has disappeared when she wakes up in the morning, she angrily throws stones at Haçça, who was pregnant at that time and causes her to miscarry. Irazca, who is angry and sad because of these events, cuts his way before the district governor reaches the village and asks for support from the district governor to seek his rights.

When the district governor reaches the village, he opens without participating in all the arrangements and entertainment prepared for him and says that Irazca should be given its right, otherwise Irazca has the right to file a lawsuit. Since the village headman thinks that he will be blamed for such an event, he cuts off his support for Haceli and tries to talk to Kara Bayram. Haceli’ Even though he guarantees that he will give up all that he has done and will provide some financial support, Kara Bayram is not convinced and says that he will go to the city and file a lawsuit. While all this is going on, Haceli does not know the relationship of his wife Fatma and Kara Bayram.

Kara Bayram killed Kamuran, 5 years have passed and all lives have changed. Everyone has moved from Karataş village to Istanbul. Hatice; It was taken between Kara Bayram and Fatma. Kara Bayram was imprisoned for 5 years after these events. Meanwhile, a wealthy doctor named Kenan deceives Fatma and tells her that her son is recovering. Since Fatma feels indebted to Kenan and wants her son to live, she lives with Kenan and decides to marry him.

Kenan’s mother does not love Fatma, so she does not want her son to marry her. Kara Bayram was released from prison after 5 years. Hoping to win Fatma and her son back, he starts working as a driver in Kenan’s house. Kenan will kill anyone who gets in his way, if necessary, to deceive Fatma, He will do whatever he can. There is a slight relationship between Kara Bayram and Kenan’s cousin Gülmisal. While these events are happening between Kara Bayram and Fatma, Haceli; will try to do big things, deal with Istanbul’s most troublesome mafia, and put his loved ones in danger.

Gözde Çığacı (born 17 October 1991, Istanbul) is a Turkish TV series and cinema actress. He studied at Kocaeli University, Faculty of Fine Arts, Department of Acting. He took part in many games.

In her first years at school, she played in the ” Young Odes” play directed by Nermin Kurtuluş, and written by Kadir Akbulut, at the ‘World Theater Day’ events. Known for his interest in music since his childhood, Çığacı continues his career as an actor.

Ceyda Ates was born on 14 September 1987 in Istanbul, Turkey. She began acting at the age of five. She won a child beauty contest organized by Nese Erberk.

At age ten, she played in projects “Gurbet Kadini”, “Ask Oyunu”, “Hayat Bilgisi”. She took acting lessons at the Baris Manço Cultural Centre. She also played Esra in the film Çilgin Dersane. She presented the show ‘Dizi Magazin’ on Cine5. She acted as Pelin in the series ‘Doludizgin Yillar’.

Hande Soral Demirci (born 22 February 1987) is a Turkish-Cypriot actress. Originally from İnegöl, she completed her primary, secondary, and postsecondary education there, graduating from the Department of Psychology at the Bilgi University in Istanbul.

Her career as an actress began when she appeared as a guest actor, in 2008, for a part on a comedy series. This eventually led to offers of other roles from the show’s producer when the program ended.