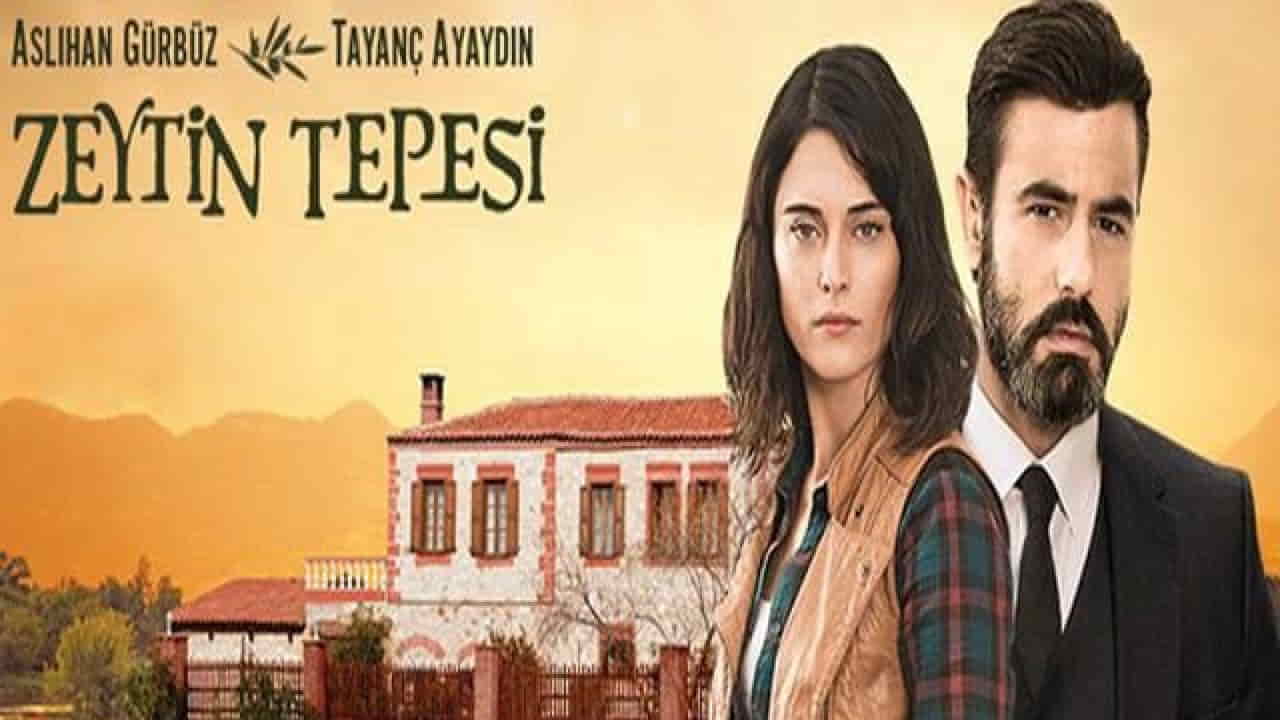 Zeytin Tepesi (English Title: Olive Hill) is a Turkish-made drama and thriller television series broadcast on Kanal D in 2014, starring Aslıhan Gürbüz and Tayanç Ayaydın. The series was shot in Balikesir ‘s Ayvalık district. Due to the low ratings, it made the final with its 8th episode, which was broadcast on April 2, 2014.

Deniz Gökçener, the youngest member of her land-rich family, is convicted of murdering the father of the man she fell in love with, Malik Karata, the richest man in Zeytin Tepesi. Although he does not admit his guilt, everyone, including his family, believes that he committed the murder. When he is freed on probation, he returns to Olive Hill, but is a murderer in the eyes of the town. Moreover, his family is also scattered. Deniz, who is determined to continue looking for her mother, whom she loves dearly, will struggle with her former love Tarık, who always puts an obstacle in front of her.

Tayanç Ayaydın (born 7 August 1979) is a Turkish actor. Ayaydın was born in 1979 in Istanbul. He started his education at the Private Doğa College’s primary school.

He finished his high school education at Tercüman High School and İstek Foundation High School. He eventually graduated from Mimar Sinan University with a degree in theatre studies. He first rose to prominence with his role in the TV series Aliye as Doctor Kahraman. For his role in Ben Hopkins’s 2008 movie Pazar-Bir Ticaret Masalı, he won the Best Actor award at the Locarno Film Festival.

Aslıhan Gürbüz (born: 16 February 1983) is a Turkish actress. She graduated from the theatre department of Selçuk University in Konya, Turkey. Gürbüz won a Golden Butterfly Award for Best Comedy Actress in 2011. She is tip.

Due to his father’s job, her family moved to Bursa and Aslihan Gurbuz went to primary school there. She studied at Vocational School – Accounting and Computer. After graduation from Conservatory, Aslihan Gurbuz made her debut in the popular Turkish drama Beyond Clouds (Bir Bulut Olsam). She took part theatre play named Zorla Guzellik in 2008 at Kenter theatre.

Ayça Elif Varlıer (born 7 May 1977) is a Turkish actress, singer, composer, and TV presenter. Born in 1977 in Ankara, while she was going to high school she moved to the United States and finished her education there. She later graduated from the University of Hartford Hartt School.

She worked in a number of plays during her time in the US and returned to Turkey in 2000. In 2004, she got her first television role in Karım ve Annem. Her breakthrough came in 2005 with her role in Gümüş. In 2007, she got a leading role in the play Hisseli Harikalar Kumpanyası.

Serkan Çayoğlu (born 31 May 1987) is a Turkish German actor, known for his role in Kiraz Mevsimi and Halka. He completed his education at Erlangen University’s Economics department in Germany.

While studying at university, he also started to work as a model. Çayoğlu, who came to Istanbul to become an actor, received acting lessons from Ümit Çırak and Dolunay Soysert at Ümit Çırak’s Modern Acting Techniques Atelier. In 2012, he started his acting career by playing the friend of Merve Boluğur’s character from Italy in the season finale of Kuzey Güney.

Salih Bademci (born 15 August 1984) is a Turkish actor. Badami is a graduate of Bornova Anadolu Lisesi. After appearing in a minor role in 1994, he made his main debut with Serdar Akar’s movie Barda and then appeared in his first role on television with the series Elveda Rumeli, which was another work by Serdar Akar.

In 2014, he was cast in the Kanal D series Zeytin Tepesi as Akın, in the same year joined the cast of Ulan İstanbul, portraying the character of Ceyhun. In 2015, he was further noted by the audience with his role in the Star TV series Kiralık Aşk, in which he played the character of Sinan Karakaya. He also had a leading role in İstanbullu Gelin, which was broadcast between 2017–2019.

How many episodes are there in Zeytin Tepesi?