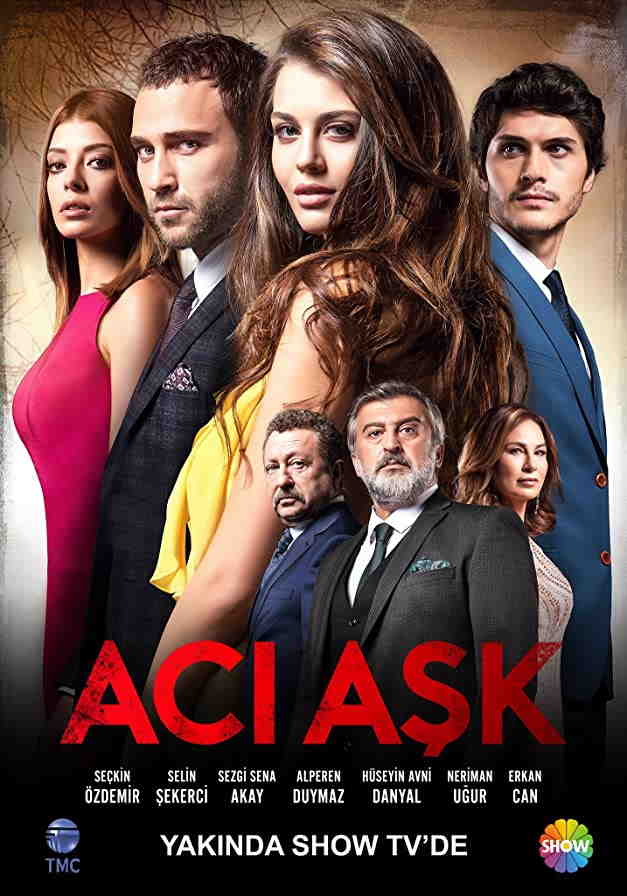 Acı Aşk (English title: Bitter love) is a 2009 Turkish drama film co-produced and directed by A. Taner Elhan, about a literature professor caught in a dangerous love quadrangle. The film, which went on nationwide general release across Turkey on December 18, 2009, was screened in competition at the 29th International Istanbul Film Festival.

Orhan, who works as a literature professor at a university in Eskisehir (a city in Central Anatolia), unexpectedly ends his relationship with Ayşe whom he was planning to marry, and comes to Istanbul where he meets Oya. After living possibly the happiest days of his life with Oya, who is a photographer, Orhan finds himself in the midst of a challenging love triangle as a result of the horrible things they encounter the first days of their marriage. Meanwhile, his new student Seda, pulls Orhan towards a point of no return. Tough days are ahead for Orhan whose life is turned upside down, torn between three women.