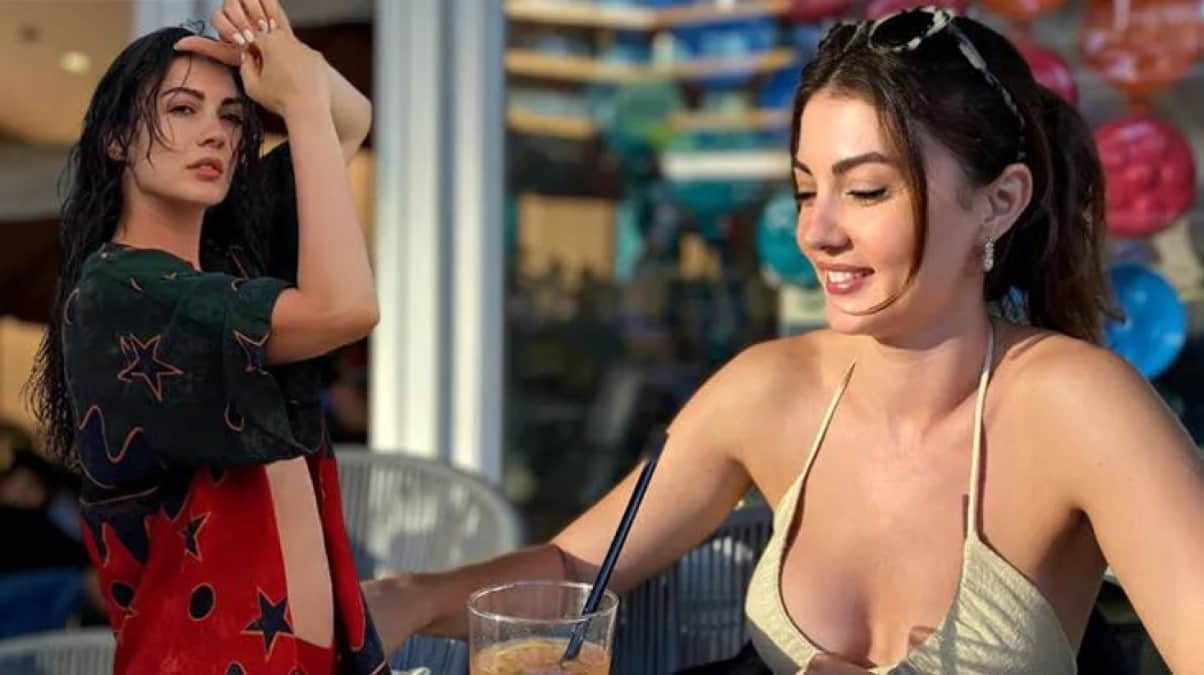 She has previously acted in TV series such as ‘Güneşin Kızları‘, ‘Afili Aşk‘, ‘Aslan Ailem‘. After the series finale ‘Aşk Mantık İntikam‘, Burcu Özberk went on a vacation. The beautiful actress who went to Bali did not neglect to share her pleasant moments with her followers. Özberk, who was displayed in Etiler after her vacation, asked whether she would be involved in a new project; “I don’t want to work,” she replied. The journalist then asked the actor, “Because you’re tired?” she explained, “No, I want to take some time for myself”.

Then the famous actor went to Bodrum and entered the water with her nephew Can and her dog Çangu. Özberk, who went to the pier after a short sea voyage, impressed everyone with her smooth physique. Özberk returned to the hotel where she was staying for lunch and rested for a while. After a while, the famous name returned to the pier in a pink bikini. Delivering Çangu to the officer, Özberk held hands with her nephew Can and jumped into the water from the pier. The famous name was almost suspended in the air while jumping into the water. After swimming for a while, Özberk took Çangu back with her and spent time in the water.

Burcu Özberk, who was tired a lot, graduated from Hacettepe University Ankara State Conservatory in the past weeks. The famous name, who shared her joy with her followers, said, “The late graduation… They put a stone on our way on time, but today I graduated with flowers and applause. I want to thank our rector, our directorate, my dear teachers, and the department head who were always with me during this process. “It was my dream to get my diploma. Another dream has come true. I am very happy to graduate from Hacettepe University Ankara State Conservatory,” she said.

Burcu Özberk, who made a name for herself with her beauty and acting performance, came to the fore this time with her photographs. The name, which has 7.9 million followers on Instagram, went on a boat tour this time. There was great interest in the poses of Özerk, who shared his swimsuit photos. The photos, which received more than 370 thousand likes, were also commented on.

Burcu Özberk, who made a name for herself with both her beauty and her acting performance, renewed her look after returning from her boat tour in the past days. The famous name, who braided her hair on the side and made dark eye makeup, published her new poses in the stories section of her Instagram account, which has 9.2 million followers.

The beautiful actress, shares her photos and videos one after another, on social media while getting full marks from its users; “A little change?” captioned one of her videos.