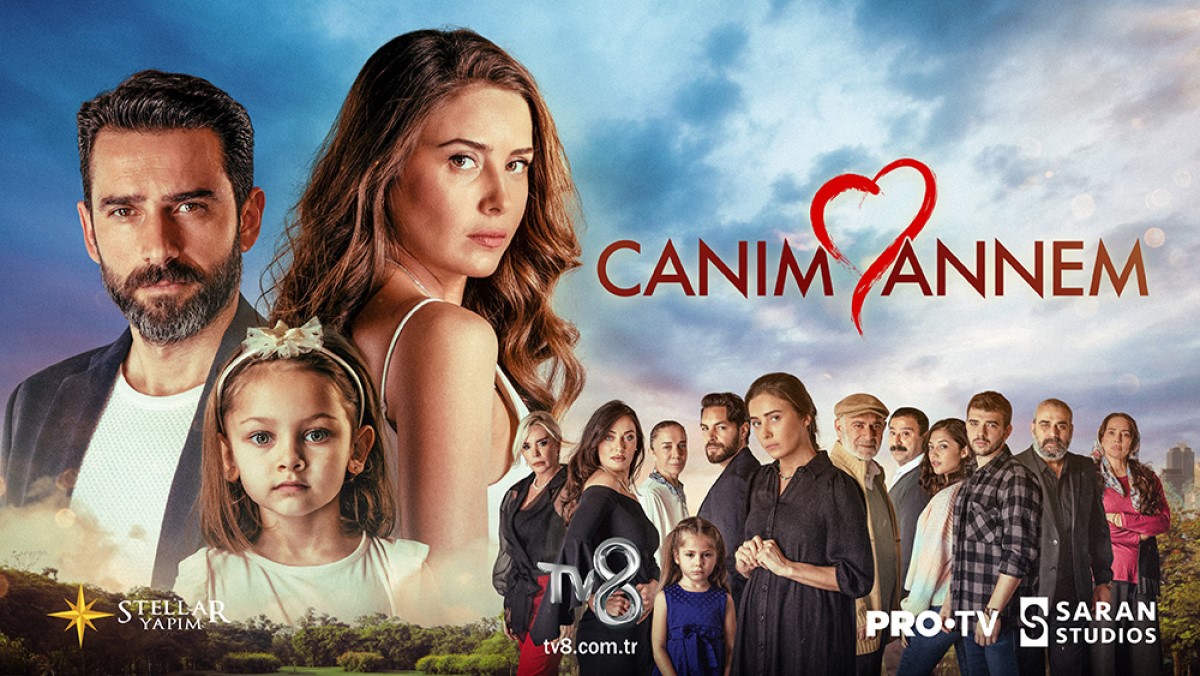 Canim Annem (English Title: My Dear Mother) is a daily Turkish television series in the drama genre, directed by Ece Tahtalıoğlu Pertez and Emrah Şendur, and starring Selin Sezgin, Erol Gedik, and Gece Işık Demirel, the first episode of which was released on February 14, 2022, signed by Stellar Production and Saran Studios.

Zeynep is an innocent and beautiful girl who’s very fond of her mother. One day, her mother Cemre dies in an accident. No one can bring themselves to tell Zeynep that her mother is dead. Zeynep was born with a heart condition and she is not strong enough to bear the news. When she was dying, Zeynep’s mother is slandered so that Murat, who used to love her madly, now hates her deeply.

Now that Aside, her grandmother has the perfect conditions to make Murat marry Melek, the woman she’d like to see as her daughter-in-law. The night that Zeynep finds out about her mother’s death, she also finds out that Murat is to marry Melek and she has an attack. When Zeynep’s heart is about to stop, a miracle happens. Zeynep comes across Nazli, who looks exactly like her mother. Zeynep’s life is saved just in time and she embraces Nazli thinking that she is her mother.

Murat offers Nazli, the woman who looks exactly like his wife whom he hates, to become her daughter’s surrogate mother until she has surgery. No one, not even Nazli knows that Cemre and herself were twins. However, fate has sent her there to find out the truth.