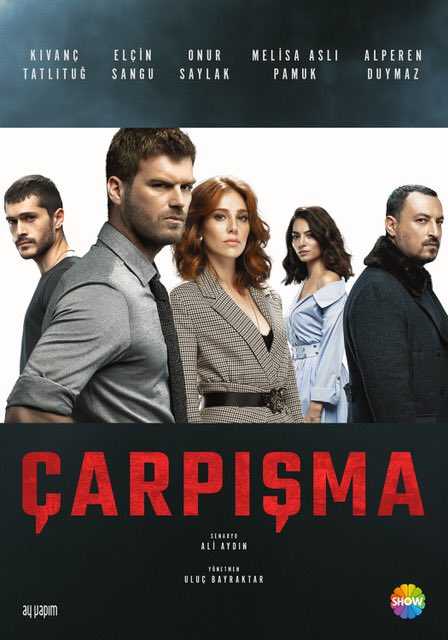 Çarpışma is a Turkish drama series that is telecast on Show TV. The series met the audience with the first episode released on November 22 and was talked about a lot during the week. The series features Kivanç Tatlitug, Elçin Sangu, Alperen Duymaz, Melisa Pamuk as lead roles.

These four characters, together with an accident, came to the screen of the intersection of their lives Kadir Adali’s “Collide was not actually we were, our fates” wherever you go, no matter how much you run, ultimately everyone returns, the scene of the incident. “Remarks. The teaser, which offers a visual feast, evokes the excitement of the horror-filled moments that seem impossible to realize when looking from the outside. The collision of four cars, the collision of the fate of 4 people, with its breathtaking story, starts on November in Show TV.

Alperen Duymaz (born 3 November 1992) is a Turkish actor and model. Duymaz was interested in music and modeling during his high school years.

Arif Onur Saylak (born 12 May 1977) is a Turkish actor, filmmaker, and director. He was married for six years to Tuba Büyüküstün, with whom he has twin daughters.

English Subtitles
Various Websites are Translating this series in english subtitles. Below are the links of the site.
Contact us | Turkish123