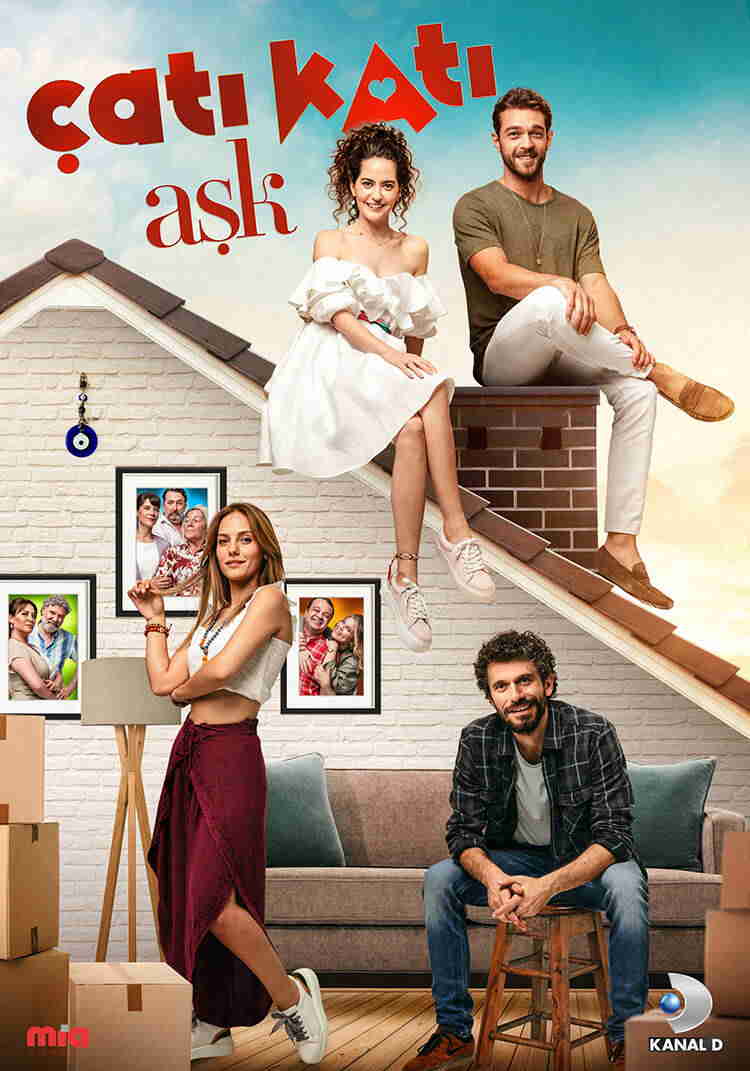 Çati Kati Ask (English title: The Penthouse Love) It is the story of Ates, Aysen, Demir, and Yasemin, whose characters are opposite to each other and come from different social classes and cultures, to resist their love at the expense of their families.

The series begins with the inclusion of two foreign guests in a large, warm family. Ateş and Yasemin, who joined this family with solidarity and a little “lie” clinging to each other, will fight with love under this roof, then be tested with lies, but over time they will see friendship, sharing, and love. The Penthouse Love is the story of all of them, all of them, those who have just been thrown into life, those who carry the worlds on their backs, who weave the nest. But above all, it’s a love story…

Cati Kati Ask is the story of Ateş, Ayşen, Demir, and Yasemin, who come from different social classes and cultures that are opposite the characters and resist their love at the expense of taking their families in front of them. While life leaves young people with great problems, will this family, which we long for, be able to overcome everything and stay together with their strong bonds? Mia Yapim, which also produced the series ‘Hercai’, which was screened on ATV on Fridays, will prepare a large project for the series, which will begin preparations in 2020. In Turkey, the production that started the project continues to work on the desk.

Ezgi Şenler (born 28 January 1993) is a Turkish serial, cinema, and theater actor. when she was 11 years old, she was awarded to study ballet at Hacettepe University Ankara State Conservatory.

Nilay Deniz (born 3 May 1993) is a Turkish actress. After studying acting, she made her television debut in 2010 with a role in the Behzat Ç. series.