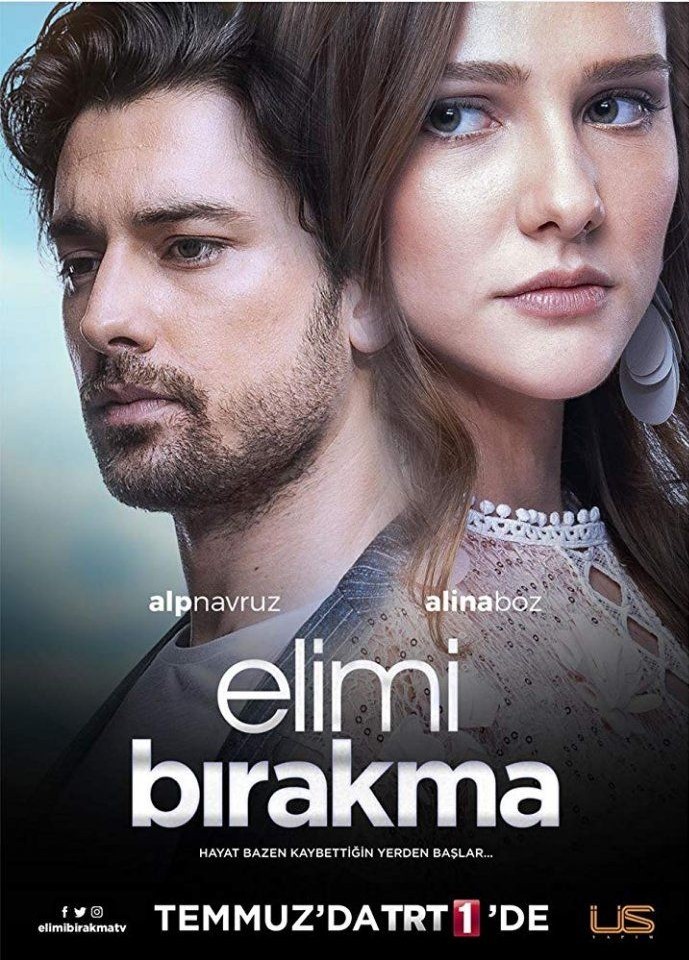 Elimi Birakma (English: Don’t Let Go of My Hand) is a Turkish Series broadcast on TRT1. The show premiered in July 2018. It stars Alp Navruz as Cenk & Alina Boz as Azra.

Azra, who is studying cooking in America, returns home for her father’s birthday. With her brother, Mert sailed to the unknown world against the world that collapsed in a night with her arrival.

Cenk, who is the successor of the celeb group, comes to the news that he was kicked out of the school he read in America. The Cenk family, and especially the Feride lady, is amazed. Cenk’s rebellious attitude makes the situation even more difficult. Cenk’s situation makes him pregnant with great surprises.

Ms. Feride helps the poor to the poor, does everything for her family, and tries to fill the void created by her son in this way. He always puts his grandkids on top of everything else in his life. However, he does not know his family that his retirement has been wasted. Mrs. Feride will now give her final exam with her family.

The lives of Azra and Cenk intersect with a small coincidence, but this coincidence will be the first spark to connect their lives together.

Alp Navruz, who is on the line of elimination, brings to life the character of Cenk who is studying in America, a very wealthy family who owns a large food factory.

Alina Bozgives life to the character of Azra, who is the daughter of a famous kebab and who has studied cooking abroad. Cenk and Azra cross the road in the air, and Cenk’s grandmother crosses the duchy. The fight for establishing strong family ties in the Elimination sequence is the subject of debate.

Alp Navruz (born 15 January 1990) is a Turkish actor and model. He is known for his role Cenk Çelen opposite Alina Boz in TV Series Elimi Bırakma.

Navruz was born in Istanbul in 1990. He is a graduate of Yıldız Technical University with a degree in Turkish Language and Literature. Navruz’s interest in acting began at a young age. After being cast in roles on stage during his primary school years, he took acting lessons from Altan Erkekli and Cihan Ünal. Meanwhile, he continued his career as a model. He made his cinematic debut in 2015 with a leading role in Ceberrut. In 2016, he was cast in the TV series Aşk Laftan Anlamaz. His first major role came with Fazilet Hanım ve Kızları, which made him known in Turkey and earned him the Best Debut award at the Turkey Golden Tourism Awards. His role in TRT 1 series Elimi Bırakma as Cenk further contributed to his career.

Alina Boz (born 14 June 1998) is a Turkish-Russian actress. She is known for her role as Azra in Elimi Bırakma, Mahur in Maraşlı, and Eda in the Netflix series Aşk 101.

Alina Boz was born on 14 June 1998 in Moscow, Russia. Her mother is Russian and her father is Turkish of Bulgaria descent. Alina Boz lived in Russia before she started primary school. When she was 7 years old, she and her family moved to Istanbul. In Istanbul, Alina Boz took dance and theatre lessons. When she was so young, she started to take part in various television series. Alina Boz graduated from Ozel Gokjet Aviation High School and studied cabin services. After graduating from high school, she decided to study theatre and won Kadir Has University. became so popular with her role as Hazal in the popular Turkish series Broken Pieces (Paramparca).

English Subtitles
Various Websites are Translating this series in English subtitles. Below are the links to the site.
ALAcom | Osnsub | Love Series | Kinemania