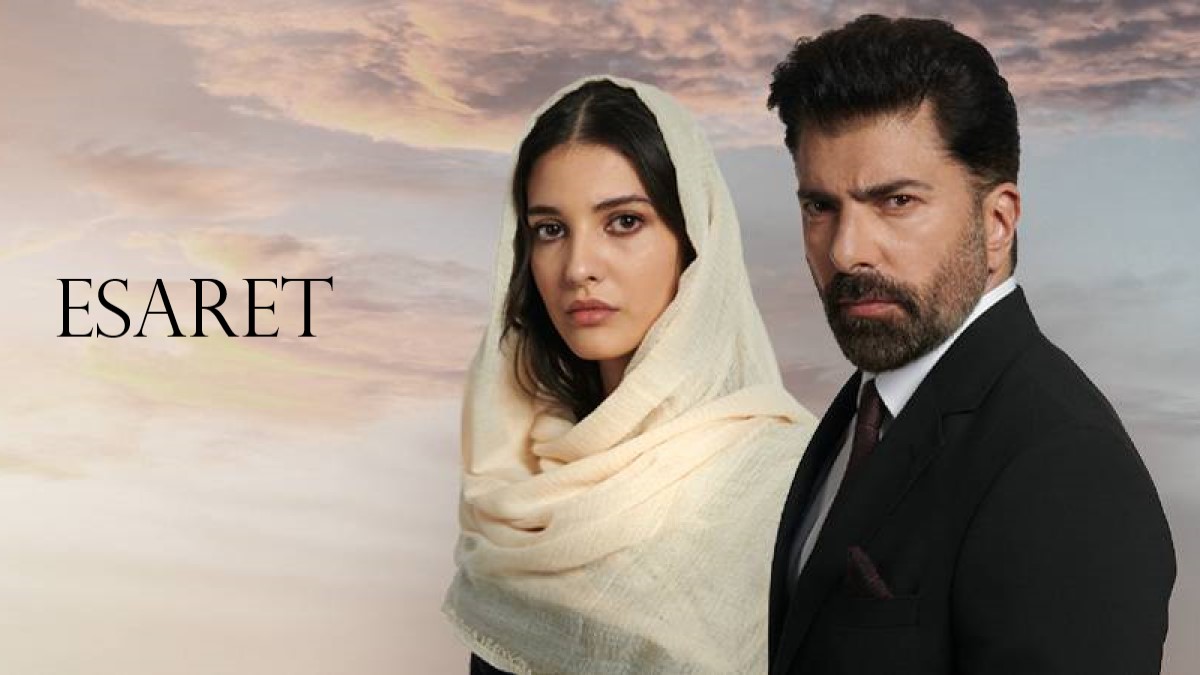 On the one hand, Oguz, burning with arrogance and revenge, on the other, Firuze, who is ready to take on the role assigned to him even though he is sinless… Oguz, the heir apparent of the Demirhanli family, and Firuze, whom he thinks killed his twin brother, will take their place on the screen with the vengeful love of Firuze. Demirhanli Mansion is shaken by bitter news. The leader of the family, the twin sister of the mighty Orhun Demirhanli, was killed in Africa.

Orhun, who punished the perpetrators, will now be guided by the fire of revenge in his heart. On the way back from Africa, a burning fire is inside, and a slave girl, Hira, is next to her. From now on, neither the world will be the same as before nor Orhun Demirhanli. As fate drags the desert winds to Istanbul; A proud and a victim are on the same path now. And CAPTURE has begun once.

Born in 1974, Cenk Torun was born in Ankara. He is the son of Nurdan Torun. He participated in the clip of Yıldız Tilbe’s song “My Boyfriend”. He became famous for the first time in the series Crazy Bediş. He took part in the TV series Aynalı Tahir, Masum Değiliz, Arka Sokaklar, Yeter, and Adını Sen Koy.

Mahassine Merabet, born in 1999, Mahassine Merabet Tumay is studying acting at the Özokur Academy. Although she has been in Turkey for 3 years, many have become the advertising face of the company. She graduated from Mohammed V University in Media and Communication.

She decided to come to Turkey thanks to a friend she met at the Turkish fair while she was studying at the university. After coming to Istanbul, she started his master’s degree in Political Science and International Relations at Nişantaşı University.

Ali Yağız Durmuş, who played a role in the TV series Esaretim Sensin, was born in 1996. He is a graduate of Celal Bayar University, Faculty of Sport Sciences. He was a guest actor in the series Gülizar for the first time. Afterward, he took part in the series Baharı Beklemek and Yemin.

Hilal Anay born in 2000, actress Hilal Anay is a graduate of Akdeniz University. She introduced herself with her funny videos. He took a role in the TV series Geçerken Ugradim. Afterward, she played the role of Gülsüm in the TV series Yemin.

She was born in 1969 in Azerbaijan and was known for his role in the TV series Binbir Gece. She previously acted in the TV series Super Baba, Never Forget, Emanet, Seddülhabir 32 Hours, and Yemin.

He was born in 1965 in Ordu. He took part in the TV series İnci Yürek, Karadayı, Diriliş, Sevda Kusun Kanadinda, and Yemin.

Yağmur Celik will take a role in the series of Esaret. Yagmur Celik, who was included in the cast of the Esaret TV series, was one of the 2018 Miss Turkey contestants.

Başak Durmaz will take a role in the series Slavery. Başak Durmaz, one of the captivity players, was born in 1987 in Istanbul. She took part in the Siyah Inci and Pera Palas’ta Gece Yarisi TV series.

Gözde Erdem is 27 years old. Gözde Erdem was born in 1994. She played in the TV series Bay Yanlış and Türkan Hanımın Konağı

Sinem Karaçoban is a child actress in the series. Hande Aytar is registered with the agency. She starred in the kırmızı Oda series.