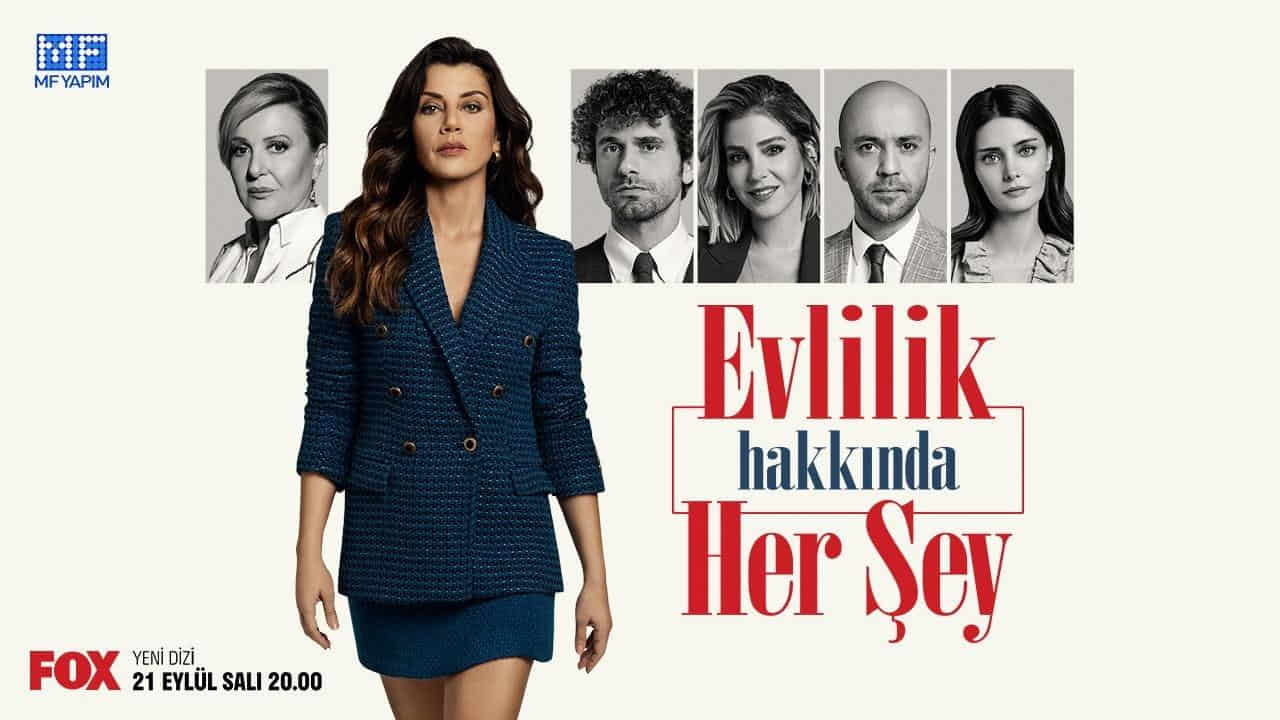 Evlilik Hakkinda Her Sey Episode 31 starring Gokce Bahadir releases on 17th May at 20:00 on Fox TV in Turkey.

What will happen in Evlilik Hakkinda Her Sey Episode 31 English Subtitles?

Gulistan’s suicide also supported the suspicions that she was not mentally stable. Even if all the evidence and reports are against them, Azra, Efe, and Çolpan have no intention of letting this case go. They are the only hope of Gulistan, who is fighting for life and death.

Azra and Efe, who are chasing a tiny possibility that can lift the veil of mystery behind suicide, find themselves in the middle of an unexpected situation. Şeyda, who sees Gülistan as a threat to herself and her family, risks everything not to give up her child.

Unexpected developments take place in the Can Derin case, where all the media’s attention is on them. New evidence leaked to the press leaves Sanem and Bora in a difficult situation to overcome. Sanem and Bora, who are cornered by a second scandal, are caught between the promise they made to Erman and the rescue of their client from the situation they are in.

Bora and Erman make a plan to bring together Sanem and Çolpan, who are not backing down on reconciliation. However, a big surprise awaits Bora and Erman. The meeting of Çolpan and Sanem, which they arranged with great hope, will result in a shocking surprise.

Sanem’s declaration of marriage with Bora causes the balance between her and Çolpan to change completely. Sanem’s leaving the house to live with Bora starts the cold war period between her and Çolpan. Baran and Şeyda, who learn that Gülistan did not go to Urfa, have no other way than to engage in a legal fight. The lawyer they chose for themselves is an old and strong rival of Çolpan.

Erman, if they want to continue to stay at Arsen Hukuk; stipulates that Bora and Sanem should only provide justice with their attorney’s robes. It forces them to work together on a tough case to test their view of justice. The divorce case of the famous actress Can Derin, who is undoubtedly guilty in the eyes of society, will almost be a test for Sanem and Bora. Azra and Efe take action to prove that Gülistan is mentally stable. A shocking incident in the forensic medicine department they went to with Gülistan will completely change the course of the case.