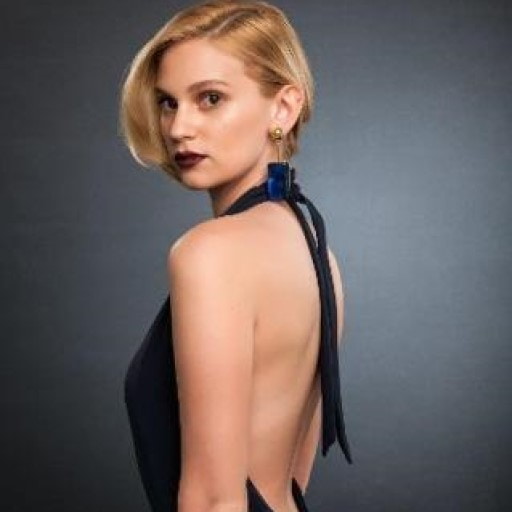 Farah Zeynep Abdullah (born 17 August 1989) is a Turkish actress. She is best known for portraying Aylin Akarsu in the Turkish television drama Öyle Bir Geçer Zaman ki (Time Goes By), and Mediha in the 2013 film The Butterfly’s Dream, the Turkish entry for Best Foreign Language Film at the 86th Academy Awards.

Her maternal grandfather is Turkish from Erzincan while her maternal grandmother is of Bosnian descent, and her father, Osman, is of Iraqi Turkmen origin. Due to war, her father immigrated to Turkey while he was a child. Even so, he did military service in Iraq. Also, her paternal grandmother is originally from Pljevlja, Montenegro. She also has two brothers. Her secondary education was spent at the Lycée français Saint-Michel in Istanbul until her family moved to London where her father worked. Her entire family lives in England while she currently lives in Istanbul, Turkey, due to her work commitments.

During her studies at the University of Kent, Abdullah was offered a role in the Turkish series Öyle Bir Geçer Zaman ki in 2010. She completed 2 full seasons and 79 episodes with that series. She also won the best-supporting actress award at the Antalya Television Awards in 2011.

In 2013, she appeared in Yılmaz Erdoğan’s film Kelebeğin Rüyası (“The Butterfly’s Dream”) with Kıvanç Tatlıtuğ. It was selected by the Turkish Minister of Culture and Tourism as Turkey’s candidate film for the 2014’s Academy Awards. For that role, Abdullah won the award for supporting actress at the 18th Sadri Alışık Cinema and Theatre Awards.

2014 was a very busy year for Abdullah. She starred in the Turkish film Bi Küçük Eylül Meselesi with Engin Akyurek. That movie was released on Valentine’s Day. She then starred alongside Kıvanç Tatlıtuğ for the second time in the Turkish series Kurt Seyit ve Şura. During the summer of that year, there was no rest, she filmed a musical-romantic movie with director Cagan Irmak by the name of Unutursam Fisilda. The role of Hatice/Ayperi won her multiple awards as she stunned audiences with her acting and singing skills.

In 2015, she voiced Princess Courtney in the Turkish version of Barbie in Rock ‘N Royals. Also in late 2015, she completed her second film with director Yılmaz Erdoğan, she played the role of ‘Muazzez’ in the movie Ekşi Elmalar. That movie was released on 28 October 2016 in Turkey and in early November in Europe.

In late July 2016, rumors of Abdullah joining the famous Turkish series Muhteşem Yüzyıl: Kösem surfaced on social media. A few days later, it was confirmed that Abdullah had joined the series in the role of Hungarian princess Farya Bethlen. The series’ first episode aired on 18 November 2016 on the Turkish TV channel FOX.