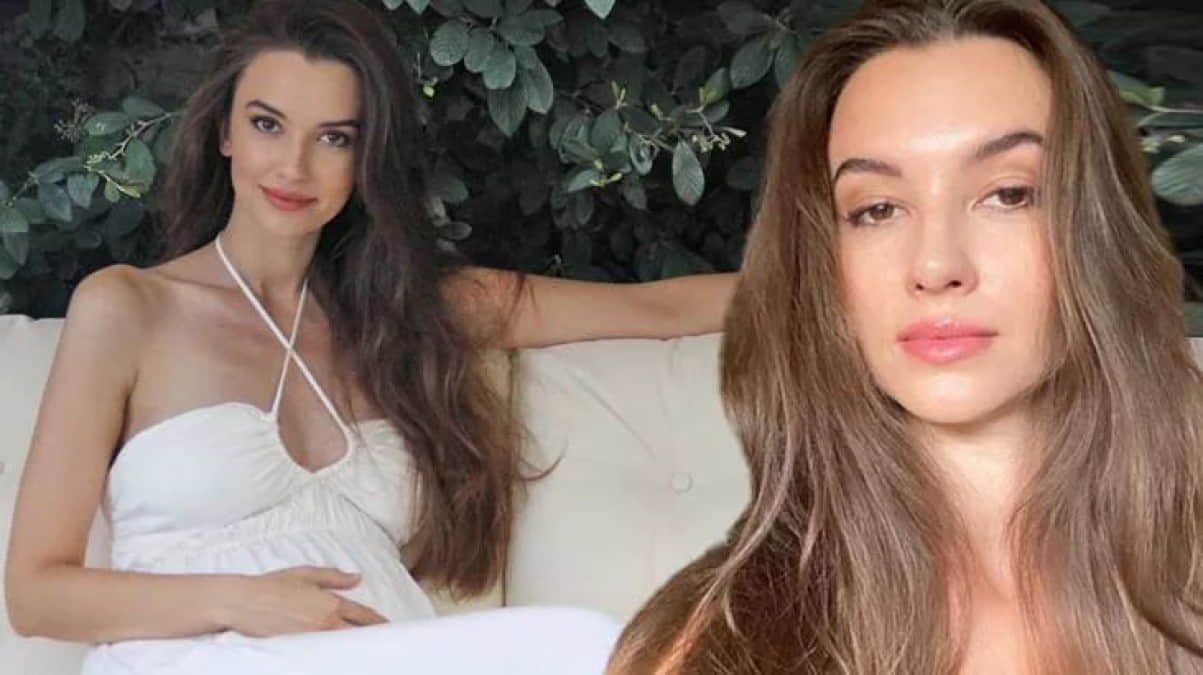 Actress Leyla Lydia Tuğutlu announced that they got married in Germany with Ceyhun Ergin, with whom she has been in love since 2017. After the news of the wedding, it was claimed that the famous name was four months pregnant. Tuğutlu, who did not make a statement on the subject, broke her silence with the frame he published on his social media account. Posing with her stomach on her nose, the actress also announced the gender of her baby.

She has previously acted in productions such as ‘Kızım’, ‘Delibal’, ‘İçimdeki Ses’, ‘Cebimdeki Yabancı’. Leyla Lydia Tuğutluhad participated in the launch of Cansu Tosun’s own brand a few months ago. In love with Ceyhun Ergin since 2017. She said, “I want to say right now, that I had already received my marriage proposal before the pandemic. In the past months, we got married and came quickly with a wedding that was not very crowded in Germany.”

Saying that she received a marriage proposal in Italy, Tuğutlu announced for the first time that she got married by saying, “We prepared it quickly, chose the ring, and I liked it very much,” and “We will also make a celebration, but we are in no hurry, at a suitable time.”

After the news of the surprise marriage, a new claim was made about Leyla Lydia Tuğutlu. It was learned that the 32-year-old actress, who got married in Germany to Ceyhun Ergin, with whom she had a secluded love affair, was about four months pregnant. It was claimed that the couple, who did not make a statement on the subject, announced the news only to their families and close friends.

HERE’S THE GENDER OF THE BABY

Leyla Lydia Tuğutlu broke her silence on the subject with the photo she published yesterday. The first pose came from the beautiful actress, who was in front of the lens in a white dress. Counting the days to becoming a mother for the first time, the famous name also announced the gender of her baby in the note she shared.

The famous actress shared: “I’m so excited… A new era is starting for us, it’s a beautiful journey. We’re halfway through… Welcome to our lives, my dear son,” she said.

Tuğutlu’s pose, who is now enjoying her pregnancy, received thousands of likes and comments such as “We look forward to it”, “How good motherhood”, “Health and blessings”, and “Mashallah”.

THIS IS HOW THEIR LOVE STARTED

Leyla Lydia Tuğutlu, who played the leading role in the TV series “Bu Şehir Arkandan Gelecek”, was spotted in a shopping mall in 2017 with actress Ceyhun Ergin, who starred in TRT’s popular TV series “Filinta”. The couple, who were walking hand in hand, had to leave when they realized that their photos had been taken. It was learned that the lovers, who were content to smile at journalists’ love questions, had been together for two months.

After Tuğutlu and Ergin, whose love emerged like this, their happy relationship continued. Celebrity couples share love stories from time to time on social media.