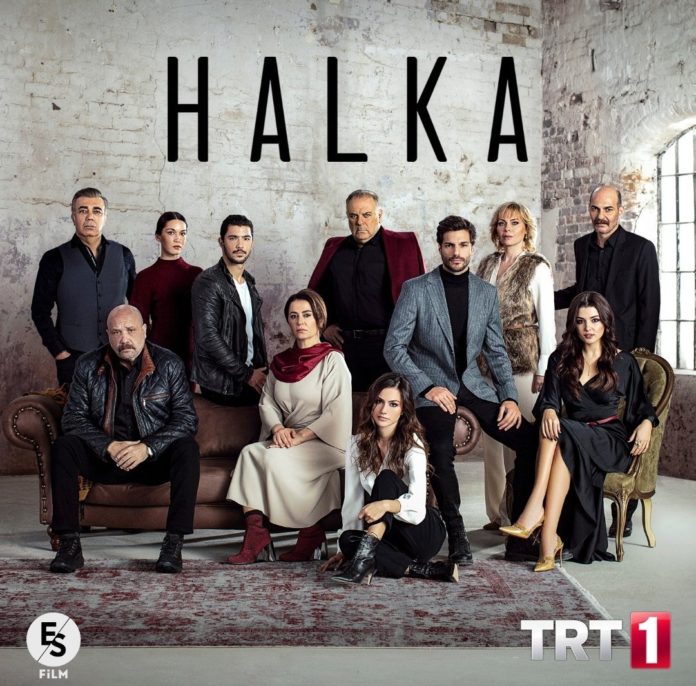 Halka is a Turkish drama series which started on 15 Jan 2019 on TRT1. It features Serkan Çayoglu and Hande Erçel as lead role.

Two young men, two different people, two victims, coming from different places, standing next to each other, fighting with persistence and rage, atrophy of fate, a coincidence. They’re going after a past that stays away and goes on.  They’re asking for the account of old books, dirty cases, big and small lies. They drift into a life where the Mafia, the money, the intrigue.

Halka (The Ring) is the story of a dark world of endless adventure. It’s a past that hurts and bleeds. Kaan and Cihangir’s Revenge on the Earth.

Halka (The Ring) is a fast-paced, adventure-themed TV series that uses the police. Halka (The Ring) name comes from a criminal network known as the three-ring icons. The most fundamental feature of the ring is that women are strong, managed, and directed by a character content, contrary to the increasing Enigma tempo and classic Mafia narratives in each episode. The protagonists of the story are Kaan and Cihangir, who are struggling with the organization by learning that they are the victims of the ring.

Serkan Çayoğlu (born 31 May 1987) is a Turkish German actor, known for his role in Kiraz Mevsimi and Halka.

Hande Erçel (born 24 November 1993) is a Turkish television actress and model. Erçel is known for her lead role in Aşk Laftan Anlamaz (2016–2017) as Hayat Uzun – Sarsılmaz, opposite Burak Deniz as Murat Sarsılmaz, first love Hande Erçel and as Selin Yılmaz – Mertoğlu in Güneşin Kızları (2015–2016). Also she played the role of Hazal in Siyah İnci on Star TV.

Kaan Yıldırım (born 24 December 1986) is a Turkish actor. After getting a degree in marketing from Brunel University London, he studied acting at Başkent Communication Sciences Academy.

Hazal Subaşı (born 2 May 1996) is a Turkish actress and model. After getting a degree in Public Relations and Advertising from the İzmir University of Economics, Subaşı competed in Miss Turkey 2015 and earned third place. Soon she started taking acting lessons and was cast in a leading role in TRT 1 series Adını Sen Koy alongside Erkan Meriç. She then appeared in a leading role in the series Halka and portrayed the character of Bahar. Her breakthrough came with a role in Show TV’s popular series Çukur.

English Subtitles
Various Websites are Translating this series in english subtitles. Below are the links of the site.
ExpressDizi | Contact us