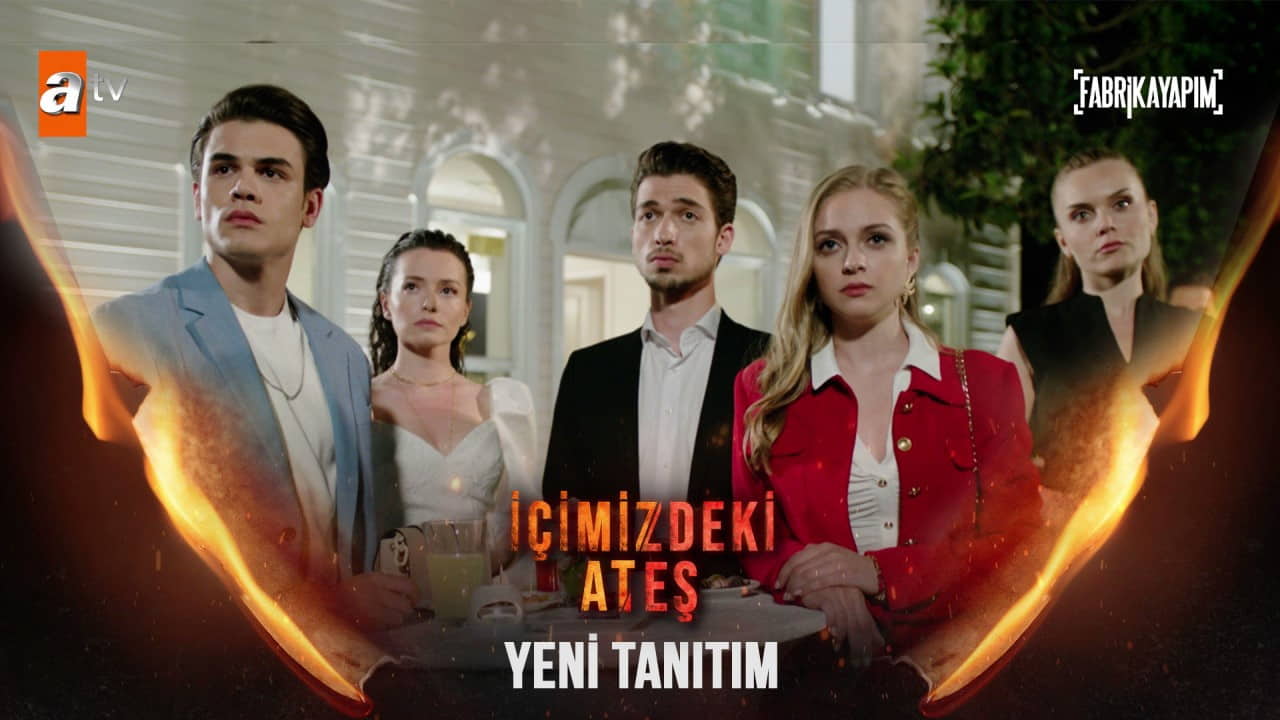 İçimizdeki Ateş Episode 4 is a Turkish television series signed by Fabrika Yapım. The series is directed by Murat Onbul and is written by Nimet Erdem, Birol Elginöz and Özlem Elginöz. It will be broadcasted on ATV. Atakan Hoşgören, İpek Filiz Yazıcı, Burak Sevinç and Ceren Benderlioğlu are in the lead roles.

What will happen in Icimizdeki Ates Episode 4 English Subtitles?

Bahar and Mert, who started to follow Erkan Tüzün to help Doğan Yener, find Tüzün dead in their house. In the meantime, the duo, who are raided by the police, is taken into custody as murder suspect.

While waiting curiously for what Doğan Yener will do after seeing her stay at Ege’s law firm; Mert calls Doğan Yener and says they are in trouble and asks for help.

Hale solves the whereabouts of Eşref Güner, an important witness for the TT Holding case, cooperates with Ege, and brings the witness to court. With this move, Hale wins another victory against Tahsin Tayman, who lost the case.

In honor of winning the TT Holding case, a small party is organized in the garden of the law office in the evening. While everyone is having fun, a voice message from Nuran falls on Hale’s phone like a bombshell into the night.

It is revealed who sent the video of the fight with Ege’s terrific plan to Doğan Yener. Ege tries to hide the video that will burn his internships from Doğan Yener.

While Mert and Bahar are tracking down Doğan Yener to help him with his case, they get into a lot of trouble. Hale sees Tahsin with a woman and tells her mother what she saw without wasting any time. Nuran follows Tahsin and catches a clue that will reveal his dark side. On the other hand, Mert and Bahar follow Doğan Yener in secret to help her case, but they get into bad trouble.

Will the real killer who caused the death of Doğan and Tülin’s daughter İpek to emerge? Will Hale be able to leave her mother? Will Nuran be able to give up Tahsin in order not to lose her daughter? Will Bahar tell Mert that their house is a mortgage? How will this affect the relationship between the two?

İçimizdeki Ateş – Fire Within Us (TV Series 2022) – Synopsis and Cast