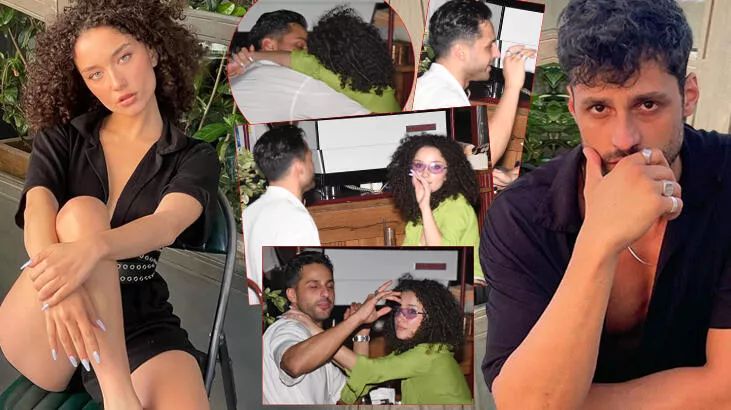 Lastly, Ekin Mert Daymaz, who starred in the TV series “Seni Kalbime Sakladım“, in which he shared the leading roles with Sevda Erginci, attended the party of Contemporary Istanbul, which was held for the 17th time this year. Daymaz, who suddenly started kissing while chatting with his girlfriend, who was sitting alone in a secluded corner in the following hours, got angry when he saw the exploding flashes. The famous actor, who came to the journalists with an angry attitude from his seat, surprised everyone with his interesting gaffe.

He has made a name for himself with productions such as ‘Çilek Kokusu‘, ‘Hayat Sevince Güzel‘, ‘Payitaht Abdülhamid‘, ‘Korkuyorum Baba’, ‘Hayaller ve Hayatlar‘, in which he has acted before.

Ekin Mert Daymaz, who was seen in Cihangir last month and chatted with reporters, said, “Mr. Mert, how is your love life, let’s ask him too?” “There is no one in my life, I am not picky, it does not matter to me whether it is blonde or brunette. Character is important. I like brunettes, but blondes are usually the same, the one you shot a little while ago is just my friend”.

The famous actor, who was later asked whether he regretted this statement, said, “I have no regrets. I talk to you as easily as I talk to my friends. I will not regret it.”

NIGHT WITH A BRAZILIAN GUEST

The 32-year-old famous actor, who had been in love with names such as Hande Erçel, Melisa Döngel, and Eliz Sakuçoğlu in previous years, was seen leaving the venue in Asmalı Mescit with a brunette woman in the previous weeks. The couple, who left the venue together, preferred to walk separately with the explosion of flashes.

Answering the questions of the reporters who viewed them, Ekin Mert Daymaz said, “Friends, the lady is my guest. She came from Brazil, I will show her Istanbul”.

ALLEGED ‘WE ARE IN THE STAGE TO KNOW EACH OTHER’

It was claimed that the couple, who learned that they had very sincere fun in the place, were at the stage of getting to know each other. It was learned that the name of the brunette woman Ekin Mert Daymaz had fun with was Adrielly Tiburcio and she was a model.

HE GOT THE GIRL IMMEDIATELY

Ekin Mert Daymaz, who has not been seen for a while, was among the famous names who attended the party of Contemporary Istanbul, which was held for the 17th time this year. Handsome actor, later in the party, While chatting with his girlfriend, whom he was sitting alone in a secluded corner, suddenly began to hug and kiss. Seeing the exploding flashes, Daymaz said, “Is it okay? Didn’t you just ask us to pose? What the hell is this?” He reacted to the photos taken.

Ekin Mert Daymaz, who came to the journalists with an angry attitude from his seat, said, “Now is this your job? Why? Do you take without asking? Thank God, the person I kissed next to me is my girlfriend,” he continued to display aggressive and angry attitudes once again.

The handsome actor, who was very angry at this situation, returned to his lover and sat next to her. It turned out that Ekin Mert Daymaz’s girlfriend’s name is İpek Yazıcıoğlu. It did not go unnoticed that the duo drew each other and shared them on social media while visiting the exhibition.