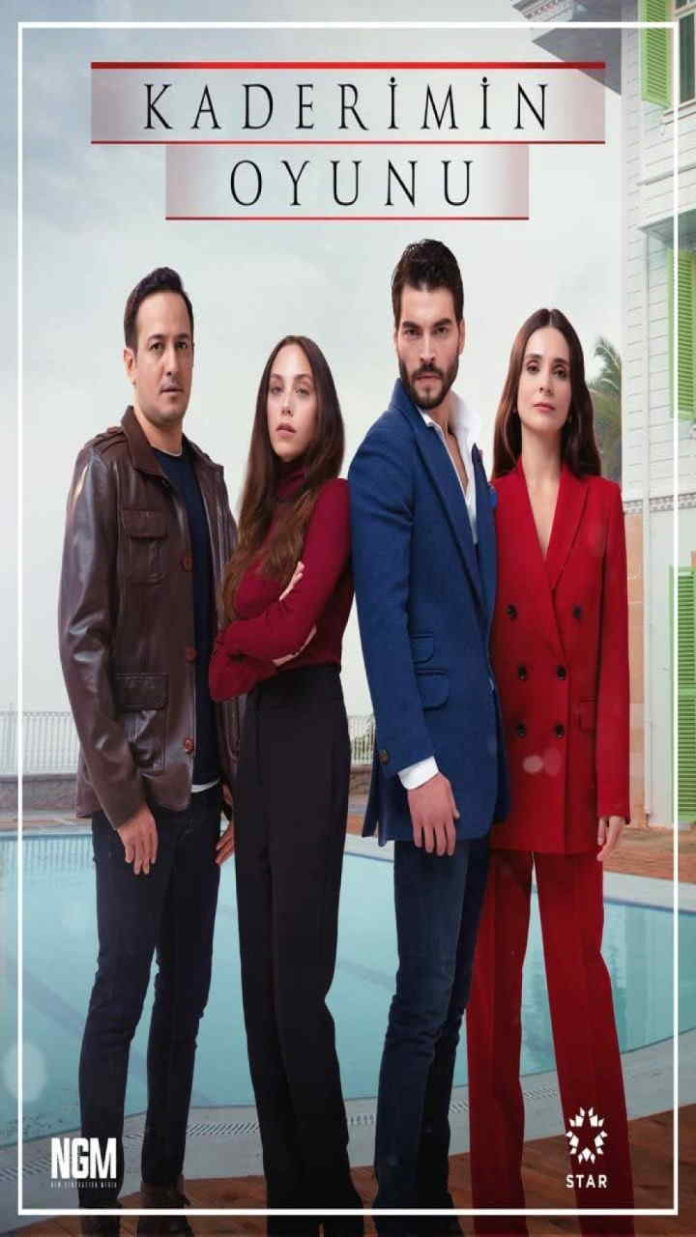 Kaderimin Oyunu − The Game of My Destiny (TV Series 2021)

Kaderimin Oyunu (English Title: The Game of My Destiny) is a Turkish drama television series signed by NGM Media, the first episode of which was broadcast on December 3, 2021. The leading roles in the series are Öykü Karayel, Akın Akınözü, Sarp Apak and Meriç Aral.

Asiye was raised by her stepmother and had a difficult childhood. Deciding to run away from home at the age of 17, the young woman meets Cemal and gets married in a short time. The couple’s two children, Nergis and Umut, are born, but they have hard times due to financial difficulties.

Due to the temptation of a wealthy woman named Helin, Cemal leaves Asiye and his two children for a better life. Despite all the impossibilities, Asiye dedicates herself to the happiness of her children and tries to live without making them feel the absence of their father. However, one day, his whole life is turned upside down with the disaster that befell his daughter Nergis, whom he loves more than his life.

After the incident, Asiye has to take an irreversible path to protect her children, but here she meets Mahir, whom she never knew and who helps them.

Akın Akınözü, the star of the Hercai series, born in January 1990, is 31 years old. Akın Akınöz, originally from Ankara, started the sector with the series Muhtesem Yuzyil and Arkadaşlar İyidir. Payitaht Abdulhamid and Aslan Ailem are important TV series featuring Akın Akınözü. Akın Akınözü, who is 1.80 meters tall and weighs 76 kilograms, is in love with Sandra Pestemalciyan.

Meriç Aral, who recently appeared in the TV series Kırmızı Oda and Söz, was born in November 1988 and is 32 years old. Meriç Aral, who graduated from the Faculty of Law at Istanbul Bilgi University, started to be known for the series Medcezir. Meriç Aral, who was also in the High Society series for a while, is in love with Serkan Keskin. Meriç Aral is 1.71 meters tall and weighs 55 kilograms.

Sarp Apak was born on 11 November 1981 in Diyarbakır and is 40 years old. Sarp Apak, who took acting lessons at Dokuz Eylül University, gained experience in the staff of BKM Kitchen. European Side and Lie World are important TV series featuring Sarp Apak. Sarp Apak is 1.81 cm tall and weighs 77 kilograms. Sarp Apak, who is married to Bengisu Uzunöz.

English Subtitles
Various Websites are Translating this series in english subtitles. Below are the links of the site.
ALAcom | Promix TV | Turkish123