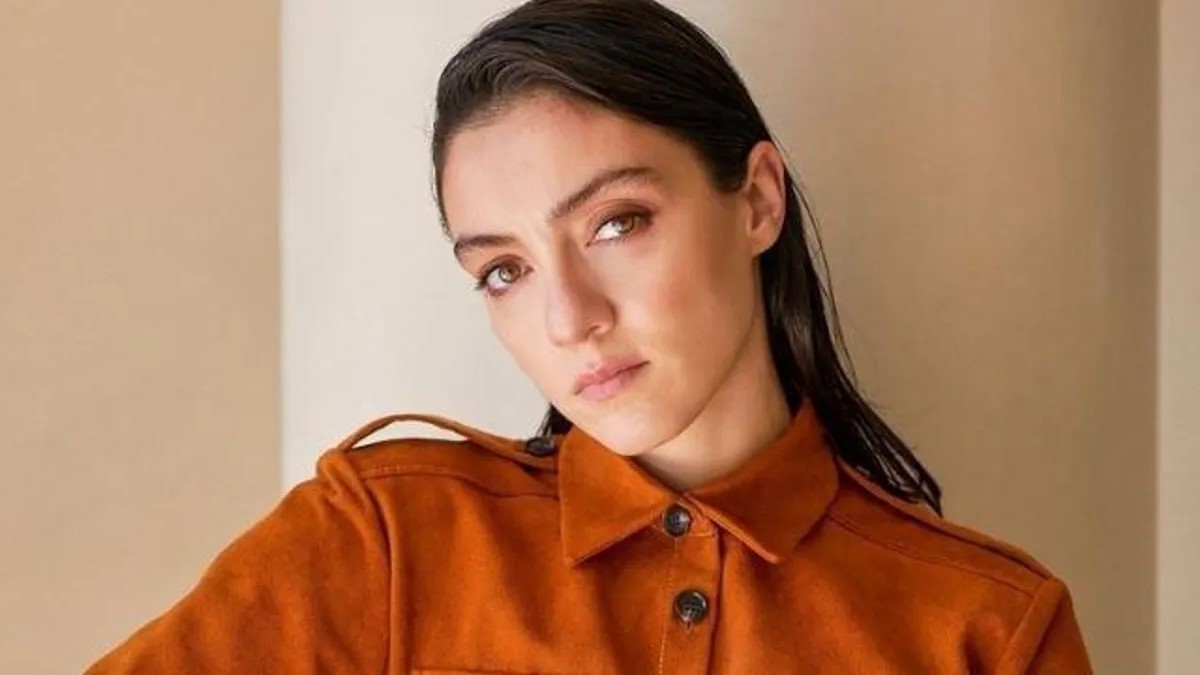 Merve Dizdar (born 25 June 1986) is a Turkish actress. She made her television debut with a role in Aksanat Çocuk Oyunları. She is a graduate of Çanakkale Onsekiz Mart University School of Fine Arts with a degree in acting. She received her master’s degree in acting from Kadir Has University.

Dizdar was born on 25 June 1986 in İzmir. She started her career on stage by joining Semaver Company and continued it at Craft Theatre. Dizdar made her cinematic debut with Bir Ses Böler Geceyi alongside Cem Davran and pursued a career in television with recurring roles in the series Kavak Yelleri, Geniş Aile, Bir Yastıkta, Doksanlar, Çılgın Dershane Üniversite, and was first noted with her role in Beş Kardeş. She also worked for TRT Children, presenting the programs Arkadaşım Bıdı and 23 Nisan Şenliğe Doğru.

Dizdar won the Afife Jale Theatre Best Actress Award for her role in the play Yutmak. She then joined the cast of hit series 7 Yüz, Vatanım Sensin, and Mucize Doktor respectively. In 2020, she had a leading role with Uraz Kaygılaroğlu in Gupse Özay’s comedy film Eltilerin Savaşı, which as of April 2021 is the 22nd most-watched movie of all time in Turkey according to Box Office Türkiye. She shared the leading role with Serenay Sarıkaya, Ezgi Mola, Enis Arıkan, Şükrü Özyıldız, and İbrahim Selim in a musical adaptation of Alice’s Adventures in Wonderland. In 2020, she started to play in the series Masumlar Apartmanı.

Merve Dizdar married Görhan Altundassar in 2018, in a simple wedding ceremony that was limited to the presence of relatives and friends, and their marriage came as a result of a love story between them that lasted for years and culminated in marriage. In elegant words.

Describing her feeling as great and that her marriage was the best beginning in her life full of respect and love, actress Merve Dizdar said when she appeared in a television interview that her husband fell in love with her at first sight, and that he liked her after he saw her on stage, and that she was at this time in love with another man.

And she was not thinking of anyone but him, and that he was also in love with another girl, and during their first meeting nothing happened between them, after which her husband separated from his girlfriend, and they remained for many years loving each other until they got engaged in March 2018, and their wedding was In September of the same year.

But very apart from her work, the 35-year-old has given a lot to talk about due to her divorce with the actor Gurhan Altundasar, with whom she had been married for three years.

The first rumors that were released were that there would be third parties behind this situation, which would have caused this separation; However, the actress spoke through a statement where she made it clear that both “Remain friends”.

Merve Dizdar She gave an interview to the magazine “Women’s shine” and in its July issue, she talked about her divorce and the new stage that is opening in her life.