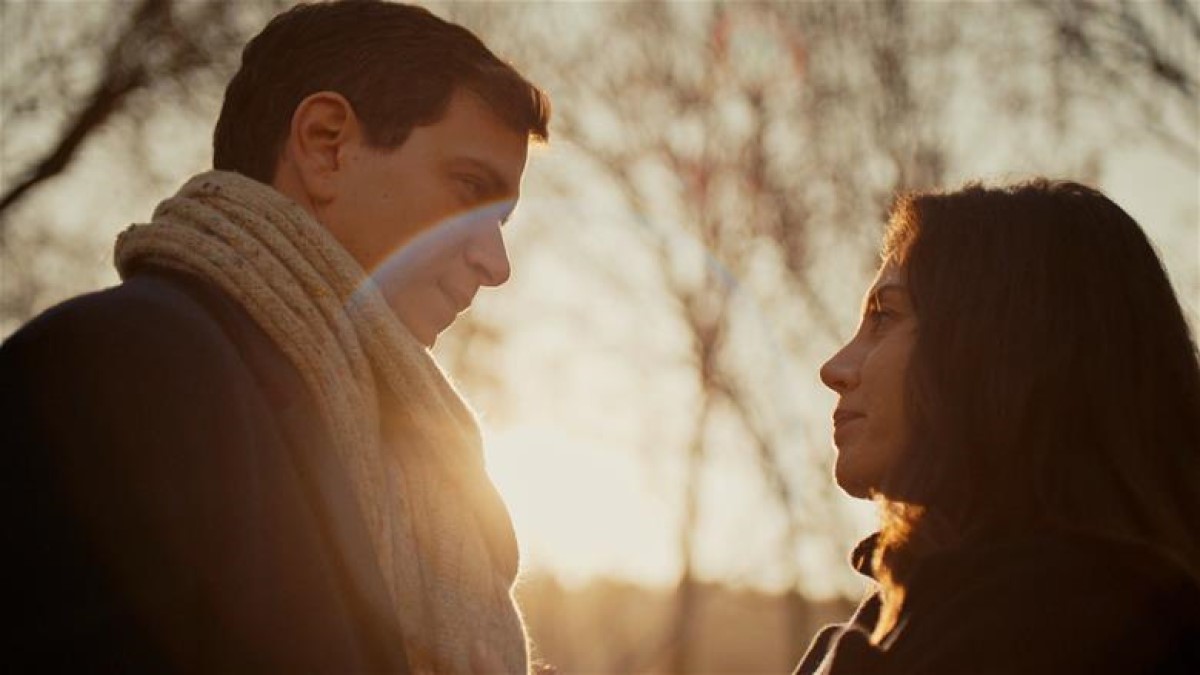 Ömer’s life turns upside down when he falls in love with Gamze, a relationship that his conservative father will never approve of. She is a middle-aged woman, who returns to her old neighborhood after her divorce. While struggling to start over her life as a single mother, she finds unexpected comfort in Ömer’s love. But as the son of the district’s imam, Ömer and Gamze’s love proves to be impossible.

Selahattin Paşalı was born on 2 February 1990 in Bodrum. He joined Darüşşafaka Sports Club at the age of 14 and served as a team captain during his time there. He completed his education by studying Art Management in Budapest. Then he got acting training in Craft Atölye. He made his television debut in 2017 with the Show TV series Kalp Atışı. The next year he was cast in the TV series Bir Umut Yeter. In 2019, he acted in Kanal D series Leke. In 2020, he appeared in a recurring role in the TV series Babil, starring Halit Ergenç and Ozan Güven.

Gökçe Bahadır (born 9 November 1981) is a Turkish film and television actress. She is best known for her performances as Leyla Tekin in the series Yaprak Dökümü (based on the classic novel by Reşat Nuri Güntekin), and as Yeliz in the hit youth series Hayat Bilgisi. She has starred in numerous other series including Kayıp Şehir, Ufak Tefek Cinayetler, Aramızda Kalsın, Adı Efsane, and Dedemin İnsanları. As of 2021, she is the lead role in the TV series Evlilik Hakkında Her Şey, an adaptation of the British TV series The Split.

Merve Dizdar was born on 25 June 1986 in İzmir. She started her career on stage by joining Semaver Company and continued it at Craft Theatre. Dizdar made her cinematic debut with Bir Ses Böler Geceyi alongside Cem Davran and pursued a career in television with recurring roles in the series Kavak Yelleri, Geniş Aile, Bir Yastıkta, Doksanlar, Çılgın Dershane Üniversite, and was first noted with her role in Beş Kardeş. She also worked for TRT Children, presenting the programs Arkadaşım Bıdı and 23 Nisan Şenliğe Doğru.

Gülçin Kültür Şahin (born 10 October 1987, Istanbul) is a theater and film actress. After graduating from Babaeski Anatolian High School, she started her undergraduate education at Hacettepe University, Department of Food Engineering. After her undergraduate education, she worked as a research assistant at the Middle East Technical University Department of Food Engineering between 2010-2013 with her master’s degree.

Serpil Gül was born in Ankara in 1962. She graduated from Ankara University, Faculty of Language, History, and Geography, Department of Theater. Serpil Gül, who appeared in numerous theater plays, also participated in TV series and movies. Serpil Gül, whose real name is Nurten Batmaz, played in the series Kırık Kanatlar, and then she appeared in the TV series Böyle Bitmesin, Benim İçin Üzülme. In 2017, she gave life to the character of Sabiha in the TV series Ölene Kadar.

Onur Bilge was born on February 18, 1983, in Tunceli. He completed his primary education in Tunceli and continued his secondary education with Istanbul Village Services Anatolian High School. Onur Bilge, who went to İzmir for his higher education, met theater while he was studying at Dokuz Eylül University Industrial Engineering Department and decided to continue his education with the Faculty of Fine Arts, Department of Acting.

Film and TV actor. He was born on May 26, 1989, in Çanakkale. After his high school education, he came to Istanbul and graduated from Istanbul University, Faculty of Letters, Department of Art History. He also studied acting at Müjdat Gezen Art Center. He acted in many theater plays, movies, and TV series. He also hosted the launches and various organizations of many corporate global companies.

Melike Güner (born June 2, 1979, in Istanbul) is a Turkish TV series and theater actress. She graduated from Istanbul University State Conservatory Theater Department in 2002. Her first feature film, in which she played the leading role, was the 2011 drama and romance İncir Reçeli. She played in the Doktorlar series, which made the final on February 14, 2011. She is known for her role as Zenan in the series. She was with Bekir Aksoy, who played in the series Doktorlar, and this relationship even went as far as marriage. They separated later. She also served as assistant director.