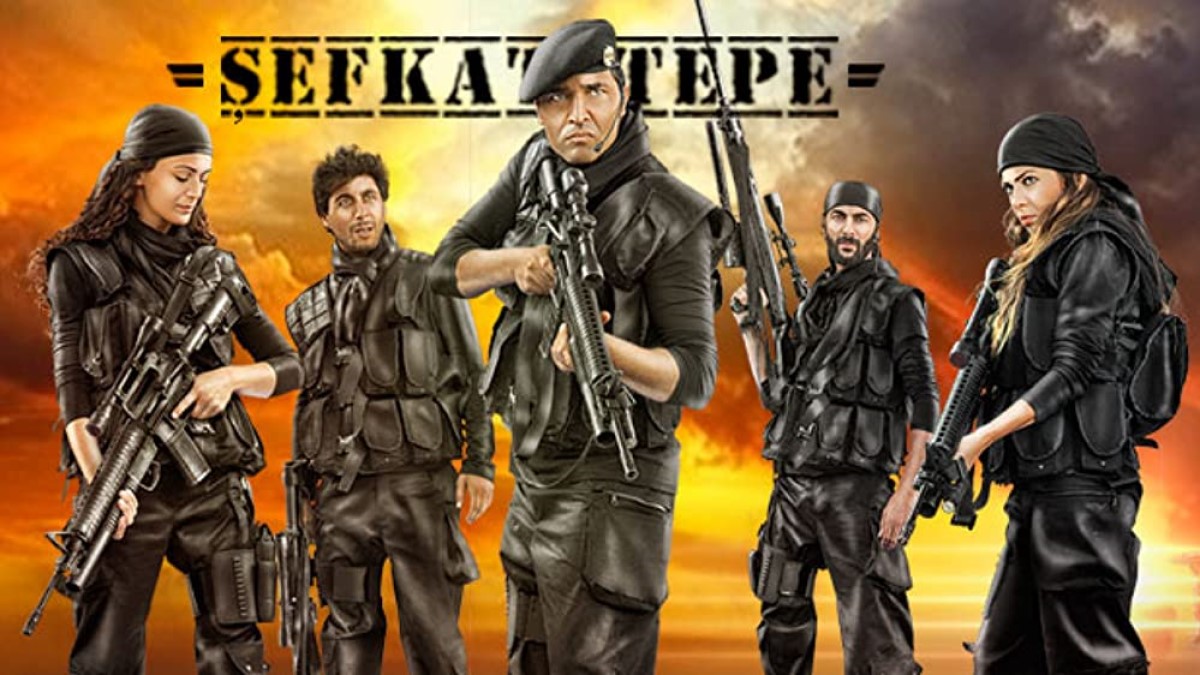 Şefkat Tepe (English: Compassion Hill) is an action, military, drama, and crime Turkish television series, the first episode of which was broadcast on 27 November 2010. The series is about after 1997. Mert Kılıç, Aslıhan Güner, Ertuğrul Şakar, Dilara Büyükbayraktar,Mehmet Korhan Fırat, Merve Akaydın and Bora Karakul shared the lead roles. In the 75th episode, Leyla (Aslıhan Güner) died and left the series.

In season 3, a team called Sungurlar was formed; The new leadership role is Dilara Büyükbayraktar it happened. The story continued through the Sungurlar Team. The series consists of a total of 4 seasons and made the season finale with the 158th episode broadcast on July 5, 2014. Later, 2 seasons (39 episodes) were broadcast under the name Sungurlar, which also included a few players from the old cast.

The story goes on in the South East in 1997 when the terrorist incidents increased. While the soldiers are being martyred, the people of the region also suffer serious damage from terrorism. People are classified as pro-terrorist and pro-state. When a child living in the region travels to the Military Academy, the remaining family members are brutally murdered by terrorists.

Mert Kılıç (born 20 April 1978) is a Turkish actor and model. Before starting his career as a model, Kılıç played football professionally in Vanspor, Edirnespor, and Tekirdağspor.

In 2002, he was chosen as the Best Model in a local competition. He later moved to the United States to study acting at the Beverly Hills Playhouse. After making his debut in 2003 with a supporting role in Gurbet Kadını, he continued his career with recurring roles. His breakthrough came with Şefkat Tepe, in which he had a leading role.

Güner then studied acting at the Barış Manço Culture Center. She made her television debut with a role in the TV series Sırlar Dünyası in 2002. After appearing in a number of supporting roles, her breakthrough came with the TV series Asi and Şefkat Tepe, in which she had leading roles.

Merve Çağıran (born 10 November 1992) in Balikesir, Turkey. Merve Cagiran is a popular mainstream celebrity who is best known as a TV Actress. She grew up and spent her childhood in Izmir. Merve Cagiran, later on, moved to the Istanbul Academy of Arts and received training at the Center.