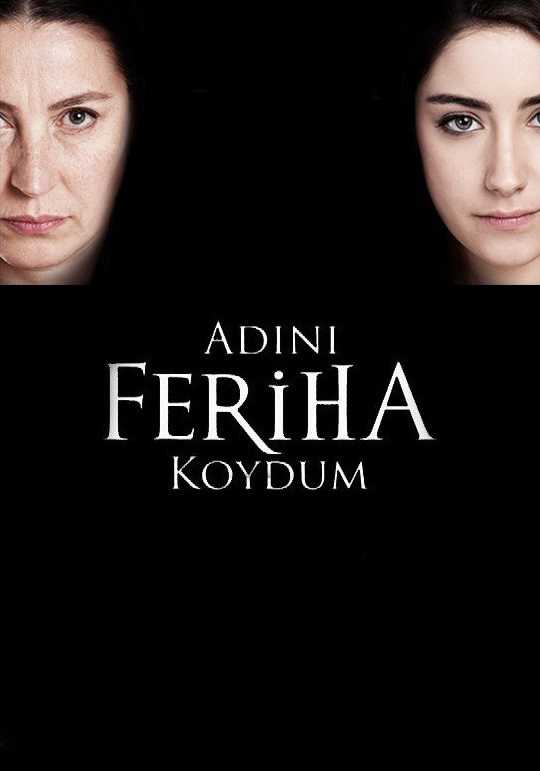 Adini Feriha Koydum (English: The Girl Named Feriha) is a Turkish television drama series produced by Med Yapım. The series was broadcast on Show TV. It is written by Melis Civelek and Sırma Yanık. It narratives the life of Feriha Yilmaz a young and beautiful girl who is a door keeper’s daughter. She goes to a university which the playboy Emir Sarrafoğlu also attends. Emir who has never been in love before, falls in love with Feriha at first sight.

Feriha Yılmaz (Hazal Kaya) is an attractive, talented and ambitious daughter of a poor family. Her father, Rıza Yılmaz (Metin Çekmez), is a doorman in Etiler, an upper-class neighborhood of Istanbul. Her mother, Zehra Yılmaz (Vahide Gördüm), is a housekeeper. Feriha is able to secure a full scholarship to a private university. While studying in the university ,Feriha poses as a rich girl. She meets a handsome and rich young man, Emir Sarrafoğlu (Çağatay Ulusoy) at her university. Feriha lies about her life and family background and Emir falls in love with her not knowing who she really is. She also falls in love with him and is trapped in her own lies. Her family arranges her marriage with Halil, who starts to accompany her to the university. He spies on her interactions with Emir and snaps after seeing their display of affection. The season ends with Feriha’s mother getting shot by Halil, Feriha’s ex-fiancé.

In the second season Emir discovers Feriha’s lies through the plan set up by Cansu. He breaks up with her and decides to seek revenge by renting an apartment in the building where Feriha lives in the basement. They remain separated for a long time. On the New Year’s Eve Feriha gets kidnapped by Halil who decides to marry her by force. However Emir saves her from Halil’s trap. After the kidnap Emir and Feriha both realise their immense love for each other. They forgive each other and get reconciled. When Feriha’s family get to know about her relationship with Emir, her father gets very furious and decides to send her back to the village. On the way to village, Emir comes and takes Feriha along with him.Soon they get married. However, they both decide to reveal their marriage to their family at the right time. Eventually Cansu tries to kill Feriha and Emir. When Feriha and Emir are taken to the hospital their marriage gets revealed to their family. Both Yilmaz and Sarrafoğlu families get furious and shocked on knowing about the marriage. So, Emir and Feriha have to live the hard life due to their family’s disappointment . Later in the story ,due to a misunderstanding Feriha leaves Emir and goes to U.S. with Levent, where she divorces him in absence. She returns to Istanbul after 3 years when Emir is getting engaged to Ece to protect her from Yavuz .Soon the misunderstanding between Feriha and Emir gets cleared up and they get married for a second time. Alas, that the season ends with Feriha getting fatally shot by her ex-fiancé Halil at her wedding ceremony and dies in Emir’s arms.

English Subtitles
Various Websites are Translating this series in english subtitles. Below are the links of the site.
ALAinHindi | Kinemania