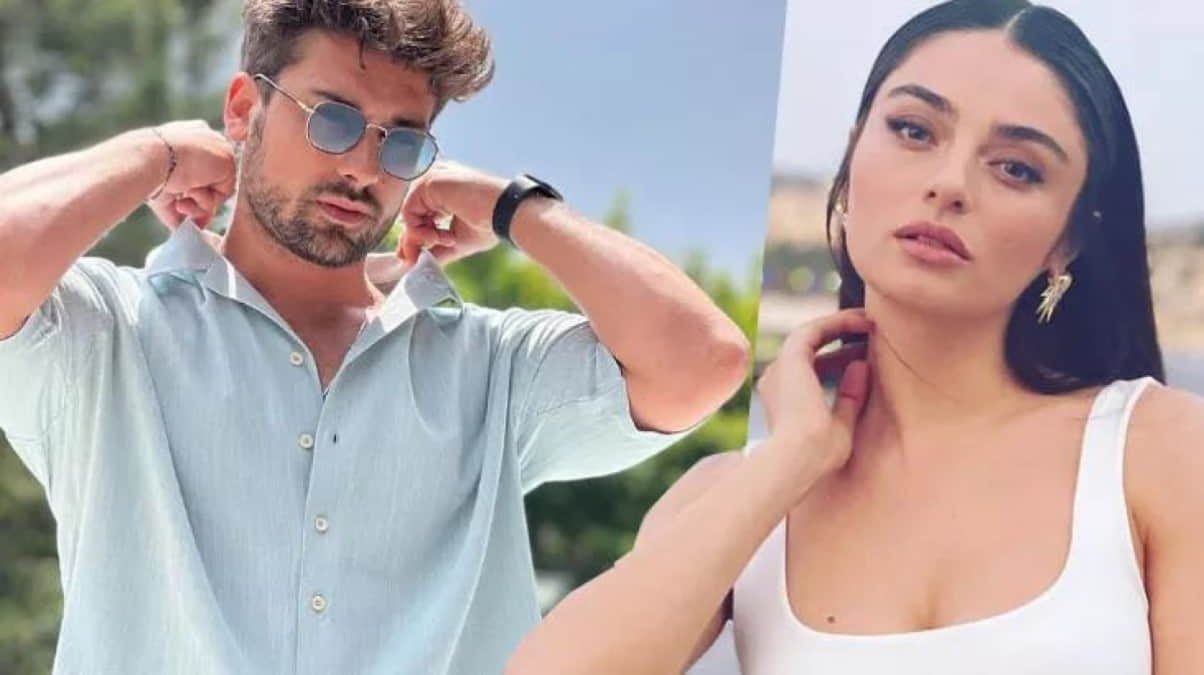 Alp Navruz(31) with colleague Ayca Aysin Turan‘s (29) friendships had turned to love in the past months. The duo, who insisted that there was nothing between them at first, admitted that they were in love after the news. Navruz, they experienced love, “Really, so much is written that we read with Ayça in surprise. Let me tell you, we established a good friendship, we made a good partnership, both as a business and as a friend. Apart from that, we started to try different dimensions, and we continue. It is going very well now. We are happy,” he explained.

THEY WENT TO BODRUM

Ayça Ayşin Turan, who has been in a happy relationship with her colleague Alp Navruz for about a year, had been spotted at a hotel in Bodrum in the previous weeks. The famous couple sunbathed by applying sunscreen.

Alp Navruz then moved to the hotel’s pier to swim in the sea. Ayça Ayşin Turan, who went swimming with her lover Navruz, descended the stairs of the pier and immersed herself in the cool waters of Bodrum. Alp Navruz joked by throwing water at his lover Ayça Ayşin Turan with his feet.

ROMANTIC MOMENTS AT THE SEA

The famous couple, who had romantic moments at sea, smothered each other with kisses. Turan had swum on the back of her lover Navruz for a while. Alp Navruz, who came out of the sea before the beautiful actress, watched his lover swimming. Ayça Ayşin Turan, who stayed in the sea and swam abundantly, amazed everyone with her beauty and fit body.

The lovers, who occasionally share their pictures taken together with their followers, shared the black and white photo they gave in the elevator mirror on their Instagram accounts in the past weeks. Earlier, “It’s going pretty well now, we’re happy.” The posts of Turan and Navruz, who made a statement, received a lot of attention from their followers.

On the other hand, it was revealed that cold winds were blowing between the two last week. It was claimed that Navruz, who went to the set of the TV series in which her lover starred with Ekin Koç, entered into a crisis of jealousy and started an argument because of the rapprochement scenes in the script. It was claimed that Ayça Ayşin Turan, who saw that the set workers were uncomfortable with this situation, warned her lover Alp Navurz not to come to the set.

The happiness pose came from the couple, who kept their silence on the subject. Turan and Navruz, who are now in Istanbul, went before the lens. The couple, who had pleasant moments together, shared these photos with their followers on their social media accounts. The natural state of Turan, one of the duo, who seemed to be quite cheerful, did not go unnoticed. The pose of the famous actress without makeup was praised by her followers.

Crisis of jealousy between Ayça Ayşin Turan and Alp Navruz

The holiday sharing of Ayça Ayşin Turan and Alp Navruz became the trending topic on Twitter!

Ayça Ayşin Turan talked about the movie where she will be starring with Ekin Koç!

Surprising Statement by Alp Navruz and Ayça Ayşin Turan: We Can Be In The Same Project Again!