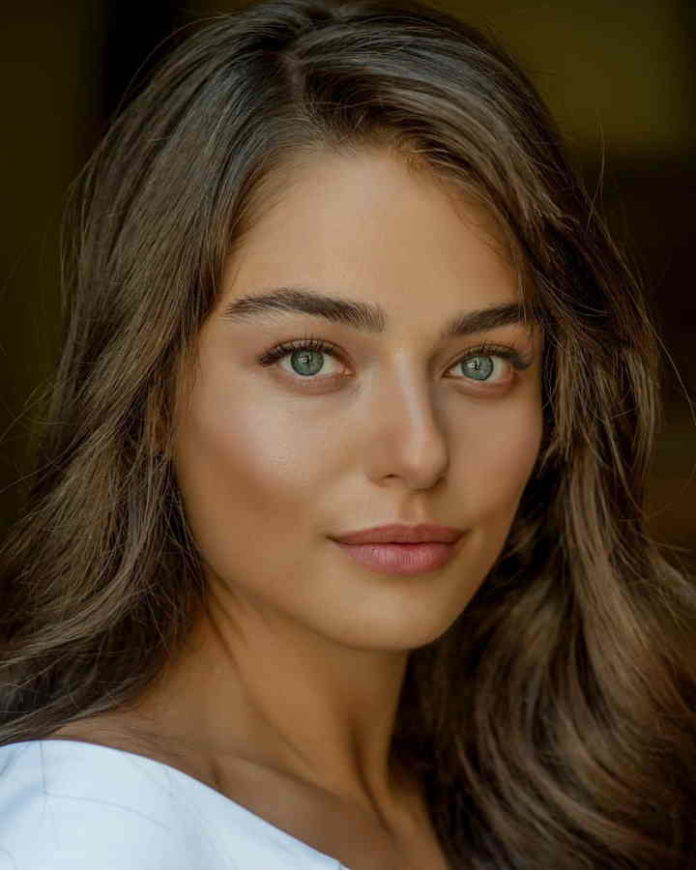 Ayça Aysin Turan (born 25 October 1992) is a Turkish actress. She continued her education in the Department of Radio, Cinema, and Television at Istanbul University. She was educated at Sinop Municipal Conservatory.

Her mother is from the city of Sinop. Her maternal family is of Turkish descent, all of whom immigrated from Thessaloniki to mainland Turkey after the Greeks reconquered the city when the Ottoman Empire collapsed. Her father is from Kastamonu. Turan became interested in acting and violin at a young age and she later studied Film at the Department of Radio, TV, and Cinema, Faculty of Communication, Istanbul University.

In 2011; she played “Gülfem” in “Dinle Sevgili” TV series. The main output of the actress was with “Ada” in Karagül TV series. Karagül stepped into publishing life in 2013. Her first feature film is “Sevimli Tehlikeli” directed by Özcan Deniz in 2015. She played her first lead role in “Meryem” TV series as “Meryem”. In 2018, She acted as “Leyla Sancak” in Netflix’s first Turkish Original series “The Protector”.