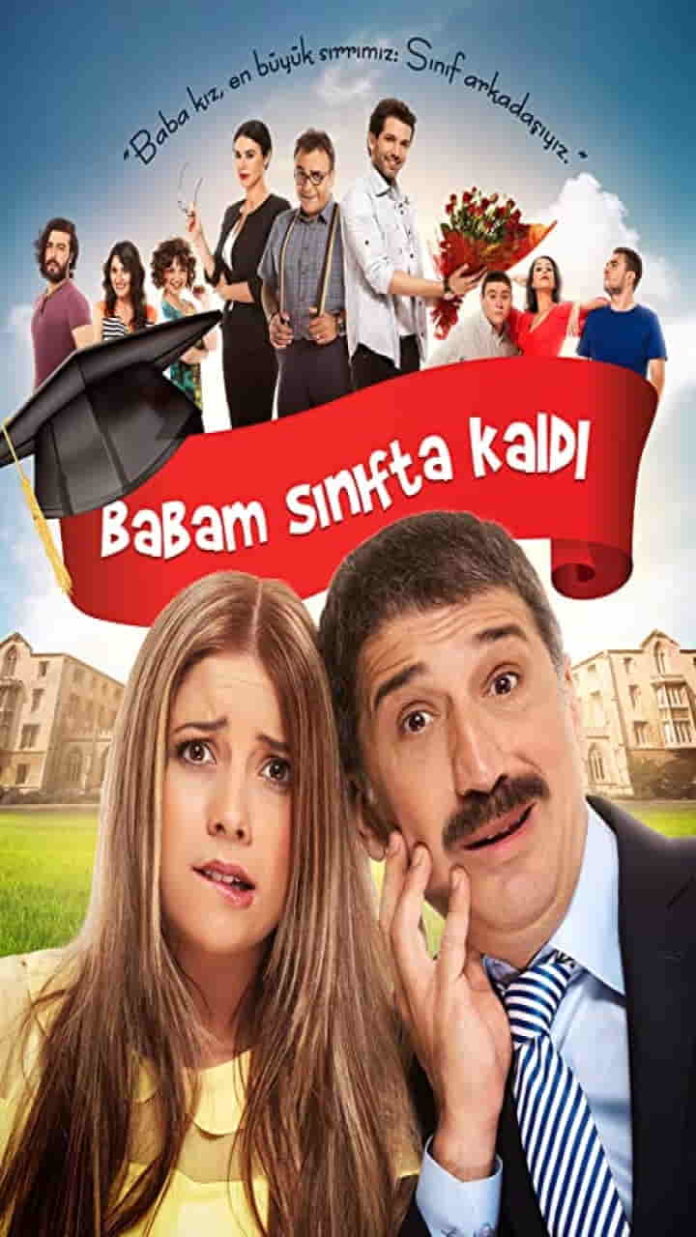 Babam Sınıfta Kaldı (English Title: My Father Could’t Pass The Class) is a romantic comedy and youth television series produced by Tükenmezkalem Film and broadcast on FOX between 7 July 2013 and 24 December 2013. Cem Davran and Melis Tüzüngüç took the lead roles . After the series could not catch the desired broadcast time, the end of the series came to the fore. Gani Müjde said about the ending of the series, ” Despite all the efforts of our channel, we finished our series, which was broadcast during the hours when our target audience was sleeping, without further dragging it. ” The series ended on December 24, 2013.

Yağmur, who grew up with her father’s jealousy, is preparing for university. However, his father, Erman, decided to start the university again by taking advantage of the announced student amnesty. Erman wants to complete his university education and to take care of his daughter at the university.