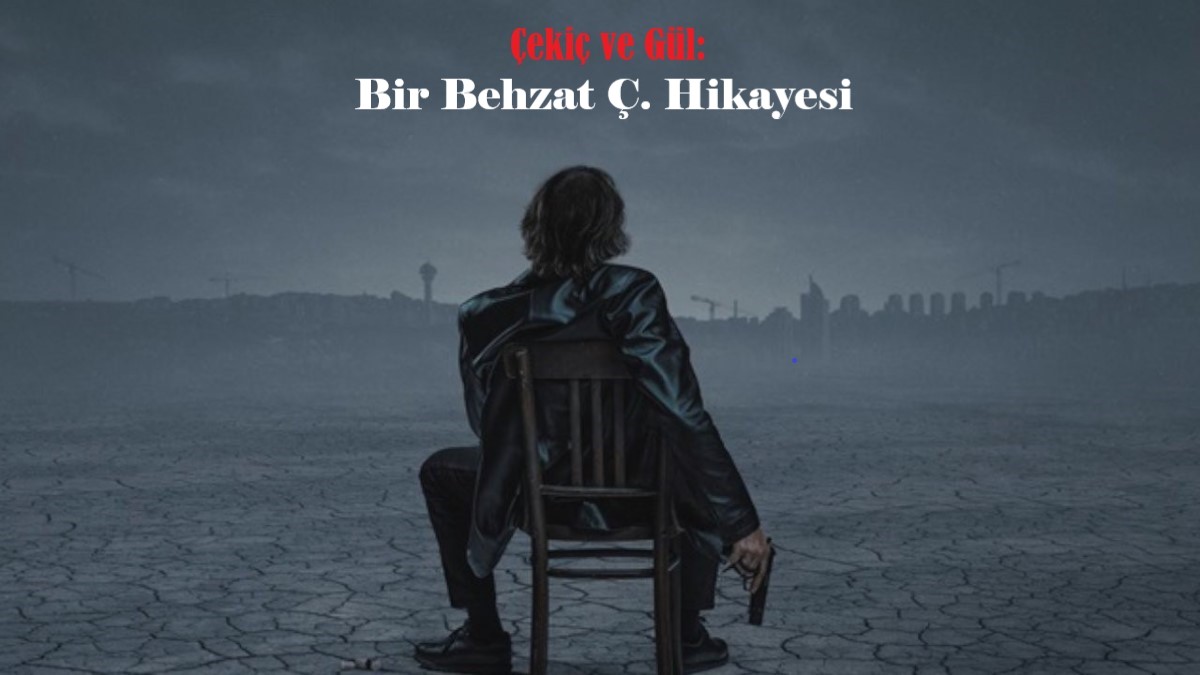 Behzat C. He is a police officer who graduated from the Police Academy in 1985 and works in the Homicide Bureau. He remained as the superintendent due to the severance deductions he received during his service. Together with his team, he is trying to solve the murders in Ankara.

Erdal Beşikçioğlu (born 5 January 1970) is a Turkish actor. Erdal Beşikçioğlu of paternal Laz and maternal Albanian descent. He is a maternal nephew of İlhan Cavcav. Beşikçioğlu attended İzmir Private Turkish College and Mehmet Seyfi Eraltay High School after which he studied at the Hacettepe University State Conservatory. He participated in creative workshops with William Gaskill among others.

Dagestan İnanç Konukçu (born 10 November 1985; Keçiören, Ankara) is a Turkish actor. In 2005, he showed his first acting experience in the TV series Karanlıktaki Umut. He became very popular with his role Hayalet in the popular Turkish drama Behzat C.

Berkan Şal was born on May 6, 1970, in Ankara, as the son of a tailor mother and a bus company operator father. He worked in various jobs until the age of 21, then he met acting with the theater courses of Altındağ Municipality. After taking a break from acting for a while and continuing his life as a sound director, DJ, and operator in various venues, his paths crossed with Erdal Beşikçioğlu and he returned to acting with a theater play at the insistence of Erdal Beşikçioğlu.

Evliya Aykan was born on 31 August 1992 in Hakkari. Part of his childhood was spent in Hakkari and part in Van. After primary and Secondary School Education, Evliya Aykan studied at Anatolian high school. He acted in several plays at the Van State Theatre and private theatres. In the process, he was prepared for the conservatory. In 2011, he entered the theatre department at Hacettepe University.

Burak Dakak was born on 8 June 1998 in Ankara. In 2009, he appeared as young Mert in Ezel. His other projects were Geniş Aile, Benim Adım Gültepe, Muhteşem Yüzyıl: Kösem, Umuda Kelepçe Vurulmaz and Diriliş: Ertuğrul has appeared in such series. He studied at Bahçeşehir University – Cinema and Theatre School. Between 2019 and 2021, he starred in the TV series Çukur.

Ayça Eren (born 2 August 1986, Aydın) is a Turkish actress. She graduated from Çankaya University, Department of Industrial Engineering. While taking photographs of a place run by Erdal Beşikçioğlu in 2010, Behzat Ç. She was included in the cast of an Ankara Police TV series.

Gökçe Eyüboğlu was born on August 20, 1983. Gökçe Eyüboğlu, who is also a graduate of Public Administration, started to study at the Academy 35.5 Art House in 2009 and while working on performing arts with names such as Vahide Perçin and Altan Gördüm, she also received diction and voice -over training from the leading names of the sector such as Murat Atıl and Sungun Babacan.

Eray Eserol was born in 1967, in Ankara. He is an artist at Ankara State Theater and teaches acting and stage knowledge at Ankara University Institute of Educational Sciences. Eserol, who worked as a director and assistant director in many theaters plays; ‘Behzat Ç.’, ‘Behzat Ç. Ankara Yanıyor’. He acted in TV series and movies such as ‘Behzat Ç. Seni Kalbime Gömdüm’.

Film and TV series actor, TV show producer, and music director. Graduated from the University of Toronto, Department of Cinema. He worked as a program producer and presenter and music director for 16 years. He has acted in many movies and TV series so far. He played the character of Mümtaz in the Persona series he played in 2018, and the character of Behram Adıvar, the mafia leader in the Kuzgun series that came to the screens in 2019.

Esra Ronabar (born 19 July 1978) is a Turkish actress. She studied chemistry at Ankara University but soon started taking acting courses. Altan Erkekli was among his teachers. She then briefly worked with Rutkay Aziz and Metin Balay. Ronabar graduated from the School of Language and History – Geography with a degree in theatre studies. Between 1997–1998, she worked for Ankara Art Theatre and had roles in the plays Elmadaki Barış and Küçük Karabalık.

Mehmet Ali Nuroğlu (born 7 September 1979) is a Turkish actor. After studying philosophy for three years at Middle East Technical University, Nuroğlu enrolled in Hacettepe University to study theatre. While still studying, he started working for the Turkish State Theatre. Meanwhile, he worked as an assistant for actor Semih Sergen. In order to get a role in Çağan Irmak’s period drama series Çemberimde Gül Oya, he moved to Istanbul and portrayed the character of Mehmet.

Güven Kıraç (born 5 April 1960, Istanbul) is a Turkish actor. He graduated from Mimar Sinan Fine Arts University Istanbul State Conservatory. He has acted in many television series, commercials, and feature films since 1986. He resigned after working as a state theater artist for two years. Legend of Mount Ararat, Two Planks and One Enthusiasm and Martial Law in Adana State Theatre; Theater Actor at Gülriz Sururi-Engin Cezzar Theatre, Street Girl Irma, Hamlet; Jean Genet at the Theater Studio. He played in the theater plays Balkon.