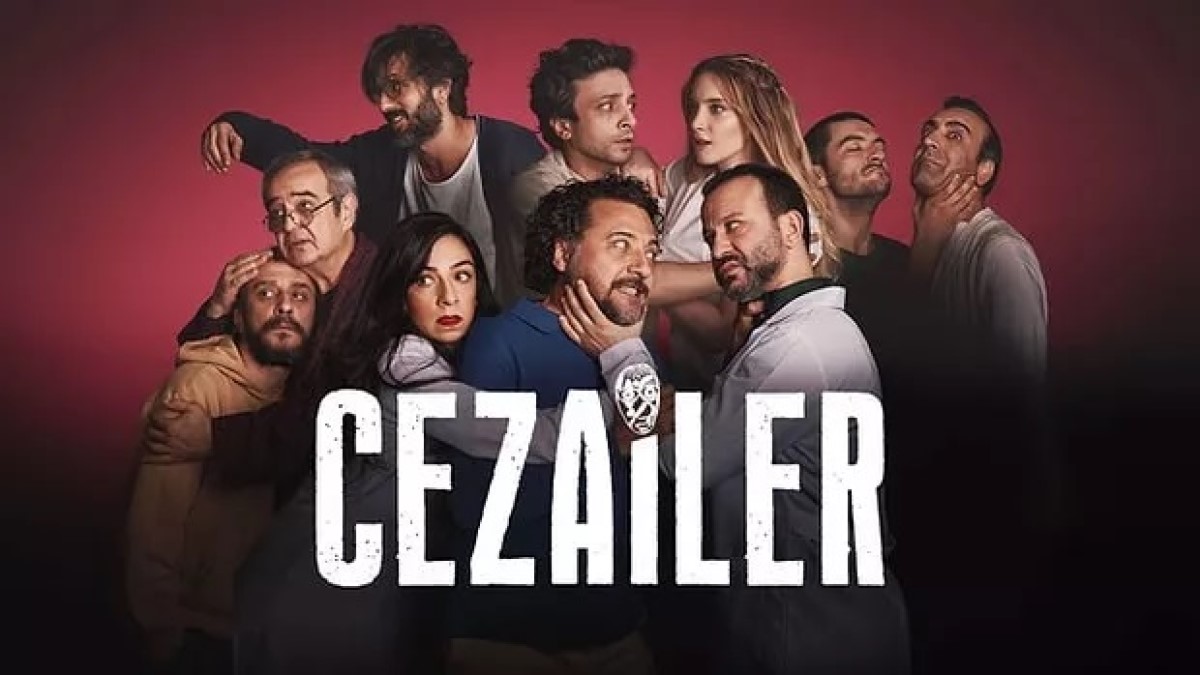 Cezailer (English Title: Criminals) is a drama Turkish internet series signed by Most Production, the first episode of which was published on September 29, 2022, directed by Murat Can Oğuz and written with Ayberk Çınar, starringYiğit Özşener, and Rıza Kocaoğlu. The subject of the Rosenhan experiment is covered in the series.

In the Rosenhan Experiment, one of the most shocking experiments in the history of science, psychiatrist David Rosenhan and seven of his sane friends are admitted to different psychiatric hospitals around the country, waiting for doctors to distinguish themselves from the truly sick.

Yigit Özsener graduated from Yıldız Technical University with a degree in Electronics and Communications Engineering in 1996. Özşener, who had begun studying acting at the Şahika Tekand acting studio, began acting there in various plays, including Harold Pinter’s The Dumb Waiter, which was directed by Şahika Tekand herself.

He is a graduate of the theater department at Dokuz Eylül University and has worked in cinema since 2001. On 25 January 2013, 30 actors, including Rıza Kocaoğlu, were taken into custody for a drug probe by Istanbul’s narcotics police.

Esra Bezen Bilgin, (born in 1973, in Ankara) is a Turkish theater and film actress. He graduated from Hacettepe University Ankara State Conservatory Theater Department. She has worked in Izmit City Theater since 1997 and played in many plays. She also took part in various plays in independent productions and Aksanat New Generation Theater.

She started her film career in 2004 with the movie Korkuyorum Anne, directed by Reha Erdem. She received training in puppet design and worked as an assistant director in puppet plays such as Nasreddin Hodja, Kuva-yı Milliye, Bin Varmış Has Never Existed.

Hayal Köseoğlu was born on December 20, 1992, in Istanbul. She completed her education at Istanbul Aydın University, Faculty of Fine Arts, Department of Drama and Acting. Köseoğlu, who met acting at a young age, had her first acting experience in the Ruhsar series broadcast on Kanal D at the age of 6.

She also appeared in the TV series Mahallenin Muhtarları, Aşk-ı Memnu, Muhteşem Yüzyıl on Star TV, Arkadaşlar İyidir on Show TV, İstanbullu Gelin on Star TV, and Mucize Doktor on FOX. As of 2022, she plays Sasha in Fox’s Mahkum.

Ushan Çakır graduated from Istanbul State Conservatory and has participated in a number of dramatic performances as well as playing theater. Besides acting, he also does dubbing and stage design. Ushan Çakir is an award-winning actor known for his work in Film, Television, and Theatre.

He has been graduated from the most acclaimed acting school in Turkey; Istanbul State Conservatory, later finishing his studies with an MB degree at Istanbul Bilgi University, Cakir has attended many acting workshops, including Contemporary Acting with Zisan Ugurlu in New York Ellen Stewart Theatre (La MaMa) and Poor Theatre of Jerzy Grotowski with Thomas Richards.

Şerif Erol was born on 8 October 1963. He switched to the School of Economics. He subsequently joined the Boğaziçi University Actors Club and appeared in theatre play for a long time before joining Açık Radio in 1997. Due to his desire for becoming a stage actor, Erol studied theatre and taught acting lessons.

Meanwhile, he joined the Stüdyo Oyuncuları Theatre in Nişantaşı. In 2008, aside from his career for Stüdyo Oyuncuları, he started to take his own play Karanlık Korkusu to the stage and in 2014 played the leading role in Babamın Cesetleri at the Krek Theatre established in Bilgi University.

Onur Ünsal was born on August 16, 1985, İzmir. Now in England, He plays the characters of the messenger, Eros, and Seleucus in the play Antonius and Kelopatra prepared by Oyun Atölyesi, which will participate in the Shakespeare Festival. He is one of the founders of Moda Sahnesi, which opened in October 2013. He is one of the translators of the play Hamlet he played.

Atıf Yılmaz made his debut in the cinema with the movie Eğreti Gelin. Later, he acted in movies such as Şaşkın, Devrim Arabaları, and Pandora’nın Kutusu. Ünsal, who started his television series in 2006 with the role of Cin Ali in the TV series Ezo Gelin, took the leading role in the TV series called Bir Varmış Bir Yokmuş in 2008.

Hakan Karsak (born 1 April 1975) is a Turkish stage, television, and film actor. Karsak joined the Ankara Youth Theatre and Yahya Kemal Beyatlı High School Theatre Group in 1992 and started his career as an amateur stage actor. Shortly after, he started to work as a trainee in the Ankara Art Theatre Acting Workshop.

After high school, he enrolled in the Afyon Kocatepe University Construction Department. After graduation, he entered the Philosophy Department of Istanbul University and eventually graduated from there.

He was born on April 27, 1978, in Erzincan. He graduated from Yeditepe University, Faculty of Fine Arts, Department of Theater. He has worked in such institutions as Van State Theater, Versus Theater, and Istanbul State Theater. To date, he has performed in many theater plays, and acted in numerous TV series and films.

He has also been involved in various advertising projects. Masum, Deli Gönül, Yılan Hikâyesi, İnsanlık Suçu, Bartu Ben, Jet Sosyete, and Benim Tatlı Yalanım are some of the series in which it takes place.