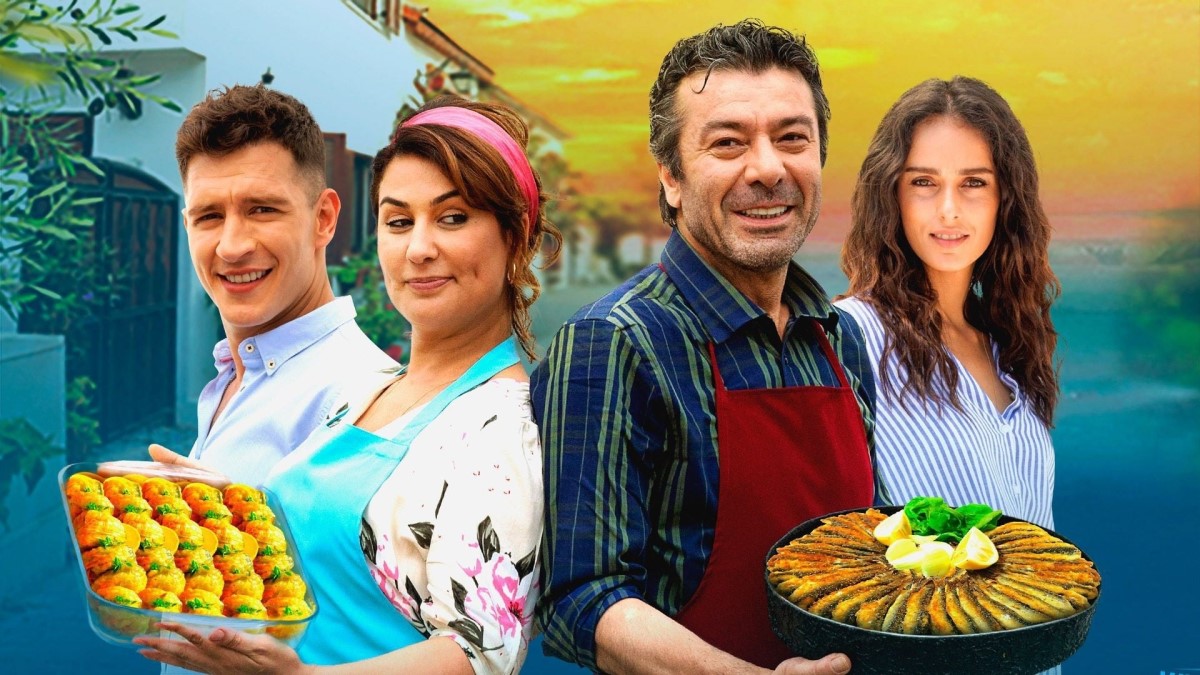 Melahat (Iclal Aydin) is a friendly and restless middle-aged woman who lives in a beautiful Aegean town named Sigacik. After her husband passed away years ago, she worked so hard to raise her son Deniz (Uraz Kaygilaroglu) and her daughter Derya (Buse Meral). Melahat owns a small restaurant where she cooks Aegean dishes. Soon after she opens her restaurant, it has become a popular destination for the locals and tourists.

Melahat aims to extend her restaurant by buying the shop just across from her restaurant. In this way, she wants to work together with her son who has recently finished his military service. Melahat organizes an event to celebrate the return of her son Deniz from military service. At the same time, she pays the deposit for the shop which is just across from her restaurant. Everything seems to go in order. However, something unexpected happens and the life of Melahat turns upside down.

On the other hand, Sevket (Ugur Cavusoglu) is an ill-tempered man who lives in Rize which is a beautiful city in the Black Sea region. Since his wife passed away years ago, Sevket lived together with her daughter Zeynep (Bestemsu Ozdemir), his son Omer (Celal Ozturk), and his sister Fikret (Asuman Dabak). Sevket is so proud of her daughter Zeynep as she has just graduated from college as an architect.

After living apart for a while, Sevket now thinks that all his family would come together as before and live happily afterward. However, his life changes dramatically when he learns that his lovely daughter gets a job offer right after her graduation. Zeynep wants to accept the offered job which is located at the Aegean region. At first, her family opposes this idea but soon later, Zeynep manages to convince her family to move into the Aegean region.

Sevket, who is very fond of his daughter, does not want to live apart from his daughter and decides to move into the Aegean region together with Zeynep. Even though it is too difficult to leave their hometown behind and start a new life in a new place, Sevket is determined to stay beside his children all the time and give them support. Sevket and his family move into Sigacik where Melahat and her family live. The lives of these two families change all of a sudden.

Sevket opens a restaurant across from Melahat’s restaurant and starts to cook dishes special to the Black Sea region. And war begins! Melahat becomes too angry when she learns that another person rents the shop which is just across from her restaurant. Her dream to extend her restaurant comes to end. At the same time, the restaurant owner Sevket causes big chaos in Sigacik which is known for calmness.

Melahat and Sevket become two big enemies and fight each other every day. Meanwhile, Deniz and Zeynep start to work in the same workplace and get closer to each other. Despite big differences in their backgrounds, Deniz and Zeynep fall in love without knowing how impossible this love can turn out to be.

Two Parts One Love (Ege’nin Hamsisi) tv series story is about family relations with a touch of emotional and entertaining elements. Will Melahat start to get along with Sevket as time passes? Will Sevket and his family manage to get used to their new life in the Agean region? Will Zeynep and Deniz manage to stand for all the obstacles in front of their way?

A complete Aegean woman, Owner of Artichoke Heart… Deniz and Derya’s mother… Very affectionate but the opposite is bad.

Zeynep and Omar’s father. He’s a master cook. A man who gets angry and calms down quickly. It drops like a bomb into the Aegean town.

He’s an Aegean boy. Honest and Mert… You know, when they say, “Man of his mold… His life is turned upside down with the family who moved to town.

Şevket’s sister, Zeynep and Omer’s aunt. A grumpy, grumpy, unavoidable Black Sea woman. He’s dedicated to the family. His favorite thing is the goose he put in revenge on his fiancée Nuri, who left his name.

He owns the tea garden. He tries to solve everyone’s problems with his fatherly attitude. He can’t just fix himself.

Zeynep’s belati from the Black Sea. He has only one goal in life, and he’s Zeynep.

Ashraf’s curious wife. You’re not in town, you’re not going to be asked. Melahat is the biggest problem.

He’s the mayor of the town. He decides himself to politics and the town by never marrying for his love.

The butcher is Ibo’s greengrocer’s wife. Hale’s mother… Moving Ibo on his finger is his greatest pastime.

The butcher of the town, a.k.a. Ibo. Manav Hatçe’s husband, Hale’s father, his only goal in life is to make his wife Hatçe happy.

Oya’s husband is Ashrafcan’s father. Besides playing keyboards in the tea garden, he makes constant attempts to be rich.

Melahat’s daughter, Deniz’s sister. Preparing for university… Fly, mind five in the air… He’s from the Black Sea family who moved to town.

Şevket’s romantic son… Poetry is everything to him… In this newly moved Aegean town, it is more connected to life than ever before… He’s popular with his poems.

The town’s fisherman, a friend of the Sea. Madly in love with Zehra. But it can’t be opened.

Get the news from the kid. Oya and Bekir’s naughty sons. You can’t see anything.

She’s one of the young people in town. Mert’s twin brother can barely get along. He always takes care of himself. Beauty is number one for him. He’s in love with Kerem. He’ll do everything he can to make Kerem realize himself.

Ipek’s twin brother… He always manages to show himself with his jokes.