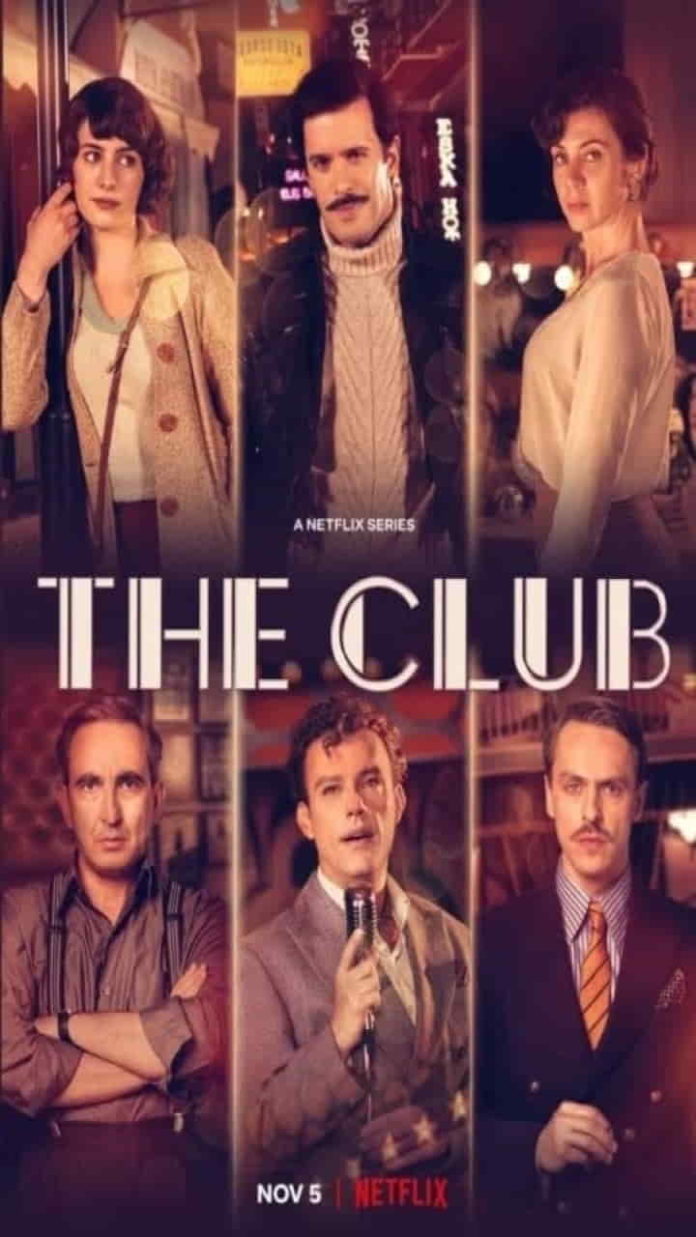 Matilda, an ex-con, works in one of the most important nightclubs of 1955. Matilda’s daughter, Rachel, is unaware of its existence until she is released from prison. Trying to establish a good relationship with her daughter, Matilda tries to keep Rasel away from Pera’s troublemaker, Fistik Ismet. Matilda also tries to fight the egos of her boss Orhan, nightclub manager Çelebi and artist Selim. Matilda, who adds a different spirit to the environment when she sets foot in the club, turns the club, which is hell for employees, into a home.

Gökçe Bahadır (born 9 November 1981) is a Turkish film and television actress. She is best known for her performances as Leyla Tekin in the series Yaprak Dökümü (based on classic novel of Reşat Nuri Güntekin), and as Yeliz in Hayat Bilgisi.

She has starred in numerous other series including Kayıp Şehir, Ufak Tefek Cinayetler, Aramızda Kalsın, Adı Efsane, and Dedemin İnsanları. As of 2021, she is the lead role in the TV series Evlilik Hakkında Her Şey, an adaptation of the British TV series The Split.

Salih Bademci (born 15 August 1984) is a Turkish actor. Badami is a graduate of Bornova Anadolu Lisesi. After appearing in a minor role in 1994, he made his main debut with Serdar Akar’s movie Barda and then appeared in his first role on television with the series Elveda Rumeli, which was another work by Serdar Akar.

In 2014, he was cast in the Kanal D series Zeytin Tepesi as Akın, in the same year joined the cast of Ulan İstanbul, portraying the character of Ceyhun. In 2015, he was further noted by the audience with his role in the Star TV series Kiralık Aşk, in which he played the character of Sinan Karakaya. He also had a leading role in İstanbullu Gelin, which was broadcast between 2017–2019.

Metin Akdülger (born 10 April 1988) is a Turkish actor. Akdülger, who took part in amateur plays and made short films during his youth, attended acting classes at his school due to his interest in acting while continuing his education at Koç University.

He continued to take part in amateur theatre plays at the university. He joined the Craft Theatre team in 2012. His professional theatre career began in 2012 with his role in the play Tape. In 2013, he entered television and began starring in the popular TV series Medcezir.

Barış Arduc was born in Switzerland on October 9, 1987. He is married to Barış Arduc Gupse Özay, who will star in the club series. He is among the actors of Turkish tv-series and films. Listen to his first acting experience, he has had small roles in tv shows such as Dinle Sevgili, Pis Yedili, and Küçük Hanımefendi. His original project was the character of Omer İplikçi in the tv series Love for Rent. Many brands have also become the face of advertising.

The full name of The Firat Tanış Club Series Cast is Nuri Firat Tanış. He was born in Istanbul on May 5, 1975. In addition to acting, he is also a musician. He graduated from Istanbul University State Conservatory Theatre Department. Since his high school years, he has been interested in theatre. Since 2001, she has been an actress in tv shows and films. Firat Tanış, who plays an important role in the club series, will play which character.

English Subtitles
Various Websites are Translating this series in English subtitles. Below are the links to the site.
ALAcom | Promix TV