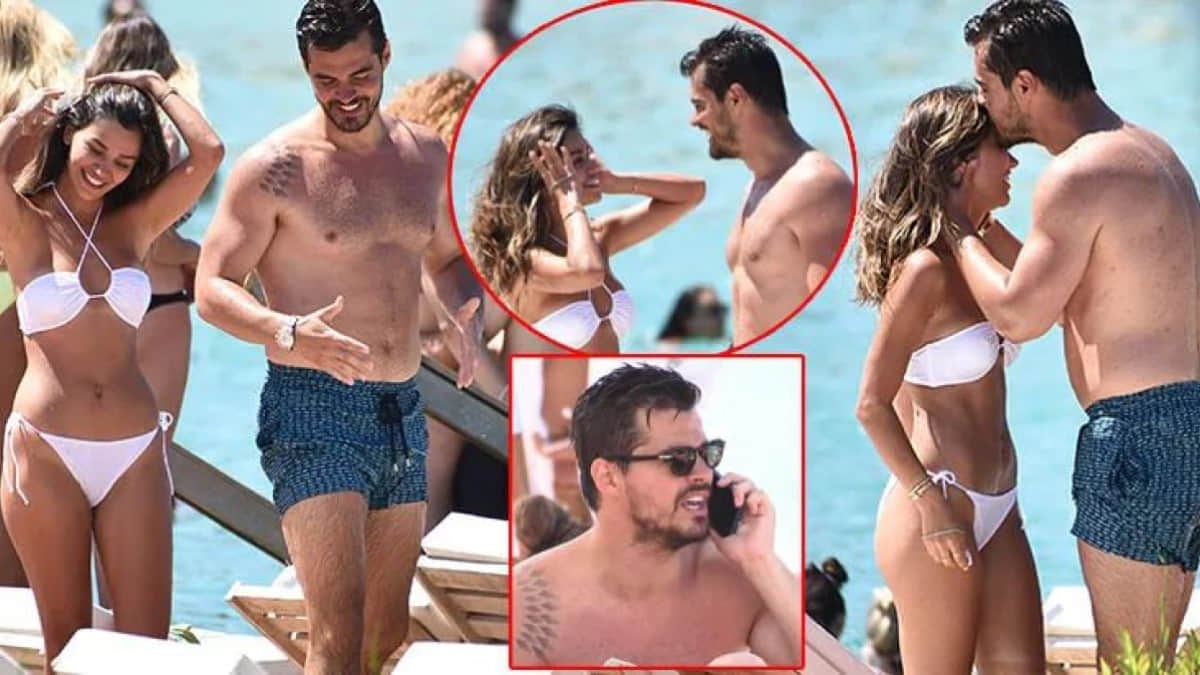 Berk Atan started acting after becoming the Best Model winner in 2012 and played the leading role in the ‘Gönül Dagi‘ series, which was shot in Eskişehir for a while. It was known last year that Berk Atan was in love with Selin Yagcioglu. The couple announced their union with the sharing they shared it on social media.

THE SEPARATION DID NOT LAST LONG

Atan from the couple, who spent the summer season in Çeşme, proposed to his girlfriend, and Selin Yağcıoğlu, who answered ‘yes’, wore the ring on her finger. However, there was news of the separation between the couple. Berk Atan and Selin Yağcıoğlu announced that they ended their love with the statement they made on their social media accounts.

This separation between the two did not last long. Atan melted the ice between him and Yagcioglu last September. The couple came together on Atan’s 30th birthday. Yagcioglu, who organized a birthday party for his lover, shared those moments on his social media account. Berk Atan had written the note “I love it so much” on the photo.

THEY ENDED THEIR RELATION

But Atan and Yagcioglu had ended their relationship. Selin Yağcıoğlu, who answered the questions of her followers on her social media account, said, “We ended our one-year relationship in the past weeks. There were many questions, let’s get a collective answer.” Berk Atan has not yet shared anything on the subject.

TOGETHER AFTER MONTHS OF SEPARATION

After all these experiences, Berk Atan and Selin Yağcıoğlu, who gave their love another chance and lived their relationship out of sight, were reflected in the lenses for the first time in a long time. Having dined together at a venue in Nişantaşı, the duo posed for reporters hand in hand.

The happiness of the couple, who answered the questions of the reporters by saying, “Friends, we don’t need to say anything. We are happy. We are in a hurry. We’ll talk later”, did not go unnoticed. It was noteworthy that Atan and Yağcıoğlu, who were displayed hand in hand for the first time after the separation, did not follow each other on their social media despite their reconciliation.

Selin Yağcıoğlu had previously shared the message “My love, I am telling you my feelings”, which Berk Atan sent to her via Instagram, in her story by mistake. The phenomenon, which soon realized that he had disclosed the message, removed his remarkable post. However, the screenshot quickly spread on social media.

The famous couple was caught in the lens in Çeşme the previous day. Atan, who will start shooting the series in the second week of August, recharged his energy with his vacation in Çeşme before the intensity.

It did not go unnoticed that the couple, who went to the sun lounger after swimming in the sea, looked at each other romantically while talking, and Berk even kissed Selin on the forehead.