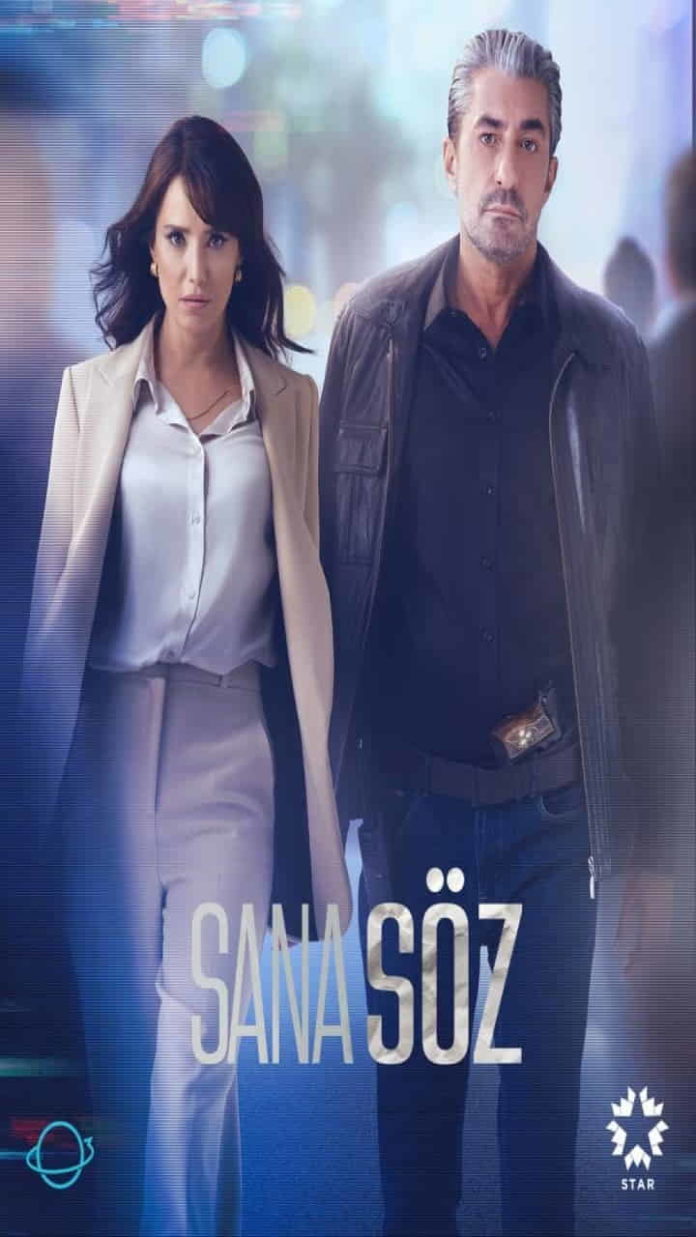 Sana Söz (English Title: Promise To You) is a Turkish-made drama and detective film directed by Şenol Sönmez, written by Ali Erkan Ersezer and Sertaç Sayın, the first part of which was published on November 2, 2021, and starring Erkan Petekkaya and Nehir Erdoğan . is a television series.

There is an order that has been going on for years. An unjust, ruthless, squalid order… All of us are assigned roles in this order… Some people are killed, lost, murdered and their lives are wasted. Some choose to be a part of this order, only watch what is going on from afar… But there are some who rebel.

He chooses to fight. He puts his heart out for these lost lives. This is the story of those who rebelled for justice and did not bow down… The story of Elif and Ömer, who did not stray for the sake of what they believed in despite everyone and everything… The fate of two wounded lovers is to unite and fight. The role assigned to them in this life; is to fight.