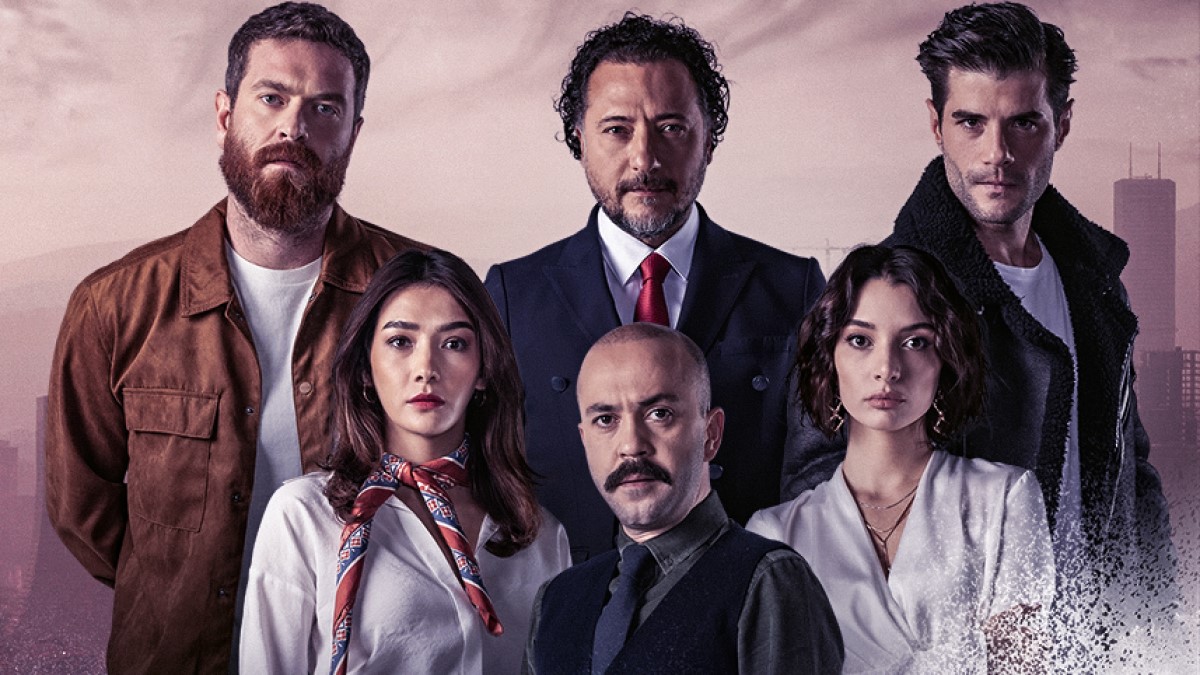 Sıfırıncı Gün (English Title: Zero Day) is Turkish television series in the genre of detective, action, and drama, directed by Süleyman Mert Özdemir and written by Atasay Koç, the first episode of which will be published on December 28, 2022, signed by Acun Medya. The leading roles are shared by Engin Öztürk, Berk Cankat, Yiğit Özşener, Aybüke Pusat, Damla Colbay, and Sarp Akkaya.

Kadir, the seven special police of the Police Department, and the superiors of this favorite team, whom he considers like a father. The team, which has turned into a real family after their years together, is in pursuit of organized crime leader Ejder. Reaching Ejder at the end of a long follow-up, the team is unaware that their lives will change completely with the operation they dreamed of, “Sıfırıncı Gün”.

The operation they had dreamed of until that day does not go as planned. Ozgur and Mert, two favorite members of the team, take responsibility for the failure and they make a plan. Their superiors, Kadir, do not leave the case. The team, who will lay down their lives for each other, reunites to rise from the ashes and take their revenge and relieve their pain a little.

Aybüke Pusat (born 25 February 1995) is a Turkish actress, ballet dancer, model, and beauty pageant titleholder who was crowned Miss Earth Turkey 2014 and was supposed to represent her country at the Miss Earth 2014 pageant. Her maternal family is of Tatar descent (a Turkic ethnic subgroup). She graduated from the ballet department of Hacettepe University Ankara State Conservatory. Also, she is studying distance education in the business department of Anadolu University.

Damla Colbay (born 14 January 1993) is a Turkish actress. She became famous for her work on the TV series İçerde. She spent her childhood years in Karşıyaka and moved to Istanbul in 2013. She studies acting at Dokuz Eylül University in İzmir.

Damla made her first television appearance in 2014 in the TV series named Kara Para Aşk as Demet Demir. In 2015, Damla got her first leading role as İnci Temizyürek in the Turk remake of Juana la Virgen, titled Hayat Mucizelere Gebe. Due to low ratings, the series ended in early 2016 with 7 episodes.

Berk Cankat was born on May 9, 1984, in Ankara and is 38 years old. Graduated from Bilkent University Graphic Design Department, Berk Cankat Academy 35 and a half took acting lessons. The actor, known in the Güzel Köylü series, later appeared in series such as Yıldızlar Şahidim and Bir Deli Rüzgar. He is the lover of Pınar Deniz.

Sarp Akkaya was born on May 13, 1980, in Istanbul. He is 183 cm tall. He graduated from MSU state conservatory in 2001. Sarp Akkaya, who started his acting career with the Bizim Aile series, later became famous with the Kurtlar Vadisi Pusu series. He attracted attention with the character of Tevfik, who he played in the popular TV series Ezel. In 2010, he founded Akkademi Theater with his family.

During 1970-71, he attended the drama courses of the Theater Academy in Leningrad and studied Psychogymnastics. Turgay Tanülkü; He founded theater groups in schools for the blind, juvenile detention centers, and 8 regional prisons in Turkey. He still continues to work with the groups he founded.

Savaş Özdemir, who was born on May 8, 1971, is 179 cm tall. He graduated from Anadolu University State Conservatory Theater Acting Department. He took part in Kurtlar Vadisi Pusu for 1 season. In 2011, he was appointed to the Istanbul State Theatre. He took part in many games here. He also took a role in the series Eşkıya Dünyaya Hükümdar Olmaz. Finally, he found himself among the cast of Sıfırıncı Gün, which will be broadcast on TV8 screens.

Uğur Uzunel is known for his TV series Ask Ve Mavi and Masumlar Apartmani. He was born in Izmir in 1988 and is 34 years old. Uğur Uzunel, a graduate of Dokuz Eylül Fine Arts Faculty, is single.

Esra Ruşan has recently been successfully featured in the series Tatli Kucuk Yalancilar and Masumlar Apartmani. Esra Ruşen, who is very popular with her character Esra, especially in the TV series Masumlar Apartmani, wants to repeat a similar effect as an Sıfırıncı Gün actress. Esra Ruşan, born in Kars in 1983, is 39 years old. Esra Ruşan is a graduate of Mimar Sinan University, Department of Theater. Esra Ruşen, who started acting in the TV series Arka Sokaklar, is 1.68 cm tall and weighs 58 kg.

Demir Karahan (born 25 March 1944, Adana) is a Turkish cinema and TV series actor. After graduating from Austrian High School, Karahan met the director and screenwriter Duygu Sağıroğlu while studying at Istanbul University Faculty of Medicine. He went to France to act in a Turkish-French co-production, acted in 4 films there, worked as an assistant director, and got married.

Adnan Biricik (9 June 1959, Istanbul) is a Turkish actor. He completed his secondary education in Istanbul and moved to Ankara for university “undergraduate” education. In 1978, he graduated from the State Conservatory Theater Department “higher”. After the year he graduated, he took part in the Istanbul State Theatre, which was established with the artist staff, and joined the State Theatre. At the same time, he was involved in the establishment of the Istanbul State Theatre He also won awards in some of them.

Ahmet Pinar, who was born in Istanbul in 1972 ar is 50 years old. Ahmet Pınar, known for his Börü series, was loved by the character of Barbaros Çepni, whom he gave life to in the series.