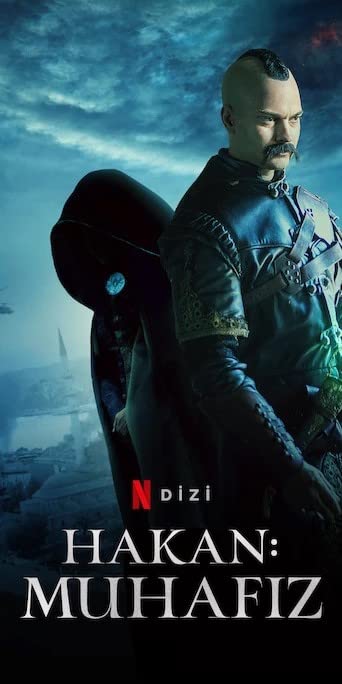 Hakan: Muhafız (English Title: The Protector) is a Turkish drama fantasy series starring Çağatay Ulusoy and Ayça Ayşin Turan. It was created by Binnur Karaevli and directed by Umut Aral, Gönenç Uyanık, and Can Evrenol in the first season. The first season consists of 10 episodes and became available for streaming on Netflix on December 14, 2018. The second season consists of 8 episodes and was made available for live streaming on April 26, 2019. On June 10, 2019, the series was renewed for seasons 3 and 4 The fourth and last season was released on July 9, 2020.

After his adoptive father Neşet is killed, Hakan Demir, an Istanbul shopkeeper, discovers he’s connected to an ancient secret order whose duty is to protect the city. Hakan must embrace his family’s legacy as The Protector, a hero with the duty to kill the Immortal and prevent the destruction of the city.

He is helped by Kemal and his daughter Zeynep, members of the secret order of the Loyal Ones.