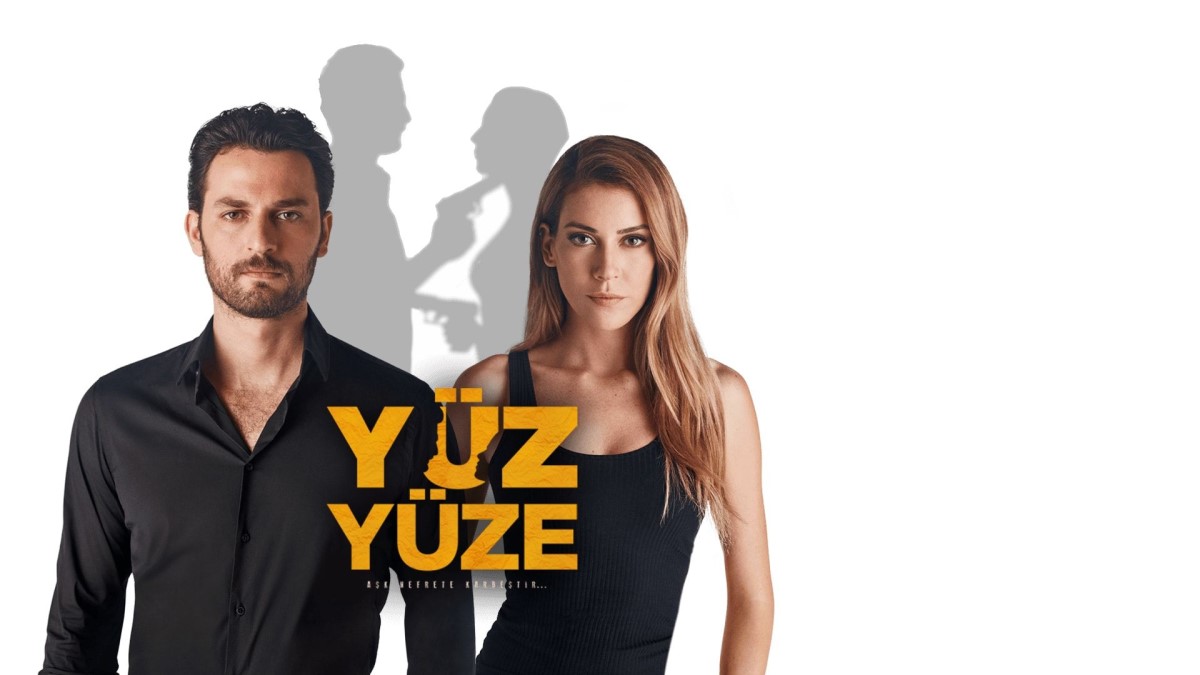 Two wounded angels with broken wings… Seliha and Cihangir… Apart from both of them, they are unbreakable shells. And a criminal world… While Cihangir and Seliha stand at opposite poles of this world, life will bring them together. Seliha is after a notorious gang. Cihangir is the leader of that gang. They’re both in the same neighborhood, searching for each other, right under their noses, picking up clues. But unaware of each other…

These two people, who have been running away from love all their lives, are now “Face to Face” at the most inopportune time. Not knowing that they are enemies…

Cihangir (Cino) is a florist in his thirties who grew up in Surdibi and learned at a young age that he must live according to the rules of life. The florist is the face of the situation. soulmates; The psychopath Tatar, technology, and music expert Aleko, together with the unique young man “Molla” Yunus and the adrenaline-boosting Mustafa at the wheel, open up to a completely different world in the evenings.

When Cino learns that his deceased father was actually the victim of slander, he swears revenge and his friends vow to walk with him. Seliha; The beautiful, daring superintendent of the robbery desk… After introducing their closest relatives Zeynep and Ali, the two falls in love with each other. On that day when everything started, Ali and Zeynep got engaged. Ali goes to the bank for a job. The Cinos will also blow up a safe in the bank that day.

When they enter the bank, things go wrong and everyone’s lives are changed forever. Seliha vows not to let go of what happened. He goes after the Cinos without knowing who they are. While on the trail, he meets Cino. Head to the nose, chasing each other, two people will now be tested with love and revenge.

Birkan Sokullu (born 6 October 1985) is a Turkish actor, model, and former basketball player. Sokullu’s grandparents were Bosnian immigrants. Sokullu left his basketball career after 10 years due to his leg injury.

Birkan Sokullu was born in Istanbul on 6 October 1985. He graduated from Maltepe University with a specialty in Radio-TV Programming. While studying at university, he began his modeling career. He took acting lessons from Dolunay Soysert.

Sinem Kobal (born 14 August 1987) s a Turkish television and film actress. She is known for her roles in television, such as Hurrem Sultan, Selena, Küçük Sırlar, and Arka Sokaklar.

Sinem Kobal is an actress and model from Istanbul, Turkey. She is known for her roles in television, such as Hurrem Sultan, Selena, Küçük Sırlar, and Arka Sokaklar, and in the films Romantik Komedi 2: Bekarlığa Veda, Romantic Comedy, Ayakta kal, Okul and You Have Burnt Me. She made her screen debut.

Taner Ölmez (born 9 August 1986) is a Turkish actor who started acting in 2009. He started to be interested in theatre when he was going to high school. After high school, he works at Bakirkoy Municipality Theatre for 2 years. After then, he started to study at Istanbul University.

While he was studying at university, he took part in the television drama Grand Bazaar (Kapalicarsi) as a character named Giyabettin. In 2012, Taner Olmez started his acting career on the big screen with the movie Long Story (Uzun Hikaye).

Başak Daşman (born April 10, 1981) is a Turkish actress He is known for his roles in TV series such as the European Side, Behind Bars, Gül Oya in My Circle, and Revenge.

Merve Dizdar (born 25 June 1986) is a Turkish actress. She made her television debut with a role in Aksanat Çocuk Oyunları. She is a graduate of Çanakkale Onsekiz Mart University School of Fine Arts with a degree in acting.

She received her master’s degree in acting from Kadir Has University. Dizdar was born on 25 June 1986 in İzmir. She started her career on stage by joining Semaver Company and continued it at Craft Theatre.