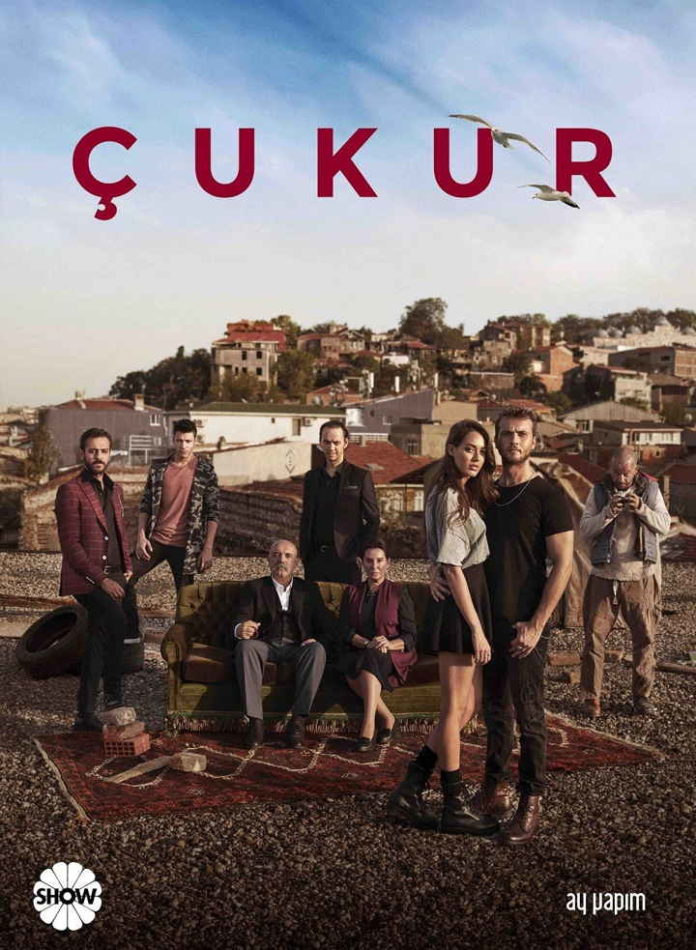 Cukur (English title: The Pit) Ay Yapım, the first episode of which was aired on 23 October 2017, directed by Sinan Öztürk and written by Gökhan Horzum and Damla Serim, a Turkish-made television series in the genre of action and drama.

The control of Çukur from Istanbul’s most troubled neighborhoods is in the hands of the Koçova family. While the Koçovars directed Çukur, the most important rules are that they should never allow drugs. However, the current order is distorted by the emergence of a new group whose eyes are planted in this neighborhood and are prepared to break this law. When the whole Koçovalis thought they had given up, the younger son of the family, Yamaç, would return to the pit he left behind years ago to set up a totally different life, and a new era will begin. The hillside had fallen behind a pitiful life that did not think of tomorrow by leaving Çukur and his family behind years ago. She believes that she finds eternal love when she emerges, a young woman who is at least as unconscious, wounded, and dangerous as she is, but as beautiful as she is. With this reunion of Çukur and Yamaç’s family, this young couple who met together to be “happy as to die” will not be like they have dreamed of anymore. Will the slope of Cukur and the past of Sena allow them to establish a common life

Çukur, one of the most dangerous neighborhoods of Istanbul, is ruled by the Koçova family. Although they are closely related to crime, the family has its own rules. One of these rules is the prohibition of drugs. Drugs cannot be produced, used or sold in Çukur. But one of the upstarts is determined to break the ban. First he tries to negotiate with the Koçova’s but when his request is rejected he attacks the neighborhood and the family with his power. Just as he thinks that he has put the family on their knees something unpredicted comes up. Now the cards need to be dealt again. Yamaç is a young man who has focused himself on living life the way he wants to. He’s a man who doesn’t think about tomorrow. One night he meets a beautiful young woman as wounded and dangerous as himself. Her name is Sena. Soon they fall in love and get married. While thinking that they would live “happily ever after”, Yamaç’s family that he believed he had left behind comes between them. As Sena follows Yamaç and runs in the family, they are not aware that their lives will never be the same.