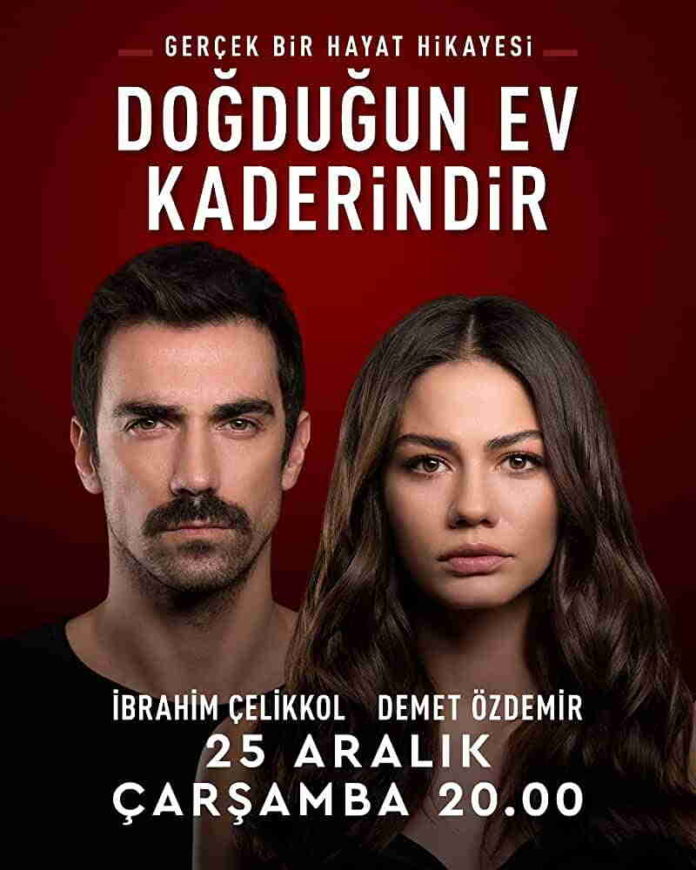 Dogdugun Ev Kaderindir (English title: My Home My Destiny)  a Turkish drama series written by OGM Pictures, the first part of which was published on December 25, 2019, directed by Cagrı Bayrak, and written together by Eylem Canpolat, Aysenur Tight, Seray Sahiner, Defne Gursoy, and Doruk Erengul.  Author Gülseren Budayıcıogl of ‘The Girl in the Glass is adapted from his book.

The series ‘Doğduğun Ev Kaderindir’ will be adapted to television series, inspired by Dr. Gulceren Budayıcıoğlu’s much-read book, “Camdaki Kız (The Girl in the Glass)”. Mehdi and Zeynep’s formidable love legend will be shown in the tv series Doğduğun Ev Kaderindir. Mehdi and Zeynep, who suffered greatly as children, are in a difficult struggle for life, and their souls are full of wounds they get as children, even though years have passed. Two wounded souls will find a sense of belonging in one another. The duo’s journey will now retell the audience all the words about love in the dictionaries. Read Also

Demet Ozdemir as Zeynep
Demet Ozdemir, who was born in Kocaeli on February 26, 1992, is 27 years old. Demet Ozdemir, who has been in the art community since 2013, is a short but good dancer and actress with a length of 1.70. Demet Ozdemir, who recently came up with her alleged love with Can Yaman, who is a partner from The Early Bird series, is a shattered family child. Anen lived with his mother and sister in Istanbul after his father broke up. Demet Ozdemir first appeared on screen as a dancer and danced behind Bengü by taking part in singer Bengü’s dance team. Kinder said that little dancer girl will be a known actress in the world these days. Demet Özdemir, who has been in the way of beautiful dance, has been studying acting intensively for 2 years and has appeared in her first series Sanar Bir Sır Vereceğim.

English Subtitles
Various Websites are Translating this series in English subtitles. Below are the links to the site.
TurkFans | Promix TV