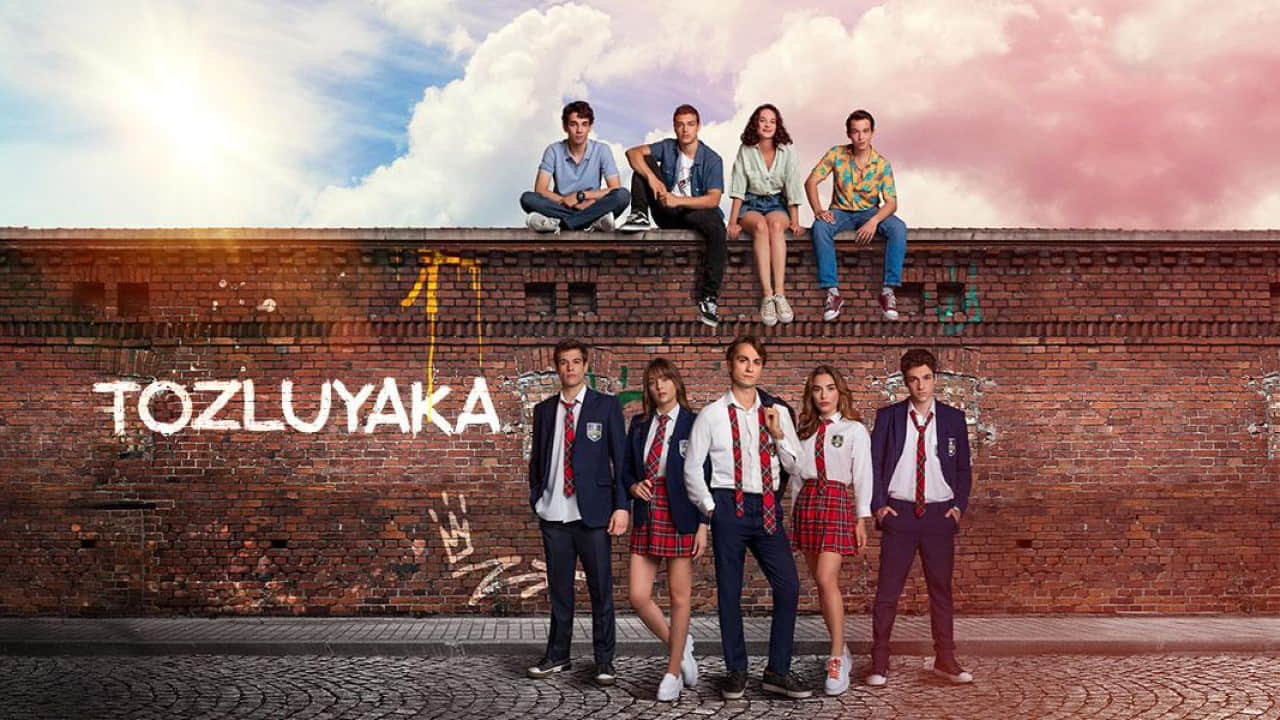 Tozluyaka is a Turkish-made television series signed by NTC Medya, which will soon be broadcast on FOX TV. The leading roles in the series are Mustafa Üstündağ, Dolunay Soysert and Tayanç Ayaydın.

The series, which deals with the stories of young people from two different worlds about the friendships they develop despite the class difference and their hopelessness, will also crown its story with tense nuances.

The happy life of Ali and his friends on their own, changes overnight. They have nothing but a long night of secrets and doubts. When they believe that justice will not come to them, a miracle happens. A miracle offered to them from the source of doubt. In fact, nothing is as it seems. They fearlessly set off on their new life to find the truth. When their courage is added to their strength, they will only have to open the doors of that secret night one by one. Finding the keys will not be easy.

Reaching the top is not enough for him. He is a true narcissist who likes to be applauded. He hides himself very well with his protective, constructive and calm demeanor, which can even mislead you. He is good at manipulating people. That’s why water always flows in the direction it wants. The only thing he can’t stand is the breaking of his word. In that case, he does not see anyone, including his son. Because he is the boss everywhere.

If the scale of justice were in her hands, there would be no one left in this world who did not take their rights. She is an honest, reliable person who knows what she wants. Above all, she is a mother. The greatest happiness in his own world, which she built with difficulties, is her son Ali. She is a struggling mother who does her best to raise her as herself. A strong woman who can tell the curve straight to the curve. Even if she has a son in the face of injustice, she will not recognize it. But life is so strange that you never know where the injustice comes from!

For Önder, who lost his dream of becoming a great football player forever after an accident, his only motivation in life is his son Çağrı. Although that accident changed their lives badly; she stood up for her son. He is one of those who gets his share of the father-son conflict a lot, but it always shows that he is the boss himself. He is a successful coach who is loved and respected at school for his tough temperament and fatherly ways.

Black-eyed, honest, friendly to everyone.

A crazy young man who embraces where he is, makes do with what he has, and never loses his joy of life and hopes for life despite all this. His mother’s copy, so as not to be surprised at what he knows is right. The only difference is, that he is so reckless as to sacrifice everyone for the sake of his loved ones. There is an invisible but strong bond with his friends that will never break. You can take everything from Ali, even his life, but never his loved ones!

She is a compassionate, fair, and honest girl.

She is not even aware of the chains she is attached to. At home, at school, among friends, and even in her love life, she seems to be forcibly attached to someone. She gives her biggest test in her love life. As she gets to know the real Cemre inside, she will enjoy freedom, but the first ones to stand in front of her will be all her loved ones.

Even though he is a copy of Kenan, his father is the person he is most angry with inside. His anger, ambitions, and most importantly, his desire to own everything shaped his character. Power is important. That’s why he wants everyone around him to be strong. He believes that it is necessary to destroy the weak. However, all these are the fears of the fragile child inside. In fact, he would love to be able to get rid of the burdens on him. At that time, the first person he would fight against would undoubtedly be his father.

The girl of the neighborhood. The only female member of the group, but it doesn’t matter. She takes ten people out of their pockets who say it’s mine. She is not aware of her beauty yet. Everyone in the neighborhood is a friend or brother, except for one person. No one needs to know that person, she. That’s how life is for her.

Hazal is perhaps the person with the biggest dreams. There is no limit to what they want, what they desire to have. She also knows very well that she has the power to achieve anything. She cries very well, but she also flirts so beautifully. Since she can realize people’s weaknesses very well, she shows everyone a different face. There is nothing she wouldn’t do to win in a war. She is in love with power, and anyone who is powerful is in her interest.

Life for him is a mixture of many melodies, many colors in bloom. Entertainment is his middle name. He is one of the few people in life who is equally fond of his family and family friends. He values love and respects everyone.

Vefa is someone who tries to hold on to life between the absence of her mother and the childishness of his father. His father is everything to him, and his friends whom he loves more than his life. But Ali’s place is different from theirs. They grew up together… His only wish is to continue growing together. And who can prevent this? Who could have a problem with those who live happily on their own?

He tries to make up for the emptiness created by his parents, who work non-stop, and his fear of being alone with his friends. Especially every word that comes out of his best friend Berk’s mouth is considered law for him. In time, he will learn what friendship and brotherhood actually mean, but until that day comes, the number of people he spends and will spend with will be too many to be underestimated.

His parents’ divorce is still a trauma for him. How not? His mother, Nesrin, starts every new day with anger towards Önder, as she constantly reminds her son of this situation and allows him to target his father as a criminal. This anger within him brings him closer to his friends at school. He does what they do, without distinguishing between right and wrong. However, his difference from others is the conscience he still carries.