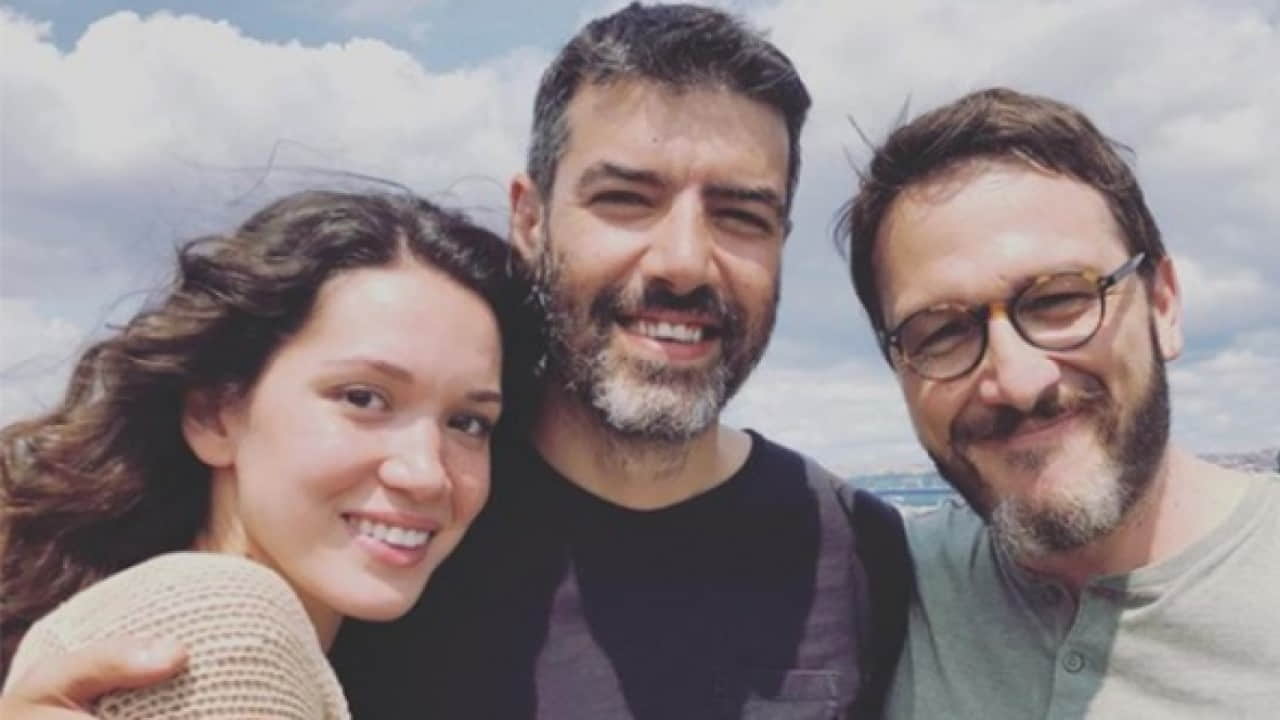 The Sıcak Kafa series, which will be broadcast on Netflix screens on December 2, 2022, have been announced. The female lead actress will be Hazal Subaşı. Osman Sonant, Gonca Vuslateri, and Erdem Akakçe will also take part in the cast of the series.

The story of the series tells about a period when an epidemic similar to the covid-19 disease took over the world. But this is an epidemic of madness… This disease spreads from mind to mind as it communicates through language and speech. It changes human relations and thus the social order. As a result, the economy, education, business world, and similar things are also affected by the epidemic. In short, the world is being dragged into an apocalypse because of this epidemic.

The only person unaffected by the epidemic is the former linguist Murat Siyavuş, who once worked on this relentless disease. He appears as both the narrator and the protagonist. Murat Siyavus. Murat, who learns that he is wanted by the Epidemic Control Agency, which is famous for its brutality, is forced to flee from the liberated area where he hides and faces different realities.

How was Murat not affected by the epidemic? The secret of the ‘Sıcak Kafa’ that the epidemic left him inherited will be revealed in the series.

Lastly, Hazal Subaşı, who took part in the cartoon series Çukur and Bizi Ayıran Çizgi, will show her acting skills in the Sıcak Kafa series in the summer of 2021.

Hazal Subaşı, one of the most beautiful girls in İzmir, was born in 1996 and is under the age of 25. Hazal Subaşı, who is known for her character Zehra in the TV series Adını Sen Koy, and later failed in Bir Umut Yeter, graduated from the Izmir University of Economics, Department of Public Relations and Advertising. Hazal Subaşı, who attracted attention by being selected as Miss Turkey in the Elidor Miss Turkey contest, is now shown among the important female lead actors with the characters of Bahar in the series Bahar and Çukur. Hazal Subaşı is in love with Çukur’s Aliço, Rıza Kocaoğlu.

Finally, Erdem Akakçe, who gave life to the character of Behram in the Awakening Great Seljuk TV series, will now appear in the Sıcak Kafa series. Born on December 13, 1975, in Konya, Erdem Akakçe is 36 years old. Babam ve Ailesi, Beni Böyle Sev, and Vuslat series are among the important projects that Erdem Akakçe has been involved in recently. It is 1.74 meters tall and weighs 83 kilograms.

Şevket Çoruh was born on June 30, 1973, in Istanbul and is within the age of 48. Şevket Çoruh, who continues to give life to the character of Mesut in the TV series Arka Sokaklar, is 1.83 meters tall and weighs 85 kilograms.

Kubilay Tunçe, who attracted attention with the movie Eltilerin Savaş and Fatma series, was born on June 12, 1969, in Balıkesir. Kubilay Tunçer is 51 years old. Known by many as a magician and illusionist, the experienced theater player was selected as a world-renowned Cabaret magician who won the Merlin Award in 2009. He is an Ankara state theater artist.

Şebnem Hassanisoughi, born in 1985 in Istanbul, is 32 years old. She is a graduate of Mimar Sinan Fine Arts University State Conservatory, Department of Performing Arts. Hicran De Poyraz Karayel took part in the TV series Vatanım Sensin; however, she could not take place in the leading role. Finally, Nefes Nefese took part in the character of Selma.

Barış Yıldız has recently appeared in the cast of the TV series Her Yerde Sen. Barış Yıldız, born in 1982, graduated from the Theater Department of Mimar Sinan University. She acted in the Wedding Association and Instrument Cengi series and was loved very much. He had a big break, especially with the character of Reis in the series Kardeş Pay. He is known as Muallim Saffet in the Düğün Dernek series. Finally, he was very popular with the character of Poet Lütfü in Tutunamayanlar.

Arda Anarat was born in 1999 and is under the age of 22. Arda Anarat, whose life changed after Leyla Şirin became a part of the agency, is one of the stars who became a star at a young age. Arda Anarat’s most well-known project was the life of Ertuğrul’s brain brother Dündar Bey in the Diriliş Ertuğrul series, and he marketed himself to the world in the series watched by the world. Later, he was cast by Ay Yapım, the producer of the Çukur series, and was very popular with the character of Efe, whom he gave life to in the Arda Anarat Çukur series, and was included as the leading role in the Tek Yürek series. Anıl Anarat is an actor who has completed his acting classes and is waiting to be the star of the future.