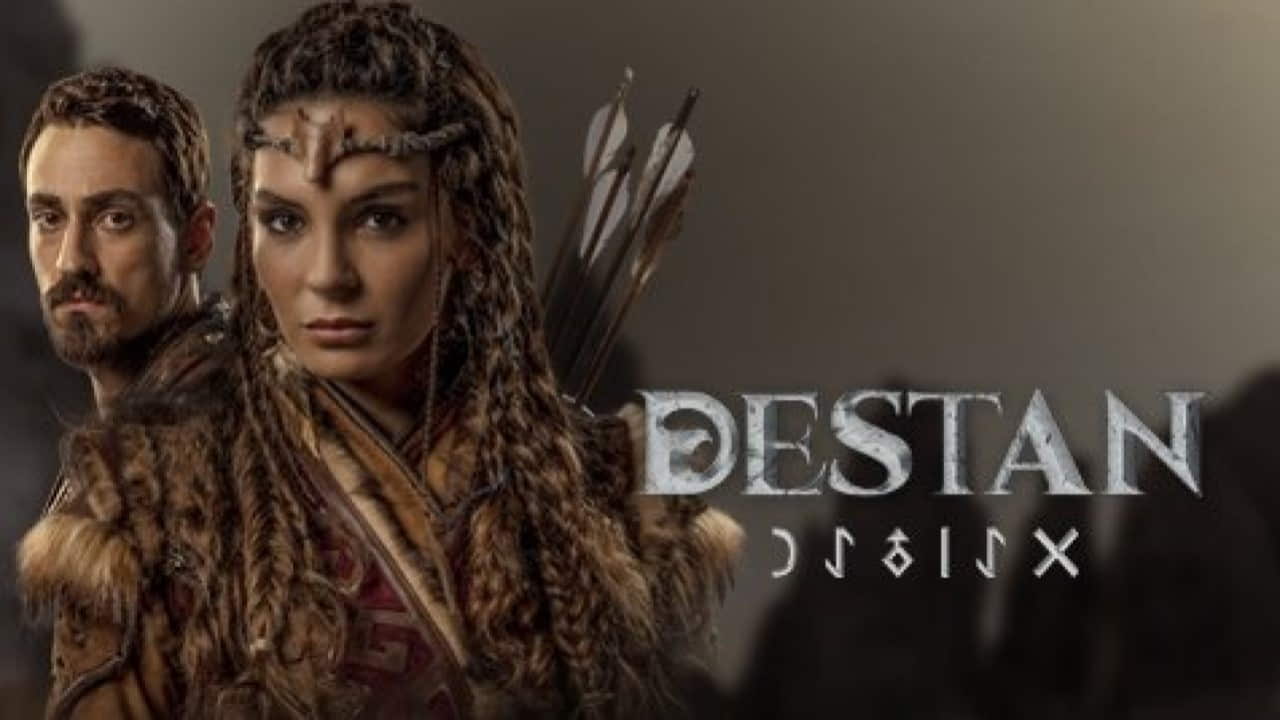 What will happen in Destan Episode 27 English Subtitles?

Akkız and Batuga, who were heralded to each other by tying a belt around their waists by Esrigün Kam, concealed this happy news for a while because of the cepir disease in the palace. After the recovery of Alpagu Khan and the Tegins, Ulu Kam Arçuray announced this news to the Gök Saray, making the good news obvious. The gospel was enthusiastically received by Alpagu Khan and the palace. However, the lovers said that they could not hold a wedding party when the Turkish lands were under the occupation of the Itbaraks. After the victory against the Itbaraks, a wedding feast is held for Akkız and Batuga, the two heroes of epic love. What awaits Akkız and Batuga, who are in love in the ring of fire, after the wedding party?

Will the Gök Khanate be able to erase itbaraks from history?

The Turks had achieved a great victory in the great war that broke out after the Turks and Itbaraks faced each other near the Gök Orda. Realizing that the naves were fake during the conflict, Obar and Itbarak were defeated and had to retreat. Before they could fully experience the joy of victory, the Gök Khanate had received the news that the Itbaraks had arrived in the Western Sky Lands in droves. Who will have the last laugh in the thousands of years of war between the Turkish Army and the Itbaraks? At the end of the all-or-nothing struggle, will the Gök Khans be able to save Western Gök? Will they be able to delete the citations from history? Or will they lose the Gök Horda as well?

Ulu Ece Ulu is in front of the judiciary

Vera cooperated with the Russians and provided naphtha support to the Gök Orda. With this cooperation, Alpagu Khan kept his promise, even though he still doubted Vera and gave her the crown back and Vera regained the position of the Great Ece. With this move, Ulu Ece, who has managed to cover up her crimes, for now, what steps will she take to get rid of the accusations that are on her in the Ulu Judiciary waiting for her? Who will it ally with? Will Ulu Ece pay for what she did in the Great Judgment and be punished?

Confident that Temur would not consider her to be his household, Mei Jin had set up a game against the Sky Horde, informing Obar of the location of the naphthas. Although Mei Jin denied the betrayal of Alpagu and Temur, as it was unconvincing, Zhao stepped in and took the blame on himself to save Mei Jin’s life. Even though Mei Jin escapes being imprisoned and prosecuted for now, how will she act in the face of Alpagu and Temur’s continuing suspicions against her? Will he be able to save himself from the wrath of Alpagu and Temur? Will he be able to convince Temur and win his heart?

Will Kaya be able to forgive himself?

Alpagu had invited all Turkish principalities to unite to fight against the Itbaraks. In order to regain the trust of his father Alpagu, Kaya had gone to meet with the Turkish Principalities, which were full of vengeance. Kaya risked his life and finally managed to get the support of the principalities with the help of Günseli’s father Özmen Bey. What will be the fate of Kaya, who both saved Alpagu from death during the war and was effective in winning the war by providing the support of the gentlemen? Will previous accusations or subsequent successes affect Kaya’s fate?

In the 26th episode of the ‘Destan’, Ulu Kam Archuray does everything he can to heal Alpagu Han, Temur, and Kaya, who was poisoned with cepir. But without the resin, they cannot be healed. How will Alpagu Khan and Tegins, who made a farewell speech with their children, get out of this situation?

Alpagu and Tegins, whom Obar poisoned with cepir, are about to close their eyes on their deathbed. While Akkız and Batuga were galloping towards the Sky Palace to cultivate the antidote resin, they encountered Obar and the Itbaraks, who had learned that the crown had been shattered. How will the duel of Batuga and Akkız, who came face to face on horseback, with Obar, who has sworn revenge, this time? What will be the choice between Akkız and Batuga risking their lives or growing the resin in the Gök Saray?

Lovers in the middle of the war

Akkız and Batuga, connected by Esrigün Kam with a belt; While they were coming to the Gök Saray to give tihad, they were faced with the disease of chepir. The lovers, who are the soul and heart of the Double-Headed Wolf, found themselves in the middle of a new war before they could even experience their happiness. What awaits this love in the ring of fire?

Call to all itbaraks on earth

Obar, who went to Esrigün Kam’s tent to take Barak Han’s crown with the news of the Russian ambassador, swore vengeance angrily when he learned that Esrigün Kam had destroyed the crown. Obar, who swore to take the lives of all Turks with the destruction of the crown, called all Itbaraks on earth to war with the Turks for revenge. What will be the fate of the war between the Gök Khanate and the Itbaraks, who flocked from all sides? Will history repeat itself or will it be rewritten?

Mei Jin, who had been in love with Temur since the day she thought she had lost Temur, could not win Temur’s love and was completely devastated when Temur called her ‘Passionate’ on her sickbed. Mei Jin, who was not able to get her love back in the face of all her efforts, and her pride was broken, will she continue to try to win Temur’s love or will she take revenge for this?

Kaya’s test with his love

Günseli, who was crushed under the embarrassment she experienced after Kaya forgave her; She had told Kaya that she would break up with him after she got better. What will Kaya do to not lose her in the face of the unexpected offer of her housemate Günseli? Will Günseli, who was crushed by her love and embarrassment, be able to stand by her decision?

Obar was not only able to obtain the crown of Barak Khan but was also humiliated by Alchin, disguised as Princess Sayina, in front of the Itbaraks. Dressed as Princess Sayina, Alçin had cornered Obar, implying that she was a descendant of Barak Khan and implying that she would start a revolt against Obar. Will the spy of the Celestial Palace, Alçin, raise all Itbaraks against Obar and dethrone Obar?