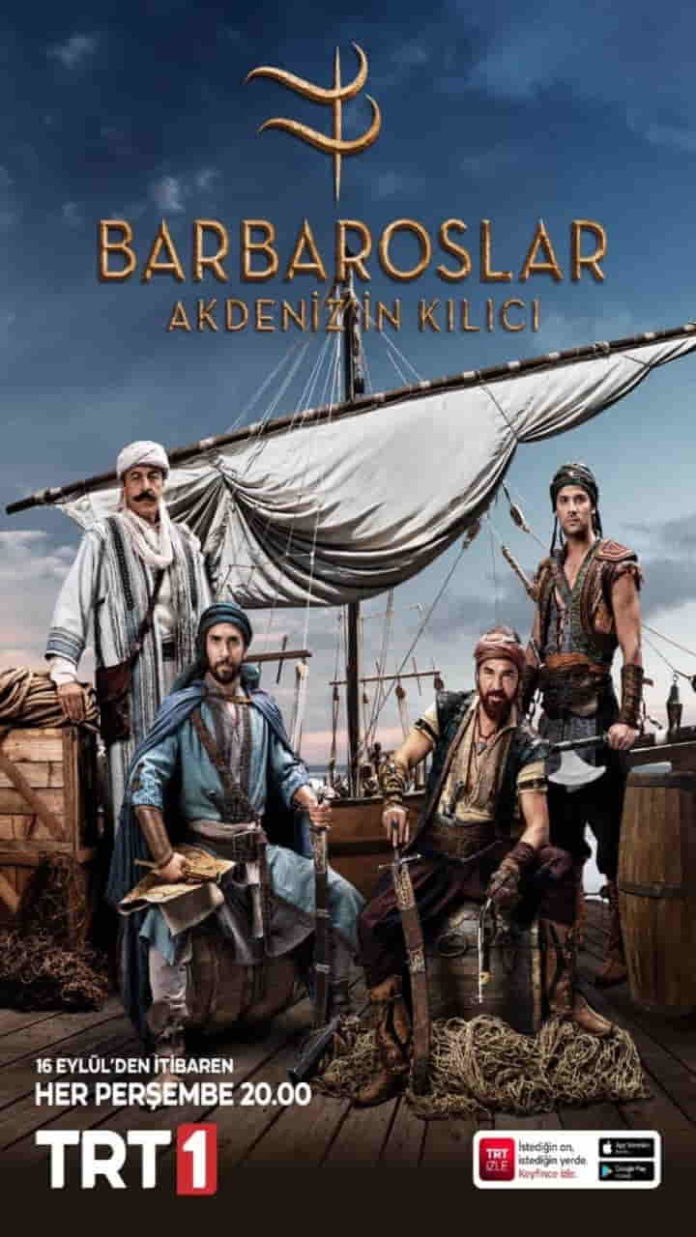 Barbaroslar: Akdeniz’in Kilici (English Title: Barbaros: Sword of the Mediterranean) is a Turkish historical fiction television series created by ES Film, starring Engin Altan Düzyatan and Ulaş Tuna Astepe in the lead roles. The series will depict the life of Barbaros Hayreddin Pasha, a “Kapudan Pasha” of the Ottoman Empire. Barbaros: Sword of the Mediterranean premiered on 16 September 2021 on TRT 1.

TRT’s historical drama, based on the life of “Barbaros” Hayreddin Pasha and his brothers. The series tells the adventures of Ishak, Oruc, Hizir, and Ilyas fighting high tides and the secrets of the seas in pursuit of the holy secret.