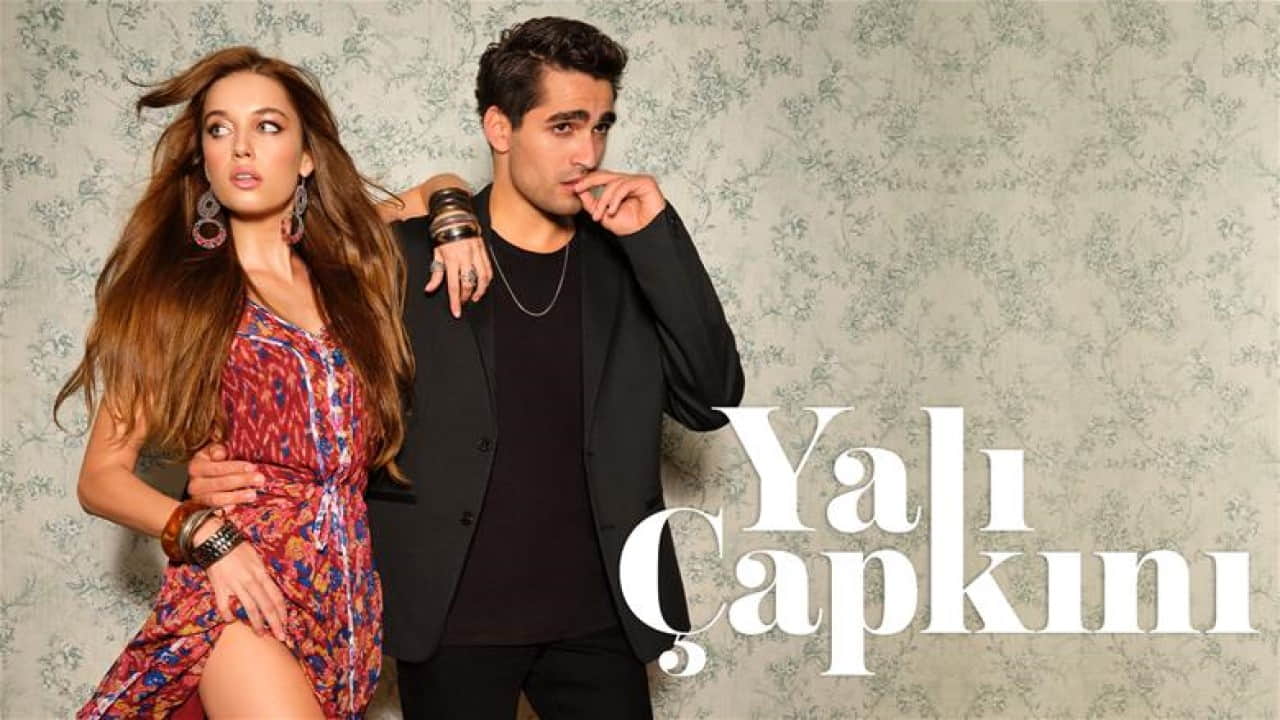 Yalı Çapkını (English title: Kingfisher) is a Turkish television series signed by OGM Pictures, which is directed by Burcu Alptekin and written by Mehmet Barış Günger. It stars Afra Saraçoğlu, Mert Ramazan Demir, and Çetin Tekindor in lead roles. Yalı Çapkını which will be broadcast on Star TV on 23rd September 2022.

The new series Yalı Çapkını, signed by OGM Pictures, will reveal a well-known story. The series will tell the story of a rich and flirtatious young man and a young girl living in Gaziantep falling in love with each other.

In the TV series Yalı Çapkını, the impressive story of a family will be told. In the series, which will be about the events that happened when a strong family from Antep married their irresponsible sons, the events of a girl who fled to Istanbul in love with a young person that the family did not want, although she is the daughter of an important tribe in Antep, is the subject of the series.

While the series tells a beautiful love story, it also tells a life story that turns into a showdown. Those who watch the Maraşlı series and love it will definitely want to watch the Yalı Çapkını series.

Ferit, whose irresponsibility angers his family most, especially his grandfather Halis Ağa, is decided to marry a suitable girl from Gaziantep. Although Ferit doesn’t want to get married, he can’t get over his grandfather’s words. Finding the right bride is the duty of Halis Ağa’s eldest bride, İfakat (Gülçin Şantırcıoğlu). The surprise to be experienced at the requested ceremony of Suna (Beril Pozam), who is suitable to be the bride of the Korhan Family in Gaziantep, will affect both Suna and her sister Seyran (Afra Saraçoğlu).

Taşhan, where the filming of the Yalı Çapkını TV series was made, is one of the inns in Gaziantep.

The shooting of the Yalı Çapkını series, starring Afra Saraçoğlu and Mert Ramazan Demir, started in Gaziantep, one of the important tourist destinations of our Southeastern Anatolia Region. Many different venues of Gaziantep, which is known for its historical and cultural richness, will be used in the TV series signed by OGM Pictures.

After Gaziantep, the shootings of the Yalı Çapkını TV series will be moved to Istanbul. It is shot in a luxury house in Istanbul.

Kazim and Esme’s little daughter. Like her older sister, she is one of the young girls of Antep who are pointed at. She is at least as beautiful and educated as her older sister. She dreams of being able to read and stand on her own feet. She is a compassionate, loving girl who can become irritable when appropriate. With her stubbornness and perseverance, she never stops fighting to take control of her own life.

Grandson of Halis Ağa, younger son of Orhan and Gülgün. Ferit is diabetic. Due to both his illness and being the youngest son in the house, he was pampered from childhood and most of his wishes were answered yes. Since he studied abroad at the university, he could not internalize the rules of the family very much. It is in conflict with the rules. He is handsome, frivolous, crazy, funny, and flirtatious, but he has never been in love yet.

The head of the Korhan family. Ferit’s grandfather. While he was one of the best faithful masters of the country, he retreated due to the diseases brought by old age and handed over the business to his son Orhan. However, Halis Ağa still makes all the important decisions. He is an authoritarian, prescriptive, tough-tempered man. While he challenges his own body by trying to embroider jewels in his room, he also reveals his inner conflicts with the diaries he keeps.

She is Kazım’s aunt. Esme, Suna, and Seyran also call her aunt. She is an authoritative, tough-tempered woman. While she was one of Antep’s daughters who were pointed out at the time, her father did not marry her to anyone. Her father was subjected to both psychological and physical violence until his death and internalized this violence. That’s why she supports Kazım’s harsh attitude towards his daughters.

The great widowed bride of the Korhan family. She came to the mansion as a bride at a very young age, upon the approval of Halis Ağa. She lost both her husband and the baby in her womb as a result of a traffic accident at the beginning of her twenties. On top of that, her mother-in-law’s heart could not stand these events and the family suffered painful losses one after another. Halis Ağa healed the wounds of İfakat, which he regarded as his son’s trust, and positioned her as the lady of the mansion. Accomplice considers the interests of the family more important than anything and everyone. There is no limit to what they can do so that the Korhan surname is not tarnished.

Son of Halis Ağa. Father of Ferit and Fuat. Orhan is a successful businessman, but Halis Ağa’s hand skills did not pass him. Therefore, no matter how successful he was at his job, he could not please his father. Although he gives more freedom to his sons than is given to him, his only request from them is not to lower their heads against Halis Ağa. He married Gülgün at the request of his father, without ever knowing them. The feeling he felt for his wife was not love but love and acceptance. He is a compassionate, understanding, and spiritually lonely man.

Orhan’s wife, Ferit, and Fuat’s mother. She was born into a middle-class family. While studying architecture at the university, she left the school by agreeing to marry Orhan without knowing it, as Halis Ağa’s son Orhan considered it appropriate. She has improved a lot over time and has taken on the role of the family’s showcase bride. Gülgün is a woman who avoids confronting the events and can continue with her life by choosing to ignore whatever happens.

He is Ferit’s bodyguard and driver. But there is more of a brother-sister relationship between them. His father died when he was a child, and his mother remarried. As a result of his stepfather’s disapproval, he left school at a young age and came to Istanbul, and worked in many uncanny jobs. After years and growing up, one night, by chance, he saves Orhan’s life and he works at the mansion to this day. He is distrustful of women because of his relationship with his mother.

Kazim and Esme’s eldest daughter. She is one of the young girls of Antep. She is both more educated and beautiful compared to the environment. Her dream is to build a happy home and escape from the mansion she lives in. She loves her sister and mother very much. She’s willing to do anything for both of them.

Yalın’s eldest son is Ferit’s older brother. He is a responsible, hardworking person. Unlike Ferit, he did not go out of his way even once and tried with all his might to meet his expectations from him. He always put his own wishes and desires in the background. Although they met with his wife Asuman in an arranged manner, they fell in love with each other and got married. He very much wants to be a father. But she hasn’t had a child yet.

She is Fuat’s wife. She is the daughter of a respected family. She is a kind-hearted, emotional woman. She is a graduate of foreign trade, but she has never worked. Her arranged relationship with Fuat turned into a love marriage. The only problem in their marriage is that Asuman has not yet had children. Although this is not a very important problem for Asuman, she has become increasingly lonely due to the attitudes of those around her.

She is one of the servants of the lean. Wife of Ibrahim, mother of Fırat and Dicle. She is a charming and sensual woman. She is a secondary school graduate. She is a good, loving mother. There is no limit to what they can do if they feel their children or family are at risk. She is very adept at manipulating people.

She is a lean cook. Her husband died at a young age and never remarried. She has no children. Her life is a mansion. That’s why she knows many secrets of the people in the mansion, but she keeps them. She is a kind, cheerful woman who is loved by everyone.

Seyran and Suna’s father is Esme’s husband. He is one of the popular names of Antep. However, he applies psychological violence to both his wife and daughters at home. Kazım fell in love with his wife Esme at first sight. However, after he got married, he found his wife ignorant, lame, and uncouth and could not fit her with him. He even got angry with himself because he loved his wife, and he abused her just for this reason. For this reason, she spent a lot of money on the education of her daughters. He sees his daughters as the guarantee of his future.

Housewife. Suna and Seyran’s mother, Kazım’s wife. She grew up in a poor family. She is uneducated. Her opinion was not even asked while getting married. After her marriage, her husband Kazım could not fit her because she was ignorant and positioned her as a servant at home. Esme, on the other hand, is a woman who does not find these strange and sees them as the natural flow of life. Esme’s only motivation is for her daughters to make good marriages and be happy.

He serves Halis Ağa and is responsible for other employees in the mansion. Although he dresses in the same style in the mansion, he is an elegant and meticulous man who is fond of dressing. When he goes out, the other servants envy his elegance. He is a sweet man. He establishes his authority not by shouting, but by his looks. He is deeply attached to Halis Ağa, but he has also kept very important secrets from Halis Ağa so that he does not get sick or unhappy.

She is Ferit’s girlfriend. She is studying in the fine arts and ceramics department and lives apart from her family. She knows that Ferit is with other girls from time to time, but she doesn’t care. Because she thinks Ferit will leave her if she causes trouble. She is in a conflict between her love for Ferit and her pride.

Halis Ağa’s driver. Sultan’s husband and the father of Dicle and Fırat. He is devoted to his wife. He is a well-intentioned, loving, pleasant conversational man. He’s afraid of breaking a heart. After Halis Ağa’s retreat to the mansion, he starts to take care of small errands. He dreams of being rich and does not hesitate to take risks to achieve it.

She is one of the servants of the mansion. She is the daughter of Ibrahim and Sultan. She is studying at an open high school. She is not a very successful student, and she does not like the life she lives. She has a jealous side.

He and Seyran are classmates from high school. The attraction that started as a child between them increased over time and they became lovers. Yusuf lost his father when he was young and had to work to support his mother since childhood. Yusuf’s realities clash with Seyran’s dreams.